Now, that I have written of my husband's passing, I can now write about all the mis-steps along the way. There was:

First, the complications of Covid that delayed appointments from March until May. In fact, it wasn't until July 8, 2021 that he received his Cancer diagnosis, a full 4 months after the onset of the symptoms. Once identified, though, he was slotted into a treatment schedule quite quickly. Radiation and chemo. started in August. His surgery was set for mid-November and fortunately, it wasn't cancelled or delayed because of anyone along the way getting Covid. 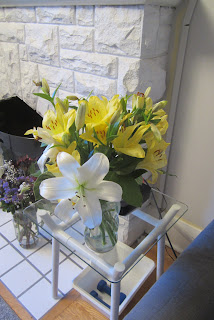 Secondly, although, as I said in my last post, the surgery was a success, there was some spread to lymph nodes. We just had to wait it out. A growth was removed from his chest cavity in April and he complained of a sore leg in May. This is where the medical staff dropped the ball.

a. The growth was Sarcoma, a cancer that usually starts in the arms or the legs. (Think Terry Fox)

b. No one checked these areas and when he complained of pain in his leg, he was sent to his family doctor, because no one at the hospital thought it was Cancer related. 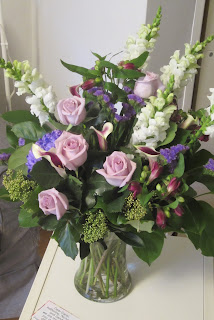 c. Our family doctor sent my husband for X-rays. They identified and area of concern. We took the disk immediately to the hospital. They couldn't read it. They did their own scan a week later and couldn't find anything. It was only when he had his CATscan that they identified Cancer in his leg that was so advanced, he had to have another operation to insert a Titanium rod into his thigh to stop the leg from breaking.

d. We knew in September 2021 that his Cancer was resistant to chemo and radiation, so I am sure any earlier intervention would not have stopped the spread, but it would have given us a little more confidence in the medical community looking after him, had they taken the time to look a little further, when things "cropped up." 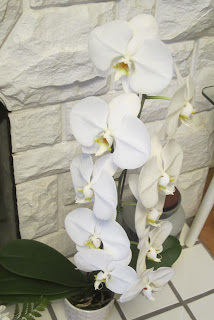 e. My husband was also the victim of staff changes. Both his chemo doctor and his radiation therapist abruptly left their positions at the hospital to be replaced by people who had not followed my husband's case from the beginning. Never a good situation.

Finally, it's important for me to record these events, as a reminder of the struggle my husband went through. Although it is hard for me, now, to revisit that time, it was devastating for him, then, to accept death.