.....our word today is "scale." It's a word that my writing partner has chosen for our writing challenge. Well, this, for me, will be a challenge indeed. Yes, it's a simple word, but the scale, that physical measuring device, was the single most import element in my life from March 2020 to October 2021.

It has taken me a while to write of my husband's passing, but for this weblog to be a truly comprehensive diary, I must write about the very sad things too. It's been a year now and many "things" have been put to rest. His memory never will be.

My husband died of Esophageal Cancer. The onset of the disease is the inability to swallow, to consume food. We did our best with soups and puree´s but there was a steady weight loss. We monitored it daily. Prior to his operation he had a month of radiation and chemotherapy. The pain of the radiation made it almost impossible to eat. We persevered and he weighted himself every morning. He continued to lose weight. 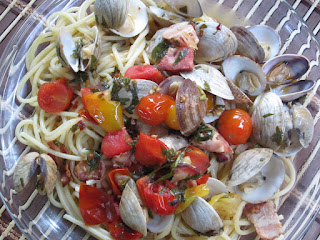 I knew he would have to have enough stamina to endure an eight hour operation, so I pleaded with the hospital to intervene, when he dropped below 90lbs. Fortunately, they did. He was fed intravenously for several weeks and gained 10lbs. The operation was a success. However, removing the lower esophagus and connecting the stomach to the upper esophagus meant that although he could eat now painlessly, he never felt hungry. He had to force himself to eat.

I tried my best. I added powdered supplements, where I could. I cooked foods rich in carbohydrates, fats, anything that would put on weight. He recorded his weight daily. The scale was a testament to our success or not, as the case may be. 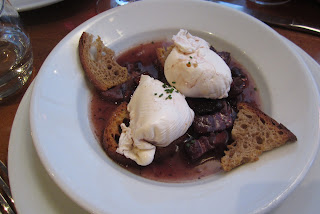 Unfortunately, although the operation itself, was a success, the Cancer had progressed. When the obvious was evident, he said, "If I'm going to die, I will give up the one thing I hate doing the most. I am going to stop eating."

This was from a person, who loved food. It was his entertainment. He read every restaurant review he came across. He subscribed to Toronto Life for the restaurant recommendations. We went often to lovely places and ate exquisite food. We travelled to countries known for their interesting cuisine. We spent Februaries in Spain and went to the markets daily, more for the fun of it, than for the actual need. Even now, that he has gone, we still sit around the table, when we get together as a family, and talk "food." 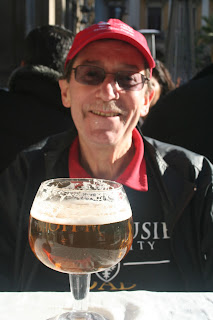 Although, a year has passed, I still use our scale every day. It reminds me of that daily challenge. Some people begin their day with a coffee, a prayer, a something..... We began it by "weighing in." It was a moment in time, when we held our breath and hoped for a pound or even an ounce or two, that I need to reenact.

Yes, I have scaled things down to their basics. I sympathize with the Librans, my son is one. Their symbol is the scale. They are always struggling to be in balance. My husband was a Taurus, an earth sign. To me he was the earth; he was my rock. I now must scale the challenges of life on my own.

There seems to be an incredible irony in all of this. Somehow, what you love the most can come back to haunt you, and maybe even destroy you. Still we must put everything in perspective, into scale. Death is a fact of life. I celebrate the fact that he had over 70 years of it - life, that is, and he had a wonderful one!

The pictures - pasta with clams at home, eggs meurette in Paris, beer in Barcelona.