The Duchess of Wessex....

.....I have not commented on the very silly antics of "some very minor people" who have a lot of money and who feel that they need to be considered important. OK, she manipulated herself into a minor role in a dramatic series, "Suits," which aired on a secondary network. She also had her sights on a title - doesn't everyone, who wants easy fame, and/or lots of money. She charmed herself into the life of a prince, several slots away from the throne, and managed to get him to marry her.

She had a son - a great-grand-child to a woman far her superior. So, she got the job - Duchess of Sussex, but didn't want to do the work - go-figure. She wanted the title, the money, the prestige, without doing all the bowing, smiling, dressing for the cameras..etc. Somehow, she must have thought that royalty was an easy ride.

So she started to play the cards - bi-racial, American, divorced, independent woman etc. Did she never think that the monarchy had been there before and that she was just another mistake to be "dealt with"?

May she fade away like all the others of her ilk. Wallis Warfield Simpson comes to mind. May she live and die in that obscurity, in that virtual exile. Certainly ignored, in fact, possibly hated, by many, while those who chose duty over petulance, live the beautiful lives of the role models they are - worshipped for their diligence at keeping the faith, setting an example, putting duty before pleasure, and generally reminding everyone that we are dependent on one another, we support one another, we respect one another and we play the games that get us through life, by making ourselves and everyone else stronger. Rather than being pathetic weaklings, needing sympathy and generally luring the emotionally immature into their maelstrom. 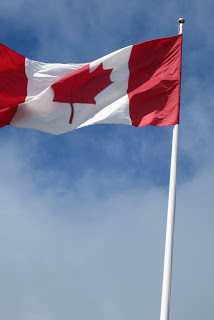 I think that her current title should be revoked. I'm sure Sussex wouldn't mind. Personally, I don't think that she or her husband should have titles at all and certainly none of their offspring.  May I offer another title, should she need one - the Duchess of Wessex. Now, Thomas Hardy may object, as would his hard working heroines - the county, of course is novel (she doesn't deserve literary); it is imaginary, as are most of  her illusions, and Wessex is inherently tragic - may she meet the fate of any or all Hardy's Wessex characters.

...and on the topic of sadness, a tribute to Prince Phillip, Duke of Edinburgh, may he rest in peace. Even at 99, he may have been brought to an earlier grave by the antics of a particular grandson. Still because of Prince Phillip's commitment to duty, we are all a little happier in our small little lives because he chose his duty over his preference, and as a result we are all doing our duty and sucking it up rather than complaining that $10 million isn't enough.

Have a hardier day

The picture - strength from my hardiness zone!

PS. Did you know that we all have hardiness zones - Mine is 6b - what is yours?