Our writing word for today is "change." I have always maintained that change is the only constant, well maybe not. Maybe the more things change, the more they remain the same.

For some reason, there are always dictators. Democracy is challenged in the most democratic of countries. There are still the poor, the homeless, the starving. There is still war somewhere. Peace is merely a "time out." Time to catch one's breath, gather some capital and then start all over again. We have only to look at Northern Ireland.

There is racism everywhere. Certain cultures are being purged daily. Free speech is silenced. Journalists are incarcerated and/or killed. The list goes on. Nothing, it seems has changed over hundreds of years.

Something there is in the human psyche that is always ready to explode. It's buried like a mine, just below the surface. Say the wrong thing, create an awkward situation, or look a little suspect and you could be destroyed.

Are we genetically programmed to remain the same?

It wasn't that long ago that a divorced American celebrity challenged the Crown. It is now happening again. 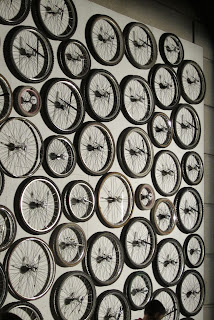 Change may not be merely two steps forward, one step back. It might be constantly turning in the same frustrating circles, waiting for the end ...or...

Turning and turning in the widening gyre
The falcon cannot hear the falconer;
Things fall apart; the centre cannot hold;
Mere anarchy is loosed upon the world,
The blood-dimmed tide is loosed, and everywhere
The ceremony of innocence is drowned;
The best lack all conviction, while the worst
Are full of passionate intensity.

Surely some revelation is at hand;
Surely the Second Coming is at hand.
The Second Coming! Hardly are those words out
When a vast image out of Spiritus Mundi
Troubles my sight: a waste of desert sand;
A shape with lion body and the head of a man,
A gaze blank and pitiless as the sun,
Is moving its slow thighs, while all about it
Wind shadows of the indignant desert birds.
The darkness drops again but now I know
That twenty centuries of stony sleep
Were vexed to nightmare by a rocking cradle,
And what rough beast, its hour come round at last,
Slouches towards Bethlehem to be born?

"Psst, buddy, can you spare some change?" I wish I could.

The picture? The best I could do for circles.

Have a thoughtful day.