Hiking - "I don't like either the word or the thing. People ought to saunter in the mountains - not hike! Do you know the origin of that word 'saunter?' It's a beautiful word. Away back in the Middle Ages people used to go on pilgrimages to the Holy Land, and when people in the villages through which they passed asked where they were going, they would reply, 'A la sainte terre,' 'To the Holy Land.' And so they became known as sainte-terre-ers or saunterers. Now these mountains are our Holy Land, and we ought to saunter through them reverently, not 'hike' through them."
- John Muir 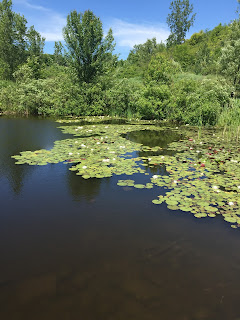 I have to agree with John Muir, Nature is a sacred place. It's where we go to repair our collective souls, get back to our roots (no pun intended) and put everything into perspective. I do, however, like the word "hike." It makes me feel, as though I've, at least, got some exercise. 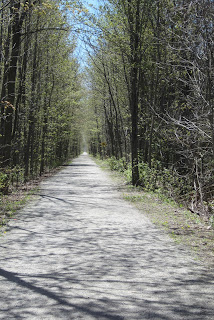 Just as an aside, "The Holy Ground" title of the post is a nod to another area that has been elevated in song, sea shanties mainly. It refers to the red light districts in port cities that house prostitutes. I don't saunter through these though, just sayin'. 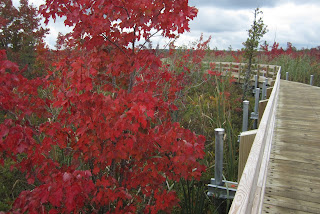 The pictures? Places to saunter. They're not mountains, but they are closer to home. And in the Fall they are red leaf districts. :)