Our writing word for today is "tone." It might be one of the most understated words in the English language. Tone means everything, especially in language. The tone of a phrase, the tone of a meeting, something said one way, can mean the exact opposite said another way.

The tone of one's voice can turn people off, just as easily as it can turn people on. How many times have you left a speaker, because of a strident voice and how many times have we sought out a person, just to hear the rhythm and cadence of their voice. Evangelists, politicians, great speakers in general, win people to their way of thinking, not so much by what they say, but how they say it.

I'm reading a book now, Captain Corelli's Mandolin. I had trouble at first "getting into the book." It was a little dry. The setting - a greek island under Italian occupation during the second world war - was not actually what I had intended to read, but it was recommended. What hooked me on the book, though, was its tone. It is elevated. In fact, halfway through the novel, I have a list of 15 words that I have never even heard of (of which I have never heard). Here are some of them, with definitions - 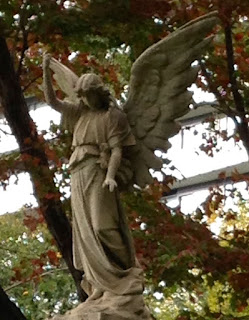 Many of the other words were related to trades or technical terms, but, since the book, uses a lot of metaphor - comparing a woman to a mandolin, for example - these would be appropriate. I have said before, I am a wordsmith. I love words either on their own or in combinations.

I can now say of the long suffering women I have met, "She was indeed caryatidic. Draped in a mantel of stony resistance, her face grey under the burden of duty, she continued to support the institution."

I'll leave - stygian - relating to the river Styx, for another day. I also love mythology!!

The picture? The best I could do for a caryatid.
Posted by Carol Tomany at 8:47 AM No comments:

Our writing word for today is "muse." It's my offering and it came to mind because my creative muse has been hiding somewhere and I can seem to find her. I thought that maybe, if I wrote a post about a creative muse, she'd come out and prove me wrong. She's an antagonistic sort of muse - go figure!!

Art whether it be writing, drawing, needlework, photography....the list goes on...has been eluding me these days. I know I have too many irons in the fire. Well, I can't write my book because I need to find a particular reference book, which is $40.00 on Amazon (down from $60.00) and I'm still too cheap to pay that amount. I've tried ordering it from the library, but, since it isn't in their collection, I had to fill out 2 request forms to retrieve it from someone else's system. I still haven't heard. And I missed the sale at the Toronto Reference Library because I was recovering from my shingles shot. Something, there is, that doesn't like "creativity."

I haven't been drawing either. It takes me a long time to complete a pencil drawing and in my agitated state, I don't seem to be able to sit long enough to get anything started let alone finished. Also, I often think, when I'm about to pick up pad and pencil, that I should be doing something more important, such as, cleaning the bathroom :( 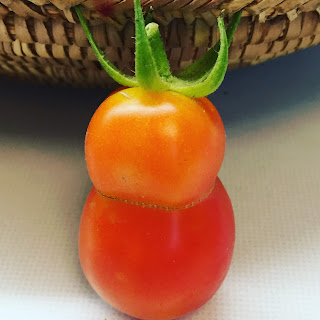 Don't even get me started on needlework. I have a fair isle sweater on the go. Two dresses to finish. Several other dresses to start and I should be doing lots of needle felting, as well as, creating some crocheted jewellery for a class - sigh! Maybe, if I emptied out my project box, I'd find my muse weeping at the bottom of it!!

Actually, I have been cleaning. It's what I do when I can't create. I re-did the emergency phone number list on the fridge and tidied up the fridge magnets. I cleaned out the odds and ends drawer and sorted my spice cupboard.  I even went as far as deciding to get a new address book. Who has an address book these days, anyway? Well I do. Yes, I could lose my phone and then I would lose contact with all the people who keep me tethered to this earth.

I am now on a quest for paper refills for a leather address book I bought 40 years ago from Grand and Toy. It was made in Holland and it probably doesn't exist anymore. I may have to make those refills myself. Usually when I start cleaning, I get very bored and find a diversion - read creative project. I guess, I'm on the right track. I also read a post from BrainPickings, that has inspired me. And last night I posted to Instagram with this picture of a tomato from the garden. Something there is that likes a red-hot snowman to keep the iceman at bay!!

Posted by Carol Tomany at 7:30 AM No comments:

Who Would Have Thought.....

Who would have thought that building a website could be that complicated? Well, certainly not me!! OK, I’ve had a website since 1996. In fact, I’ve had several websites over the years, when products were just listed for viewing and shopping carts weren’t a necessity. I actually built a few of these sites, myself, using basic HTML and other designers build a few more, to show them as examples of their work.
Things, as always, became more sophisticated (read complicated) and I needed a shopping cart. I found an inexpensive web designer who created a site, in something called, oscommerce. I loved it! Unfortunately this designer decided to go back home, sigh! I then went on-line to look for another designer – very scary. I found a woman with an Australian accent, who was born in Russia and lived in Brooklyn. What could possibly go wrong!!
Well, her initial quote was $2,000.00 to $3,000.00. The site ended up costing me $7,000.00 and I still had to load all the products back in, because – you guessed it – something went wrong. Sigh! Now, I have had this site for 11 years, so, in spite of some “quirks,” it has worked for the most part.
Enter Google. Google has decided to make the world, or a least the cyber world, a better place. It has demanded that all sites have a security certificate. I have always had a security certificate, but Google has decided it doesn’t like my oscommerce site for, what I am told is, “old code.” Time to build another site.
Fortunately I had been working on a WordPress site for sometime now and all I had to do was finish it. Sounds simple enough. “Simplicity, thy name is not code!” However, once mastered, code, as WordPress likes to say, can be poetry. In an earlier life, I taught English in High School. Poetry can come back to haunt you, as in a favourite line from e.e.cummings – “Pity this busy monster manunkind, not.”
And in case you wanted the entire poem –
Well, I’m not about to go next door, just yet. Here is our new site - infiknit.ca - and I plan to add e-patterns from Queen Anne’s Lace, downloadable stencils for needle felting and some other “stuff,” as it becomes available.
Have an awesome day!!
Posted by Carol Tomany at 8:11 AM No comments: