Our writing word for today is "trick." It's my word and I thought of it after spending an hour or so on-line looking for something that would outsmart or trick a groundhog. Last year, a groundhog ate all of my strawberries, most of my eggplants and too many of my tomatoes. Sigh!

I wanted to be ready for him this year! There was a lot of "ammo" on-line. In fact -

1. I could buy a solar-powered sort of siren that would make an annoying noise every few minutes to scare him off. But then, I would hear the noise too and that would put me off! 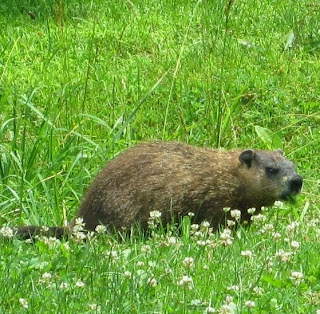 2. I could build cages around my plants and have a really ugly looking garden. What's the point of that. I need a "pretty" garden.

3. I could buy some decoys. In fact there was a rather unique alligator's head resting in a pond that might work. But then I would have to have a pond and somehow, I don't think the fear of alligators is instinctive to northern groundhogs. 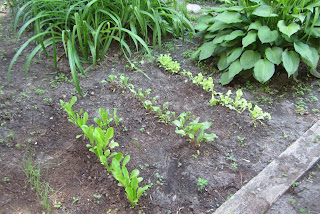 Somehow, I think the groundhog may have already won. And even if I did scare him off, there are still the raccoons, the squirrels - yes they eat "stuff" and the rabbits. Have you ever felt that nature may be against you - something there is that doesn't like vegetables, or maybe likes them too much!

Have a rewarding day!!
Posted by Carol Tomany at 7:47 AM