Our word for today is "pipe." Again a word with so many meanings. Given the mood of today and the ugly people who have been voted in to "rule" us, the first image to come to mind is "pipe bomb." An angry populace revolts. They make weapons at home, pipe bombs, to throw at the enemy.

I can't dwell on anger very long. It will destroy us! I have to turn negative thoughts into positive ones and wait for an election or an early death for these perpetrators of hate. Here are my positive takes on "pipe."

Years ago, I thought that a man who smoked a pipe was distinguished. They were thoughtful people, philosophers, perhaps. They took a puff and pondered. We now know better. Even so I still remember a man, a friend of my father's, smoking a pipe on his veranda under a lattice of Dutchman's Pipe, a pretty climbing vine, like the smoke from his pipe. It was a poetic moment! 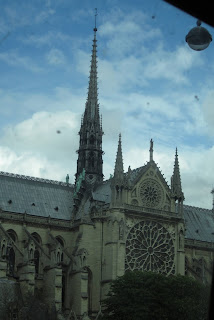 Nothing stirs my heart like a piper. Once when we were travelling back to Scotland to visit my mother-in-law, we landed on the tarmac at Prestwick and a piper piped us down the gangway - home. I was in tears. Again, once and only once, I was treated to the scene of the lone piper, practising, while walking in the highlands. I can understand how you can't really practise piping in a confined area - there are Philistines who hate the noise. Nature is more accommodating! 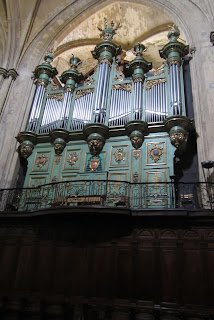 I love cathedrals with pipe organs. Religion, at its worst is a destructive force, at its best, an inspiration, which has given us the finest art, architecture, poetry and music, we will ever know. Years ago I had a LP of organ music. I played it in my room and read poetry. My mother told me to turn it down. Something there is that doesn't like a fugue. 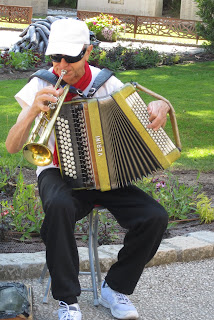 Pipes are conduits. They facilitate the passage of air, water, sound and more. Our bodies are an intricate lacework of arteries and ducts, to keep us going. Houses are plumbed with pipes, for our convenience. Cities bury their piped infrastructure and the world hides cables and gas lines, while it digs tunnels to underground laboratories. 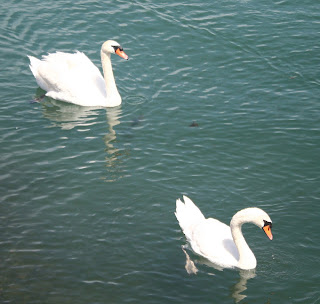 Birds pipe. Their piercing trills add music to a summer's day. They are given names like Sandpiper or Piping Plover. Musicians pipe. Blowing air through a reed and a tube, they make sounds to save our souls. People pipe. They force air over voice chords to sing songs, such as, "nine pipers piping."

The pictures? The best I could do for piping. Yes, I know, swans don't pipe, but they're pretty.

Have a musical day!!
Posted by Carol Tomany at 8:19 AM