Our writing word for today is "passage." I always think of passage as a very grand word. It reminds me of long journeys by sea to distant lands. Wealthy people booked passages on steamships to the Orient. Or they took exotic train journeys, rail passages, to Istanbul. 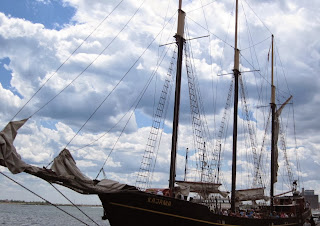 The poor took passages too. Their journeys, though, were not as grand. For them the only luxury was to, hopefully, escape their poverty in a new land. In fact, people are still taking passages today in crowded boats, or trains and busses to again hopefully find freedom.

We often speak of a "rite of passage." These are markers in the journey of life. Some are grand and celebrated - birth, adolescence, marriage, death. Others are small, but important too - learning to skate, swim, ride a bike etc. 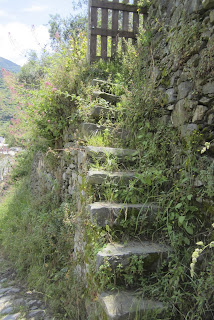 Always, though, with a passage there is the sense of completing something, or achieving something, of going through a trial and coming out at the end, a success. I think of tunnels as passages. I know bridges, paths, trails etc are passages too, but tunnels suggest a journey into the unknown. It's a time of darkness, even ignorance, but also, hope that we will come to some knowledge or understanding with the light at the end of the tunnel. 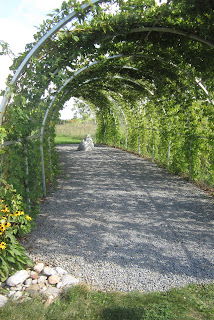 Some people have trouble with even the smallest or shortest of passages. I'm sure, we all have that friend, who never left home, who never graduated, never "grew up." Then there are those who constantly set themselves up for the most challenging of passages - Mt. Everest anyone? 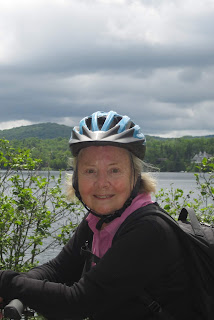 Being a type B personality, I fall somewhere in between. I know I have to challenge myself daily or I will never grow, however, I am realistic. This does not mean that I won't run a marathon, it means, I know I have to train before I run one. I follow a group on FB called "Growing Bolder" (as opposed to growing older). They keep posting these stories of people who are achieving the most amazing goals at 70, 80, 90 & 100+

Now where are those track shoes?