Our word for the last few day has been "hostile." With the election and all, I haven't found the time to write, until now. For better or for worse - here it is.

Yes, we live in hostile times. One year under the Trump administration and Canadians have been turned away at the border, insulted often and, generally, treated like some nasty disease. Sigh!

Even if we ignore the border and focus on what is Canadian, we see so many problems, as well, at home. There is gun violence, unheard of in the past. There is no affordable housing. It's hard to find meaningful work that pays a decent wage. Our infrastructure is rotting. Huge high rises dominate the landscape. Construction is everywhere. Common activities, such as, biking and walking are dangerous. The world seems to be against us. 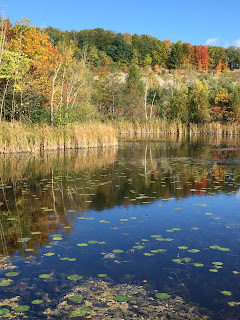 Words, like peace and harmony, rarely come to mind and if they do, it's a memory. Even our quiet neighbourhood has been decimated. Eight house to the east of us have been sold to build townhouses, which will increase the density from eight households to forty or fifty. Families that we have known for thirty years have moved. It's sad.

A good deal of the unrest in the world is because of climate change. There are now deserts where arable land once was and the farmers have moved. There's no work for them or their children. It's easy for right wing ideologies to bind jobless people into a fighting force to destroy what they can't have. 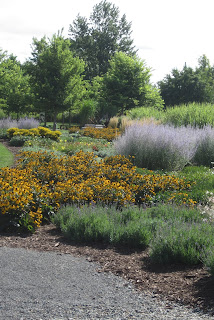 Hordes of people are trying to escape this destruction, forcing themselves on other countries, which have their own problems. There is a huge imbalance now, too much unrest.

At some point, though, the pendulum must swing to the left and we will again have a sense of freedom, peace and harmony. Unless, of course, the pendulum is a wrecking ball.

The pictures?  -  peace and harmony

Have a thoughtful day.
Posted by Carol Tomany at 8:49 AM