Our word for today is "crowds." It's from an article I was reading about the crowds of tourists practically destroying the treasures they have come to see. I have said before, there are too many people in this world. That being said, I still find it eerie to be alone in a deserted area. 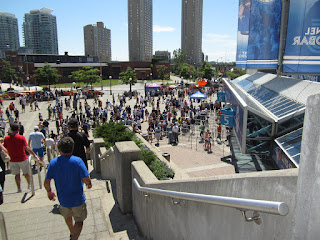 We had an encounter in Barcelona a few years ago. It was just off Las Ramblas, which was crowded with tourists, however the side streets were empty. We were approached by two man, who fortunately didn't take our money, although they did ask for our passports, which we had decided to leave at home. It was unnerving. 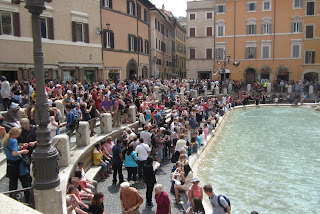 In Malaga, if you go up to the castle along the south walk, there are streams of people. If you go up on the North side, there are very few people, and some of them are a little strange. We tend to stay on the more travelled paths. However, even on a busy walk once, we suddenly found ourselves alone, facing a weird woman who was trying to take my wallet, while selling me Rosemary. 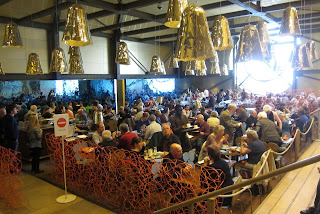 Both of these incidents happened in winter. I have seen the crowds in early June and I'd never go anywhere "famous" in July or August. Even September is iffy. There was a time, in the late '60s, when I travelled in Europe and no one was there. One or two people were at the Trevi Fountain and 15 or 20 were in the Sistine Chapel. Fewer, at Notre Dame. There were no line ups. It was a different world. A normal world - not the frenzied hysteria, I see now. Venice might very well become another Atlantis, buried in the sea, if something doesn't happen soon.

The pictures? The busy-ness of people. Sigh
Posted by Carol Tomany at 8:21 AM