Our word for today is "utensil." I've said before that I'm a gadget freak. I have posted about sieves, may even have waxed eloquent about them. I have also written about cherry pitters and melon ballers. Today, I decided I had to write about a runcible spoon, from The Owl and the Pussycat. 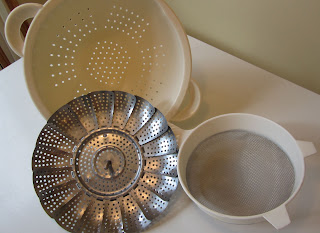 When I first read the poem, I thought that a runcible spoon was a spoon with a lovely scalloped edge. My mother used to have one and I decided that a whole service of them would be so elegant. It also reminded me of my mother's grapefruit spoons, which had serrated edges. The idea was you didn't have to go to all the trouble of preparing the grapefruit, you just had to cut out the wedges with the spikey end of the spoon. This wasn't a spoon; this was a weapon!! 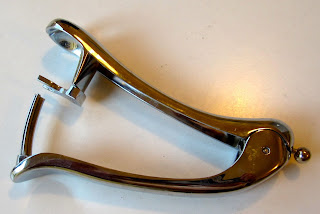 Sadly, I found out, recently, that Edward Lear had made up the word runcible. It's a nonsense word. Oh well! It's not exactly like finding out there is no Santa Claus, but to a gadget freak, it lowers the inventory. 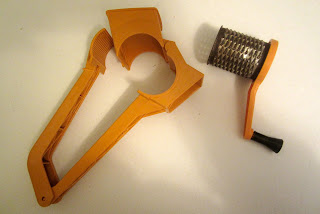 I wonder, if you can know a person by the gadgets they keep. A friend of mind told me once that her husband married her, because she had more power tools that he had. I swear my father never owned a screw driver, or if he did, he could never find it. He destroyed every paring knife my mother had. After my mother died, my sister and I found bags of paring knives in her closet. 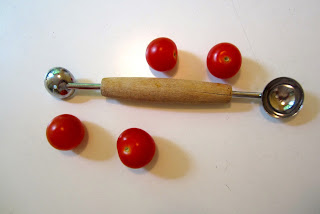 The fact that my mother could own spoons with both scalloped and serrated edges probably says a lot about her mood swings. My grandfather owned just a small pen knife. He was a simple man. I have always wanted a Swiss Army knife, but could never justify the weight against the number of times, I would use it. I have used a can opener to get into a frozen car, though and repaired a mortise lock - so a skeleton would let me in :)

My love of gadgets probably says that I'm a little mechanical, maybe predictable and I am resourceful - gadgets can be used in so many different ways. I am also a little detached, more cerebral than emotional. I know, I'm better at fixing "things," than relationships and I admire ingenuity.

The pictures? Gadgets and gizmos galore!!
Posted by Carol Tomany at 8:52 AM