Our word for today is awe - a feeling of reverential respect mixed with fear or wonder. I like the synonym "wonderment." Too often we use words such as awesome, awful, overawed, without thinking. The feeling of awe is quite profound. I think it should be reserved for those fall on your knees moments of real wonderment.

There have been a few times in my life, when I have been truly awestruck. The first that comes to mind was a moment, about fifty years ago, when I happened upon the Rosetta Stone in the British Museum. I wasn't actually looking for it. I was just browsing through the marbles stolen from the Parthenon, when I stopped and looked up, or maybe that should be looked down, because there it was on a pedestal about three feet in front of me. 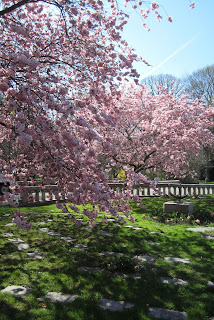 Anyone interested in languages will know of the Rosetta Stone. It's an ancient artifact, which helped scholars decipher Egyptian hieroglyphics. Some studies suggest that it was also key in deciphering other ancient languages. Why should this relic be so awe inspiring? No only did it help us unlock the secrets of the past, it gave us a way of understanding ancient forms of communication. I am fascinated by how people communicate with each other. 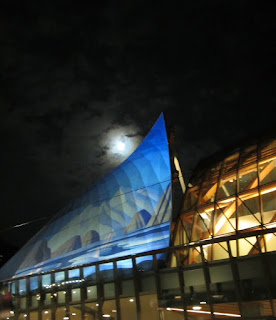 Another fall on your knees moment was more recent, but also in a museum. I was at the Yves St Laurent museum in Marrakesh, where life changing moments in fashion are housed. I know some will roll their eyes at the thought of fashion, clothing, being pivotal. However, to a person who works with fibre and fabric, the inventiveness of his creations, which liberated the female form, is stunning. The permission to wear a man's suit, or a moroccan caftan, for example, turned the page on what was considered acceptable dress for women. 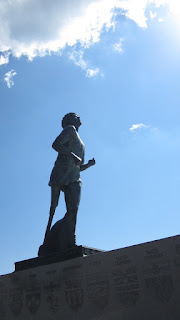 The last moment that I can really call "awesome" happened somewhere in between these two events. It was outside, on Yonge St. in Toronto and it passed so quickly, I almost missed it. I was walking toward a subway station, after an appointment, when a crowd seemed to develop. The group was moving north and they had a police escort. I looked over and saw a young man with sandy hair, limping determinedly forward, onward. It was Terry Fox on his run across Canada. I opened my heart and my purse, such was the impact of his presence. He is still truly awesome.

Choose wisely your use of the seemingly simple three lettered word, awe!!