Our word for today is "locus," which the dictionary defines as, a place, position or location. I found it in a mystery book by Ann Cleeves. It suggested something important.

The locus of a crime, for example, might be where the crime happened or where a body was found, but the person not actually murdered - more mystery. The locus of a disease may never be found and people are then forced to live with what doctors consider an imaginary ailment - imaginary, maybe but with a lot of pain. Locus was my word choice. Why couldn't I have just given the word "place?" Because, I think that Latin, in the right place, elevates one's writing and adds a certain mystery. The body was found "in situ," in the original place. Also, Latin words form the basis of many of our English words - "locate" comes to mind. Think of the mystery behind trying to "locate" something. 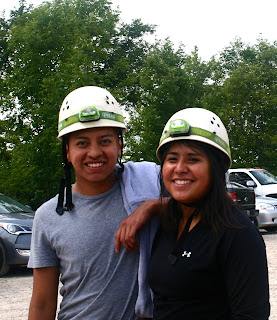 I often attribute my locus in this world to what I call "an accident of birth." I was born in Canada, of Irish/English parentage. This makes me white and privileged, even though my mother was adopted by German immigrants and spoke no English until she was six years old, when she started school. My father also considered himself privileged, although he was one of six children raised in a very poor, single parent home. He never complained. His locus made him what he is today - a stubborn 103 year-old. My mother complained all the time. She had been removed from her original locus, although she did have regular contact with her birth mother. 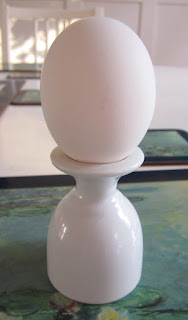 Our place, or locus, in this world determines so much. It could be something we struggle against to make us who we are, or it could be a gift, a silver spoon, guaranteeing an easy ride? And which is the better?

The pictures - Canada, children from a different locus, egg as a symbol of the beginning, the initial locus.

Have a thoughtful day!!
Posted by Carol Tomany at 9:47 AM