The word today is "grandmother." I often say, "I plant the flowers that grew in my grandmother's garden." I was my grandmother's child even though we were not related biologically. My grandmother adopted my mother, after her son had died at the age of seven of scarlet fever.

My grandmother came from the Saar valley in Germany and was shipped off to Nova Scotia after she was married to a young engineer. The marriage didn't last and somehow my grandmother found herself in Hamilton Ontario married to a semi-skilled factory worker, also German. This marriage lasted. 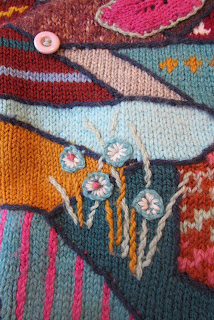 My grandparents rented the houses they lived in and my grandmother rented out the rooms in those houses to borders. This was her way of helping with the family income. The depression was hard on everyone and my grandmother took in laundry, in addition to the borders, and children from the Infant's Home for fostering.

They kept body and soul together through hard work, good food, and small pleasures. My grandfather played the harmonica, which I have stowed safely away. He made his own beer, dill pickles and sauerkraut. His family had owned a delicatessen in Berlin. My grandmother made angel food cake and bread pudding. Life was good. 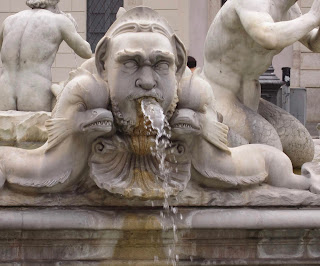 My grandmother also took pleasure in her fine crochet - doilies, edgings for hankies, antimacassars, and her budgies. There was ever only one bird at a time, but there was a series of them, all called Fritz. I arrived into this humble family just before the end of the war when my father was still overseas. It was a quiet, peaceful, ordered existence, in spite of the crowded circumstances.

I would know chaos, anger, and general unrest soon enough, when I went to live with my parents after the war. I often longed for my grandmother's house. However, although, my parent's home was unpredictable, it was a place you were allowed a great deal of freedom. Somehow no one missed a nine-year-old from noon to 5:00pm, so I was free to wander with friends or on my own through the vacant lots, the alleys and the back yards that made up the area along Bloor St. between Christie and Landsdown.  My grandmother would never have given me this freedom. 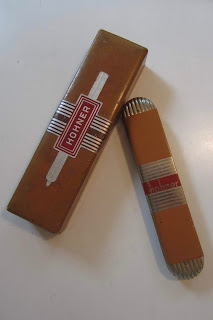 I do, however, organize my own home, after my grandmother's - three meals a day, laundry done, rooms cleaned, home on time and rarely out. I organize my mind after my parents - it makes for an interesting life.

The pictures? Acts of rebellion and my grandfather's harmonica.

Have a thoughtful day.