Another circle, I think, has been completed, with the death of Steven Hawking. Not only did Steven die on Pi day, the day Albert Einstein was born, March 14. Hawking was born on the anniversary of the death of Galileo, January 8.

Steven left us on the day we celebrate eternity or at least one of the most famous recurring numbers, Pi, the relationship of the diameter of a circle to its circumference. What could be more fitting.

Galileo, Einstein, Hawking are famous because of their revolutionary thinking. To say that they think (or thought) beyond the normal hum-drum of daily life, is an understatement! Their minds were  in the cosmos, musing on why there is life at all.

As we muddle through the randomness of our days, they have seen the order in this chaos, understood much of what we cannot see and given us hope that there are others out there who will continue their work. 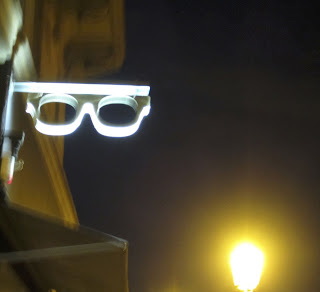 Perhaps another brilliant mind, born on a special day, will take us out of the darkness, this current political and religious regime has created.

This would be someone who does not accept lies as facts, who does not praise ignorance as a virtue and who does not surrender their reason to a senseless belief that a god will save them.

We are living in hostile times and moving into a great unknown - artificial intelligence - be afraid, be very afraid.

The picture, I have used it too often. Can you sense my panic? Would there were someone, with us now, who could lead us from the darkness into the light.

Have a enlightened day!
Posted by Carol Tomany at 7:59 AM

Email ThisBlogThis!Share to TwitterShare to FacebookShare to Pinterest
Labels: creativity