A few years ago I changed the window dressings of the upper front rooms in the house - these rooms would be the bathroom and the front (our) bedroom.

However, I decided to respect the family nature of the neighbourhood and have a blind or two, on the upper windows.

Enter my son. It seems that the blinds I had chosen from Ikea, let the light in, but did not screen out the activity in the affected rooms. One could actually see, through a haze, towels, shower heads and maybe the odd body part or two - sigh.

My son opted to shower in the dark. So, am I the mother/decorator from Hell? 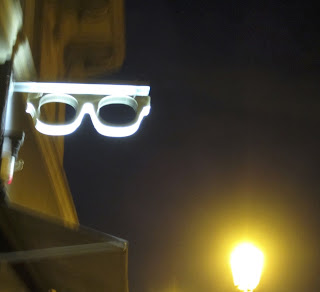 We discussed the problem over dinner. It was at this point that I realized the transparent nature of the blinds was not the real issue. The problem was actually more of a sociological one.

He said, " Look at all the people on the street. They all have curtains or blinds on their windows."

This is where I knew I had failed!! Failed, not in following the everyday conventions of other people, but failed, in my communication, of the fact, that you don't have to be like other people, all the time. Yes, it's important, to follow the main rules, most of the time, however, where, let's say, taste, art, and/or individual preference is concerned, it is important to be yourself.

My answer was, "I have spent most of my life (as had my parents before) not doing what other people do." This is not a purposeful statement to stress, that "we are different - so there". It is just that we have always followed our own instincts - right or (hopefully not) wrong. Yes, I do love what other people do. It's just that I have to do what's right for me/us - well, maybe not all of us!!

Have an unconventional day.