A friend posted this to my wall on FB and I thought that it was fun. I realized, however, that I had too many "no"s - so I guess I have to get out and do a little more!! Here it is, with comments


✍ Tattoos - no
Your (my) skin is an organ and when given the choice, years ago of "clean mind or clean body - take your pick." I opted for a clean body - so no inking inside or out!!

😷 Surgeries -2
Such is the stuff of life. For a clean body, some dirty Cancer had to be taken out 16 years ago.

😕 Quit a job - yes
But I had taken a three year leave of absence from it - teaching - before I decided to quit. I've never regretted it - except for the pension!!

✈️ Flown on a plane - yes
At first I thought this read "Flown a plane" so I said no. I'm not sure that I know anyone who hasn't flown on a plane.

🚁 Rode in a helicopter - no
I could actually pay for one of those rides over niagara. Then again I have never ridden in an air balloon either. I have a fear of heights. That did not stop me walking the Caminito Del Rey. 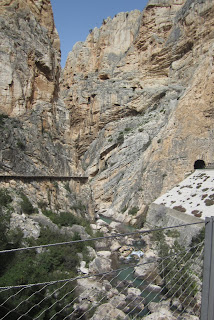 🍼 Watched someone give birth - no
No, I've never had the opportunity and then I view this as a private event.

😯 Watched someone dying - yes
My mother, on the dance floor. She went out in style - in a sparkly dress and silver shoes, dancing the Tango. It was very sad, but amazing!!

🏈 Been to an NFL game - no
Not a sport I enjoy, but I've been to hockey games - another sport I don't enjoy, and countless baseball games, many in iconic stadiums - obviously a game I enjoy!!

🍁 Been to Canada - yep,  live here
I not only live here, I was born here. However, I am always homesick for places I have never been.

🏦 Visited Washington D.C - yes
Next to the Victoria and Albert, the Smithsonian is my second home!!

🌞 Visited Florida - yes
I have gone most often in summer. I hate crowds.

🗻 Visited Colorado - not sure
I have changed planes a few times in Denver, does that count?

🎲 Visited Vegas - no
I'm not a gambler. I would also hate the Disneyesque nature of the place. Give me a cute European village and I'm happy :) 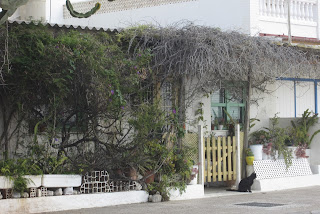 🍔 Eaten alone at a restaurant - yes
Why not. I meet people that way.

🎤 Sang karaoke - no
I sing off key, so I avoid performing, unless I'm alone in my car and then I get weird looks at stop lights!!

🎿 Been downhill skiing- yes
I took it up again about 15 years ago. It's the only "thing" that gets me through winter!!

🎼 Ability to read music - yes
I am currently looking for a small piano or keyboard. I don't play well, but I can read music.

🚵 Rode a motorcycle - no
I might have liked to when I was younger. I ride a bike, though, all the time!! 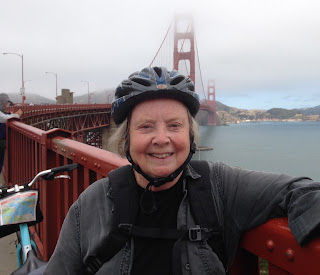 🏇 Rode a horse -yes
I'm not a large animal person. The idea is romantic, but horses need a lot of care. My father had several and I have a sister who rides!!

🏥 Stayed in a hospital - yes
Sadly, yes. For myself and members of my family. We (Canadians) have the best health care in the world and it's all FREE!!

🏕 Slept outside - yes
I was a girl guide. What's not to love about camping. I've slept on beaches in Greece, in a car in Portugal and Yugoslavia, on the floor in Cornwall. I have never slept in the snow!!

🚗 Driven a stick shift - yes.
I learned to drive on a stick shift. My father thought that automatics were for the weak. It's still my favourite!!

😇 Grandkids - no
I started late and adopted my youngest at 49. Now my father is 102, so there is still hope!!  P.S. My younger sister is a great grandmother.

🚤 Driven a Boat - yes
I'm not very fond of motorboats. I would kayak to the edges of the world, though!!

🐌 Eaten Escargot - yes
..and winkles, and eel, and lots of sardines - fresh or canned. I am an adventurous eater, when I'm in the mood, although, I don't eat liver!! 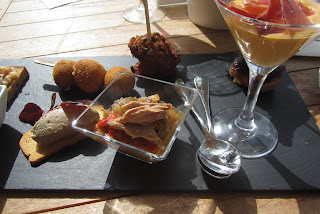 👽 Seen a UFO - maybe :)
I have seen weird things in the sky, that are not stars, planets or planes. And if they were supermen, they didn't come to the rescue!!

🛳 Been on a cruise - no
....and I never plan to either. There is something about crowds and being marshalled about here and there that I dislike. There is also something very artificial about hanging out in a floating hotel and being dropped at a port for a few hours, every few days. I much prefer overland travel. One of my regrets in life is never to have taken the London bus from Earlscourt to Katmandu!!

⛽️ Run out of gas - yes
....Well almost. I have a guardian angel and I have coasted into a few gas stations, when I was younger!!

🍣 Eat Sushi - yes
Not my favourite. I dislike the taste of seaweed. As kids we had to take cod liver oil on a tablespoon in winter. I hated it!!

👻 Seen a Ghost- maybe
I'm one of those photographers who has pictures with weird, ghostlike shapes in them, that weren't there when I took the picture. I see people on the street that I swear are people from my past, who have died. The other day I saw a video on FB of a woman dancing and it could have been my mother.

🎅🏻Still believe in Santa Claus- Yes
I believe in magic. I believe that wishes and dreams come true!!
Posted by Carol Tomany at 8:22 AM