....or at least the linear park created, when they take up the rails. I have to give it to the person(s) who first thought up the concept of a linear park and to the people, who maintain those parks today. They are amazing!! The death of the short run railway, has been the birth of the extended bicycle path. 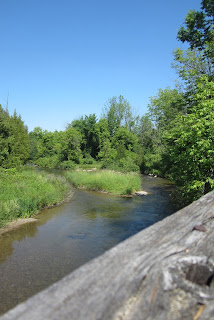 Last year we invested in two sturdy bikes and a bike rack. Cycling in the city is still too dangerous, for me anyway. So, we decided to get our exercise on the weekend, by cycling various linear parks about an hour's drive away. 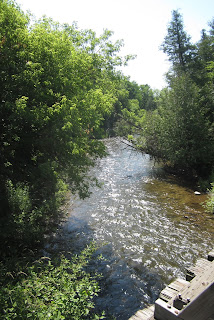 Last year we biked The Caledon Rail Trail in short sections. This year we are doing the same trail in longer sections. In fact, last weekend we biked 10km along the path from its beginning in Terra Cotta to Inglewood, passing through Cheltenham along the way. That's three very pretty towns reached through rural fields and secluded forests on an almost empty trail!! 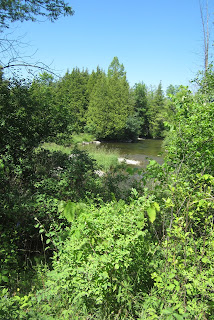 This weekend, we biked 10km from Inglewood to Caledon East, another pretty town a little closer to Toronto. The closer to a main centre you get, the busier the trail becomes, but it's still not crowded. In total we cycled about 20km a Saturday, because, of course, we have to bike back to the car, after reaching our destination. 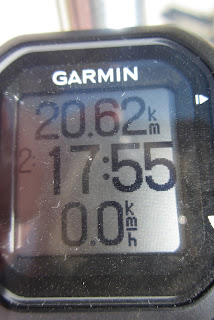 The pictures - pretty spots along the trail and my wonderful odometer!!

Have a wonderful day!!
Posted by Carol Tomany at 7:09 AM