I read an article yesterday in the Globe and Mail about a person I have known for a long time, but have never met. The article, written by Ian Brown, was about Jean Vanier who started L'Arche.  I had first heard of L'Arche from my neighbour, who often spends Christmas in France, at one of Vanier's homes for mentally disabled adults.

Although L'Arche has many houses around the world, that care for people who cannot care for themselves, Brown went specifically to France to look for a place for his severely disabled son. It's Vanier's unique approach that makes these places so special. Everyone is considered equal and valued for the particular emotional connection they bring to the group. Everyone, including visitors and attendants, sit together at a common table for meals and stay in the same simple accommodations. 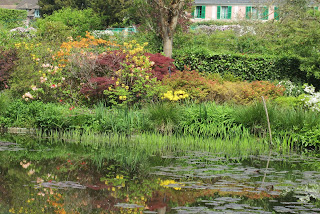 The article was both humbling and elevating at the same time. The ultimate message was that whoever you are and whatever you do, you have value in this life. You must respect both yourself and others for the uniqueness everyone brings to any situation.

I have another connection to L'Arche, through a very good friend. Her son is the director of the L'Arche houses in Ontario. I have known Leslie since elementary school and remember when she adopted her son and when her husband died leaving her with a two-year-old child. It's a sad story with a happy ending. As L'Arche is a happy ending for people who have had a difficult beginning. 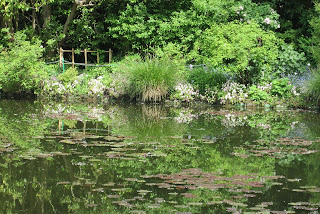 I haven't spent much time with people who are valued more for their emotional connection with people, than their intellectual ability, but I do remember Cameron. Here is an except from a manuscript I wrote a few years ago.


".....it’s a reminder that a lot of people out there have had difficult lives, one of the most difficult may have been Cameron's. Cameron lived in my grandmother’s house.  He was born with cerebral palsy at a time before Bliss Boards and places to take people with this condition, that would give them an education and some degree of dignity. Cameron, at the time, was fourteen years old and he lived in a crib in my grandmother’s kitchen.  I also remember that he sometimes lived in the middle bedroom upstairs, but it was difficult to watch him there and as he got older, he got testier and my grandmother was afraid that he might choke or struggle so much that he would break the bed, so she moved him to the kitchen.

My grandmother was paid to look after Cameron. She fed, washed and changed him.  She never, however, entertained him. There was never time. Sometimes, out of boredom, I would talk to Cameron.  I knew he liked this.  He would smile and try to talk back. It was so sad. He was skin and bone; but I knew that he could understand. His body didn’t work; but his mind did. Unfortunately, he couldn’t tell anyone, what he really thought.

One day Cameron’s father came to visit.  He was an older man. Older than my father, so he must have been in his fifties.  He never took his coat off.  He stayed for a few minutes by the crib and I think he was crying. Shortly after, someone came to take Cameron away.  My grandmother said that he was going to a place where there were stronger people to look after him. I often think of Cameron and what it would have been like to be locked in a dysfunctional body that trapped your mind.  No one gave you a second thought because they presumed that your brain was as disabled as your body, but you were, in fact, brilliant."


The pictures? A garden in France.