I realize that I haven't posted in almost a month. This is so unlike me. After three years of posting at least every other day and every day (sort of) in 2013, I am falling short for 2014. I can explain. You see, I needed a new sweater. Below is an explanation of how ravelling (knitting) in one area of one's life can result in the unravelling of the rest of one's life. 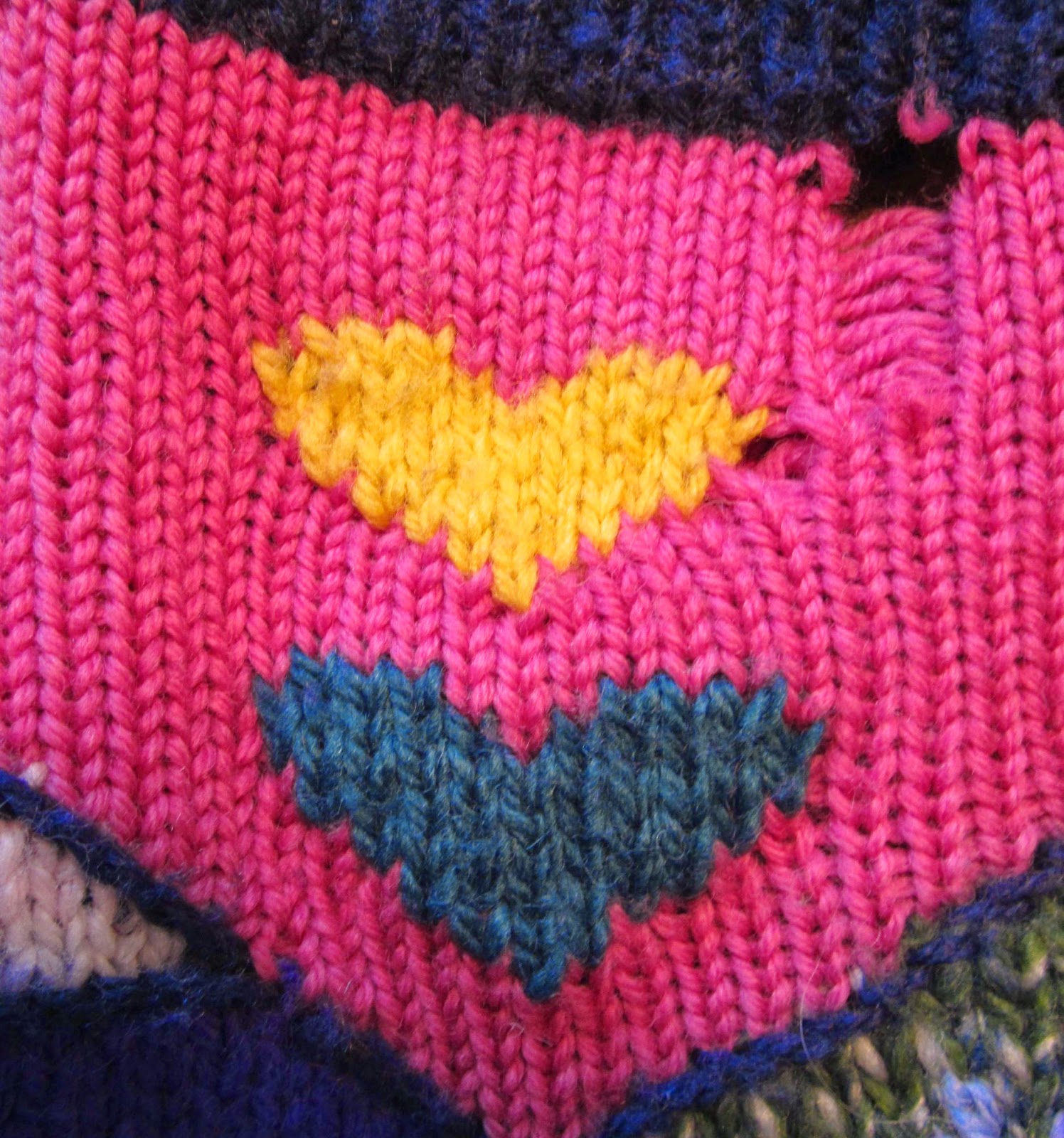 To begin with, the old sweater was still perfectly "wearable." OK, maybe there was an unravelled stitch here or there, but it covered up the "rolls" and kept the heat in. However, I was bored with it. Yes, after 23 years, I thought, really, I need a new sweater!! It's true, I could have gone out and bought a perfectly good sweater, probably for less than the cost of the yarn and definitely in less time, than it has taken me to knit this one. Knitting, though, is more about the journey than the actual product, even though, the product is often the reason the journey was begun in the first place - I know it isn't about reason - it's about escape, creative thought and dare I say Art (design). 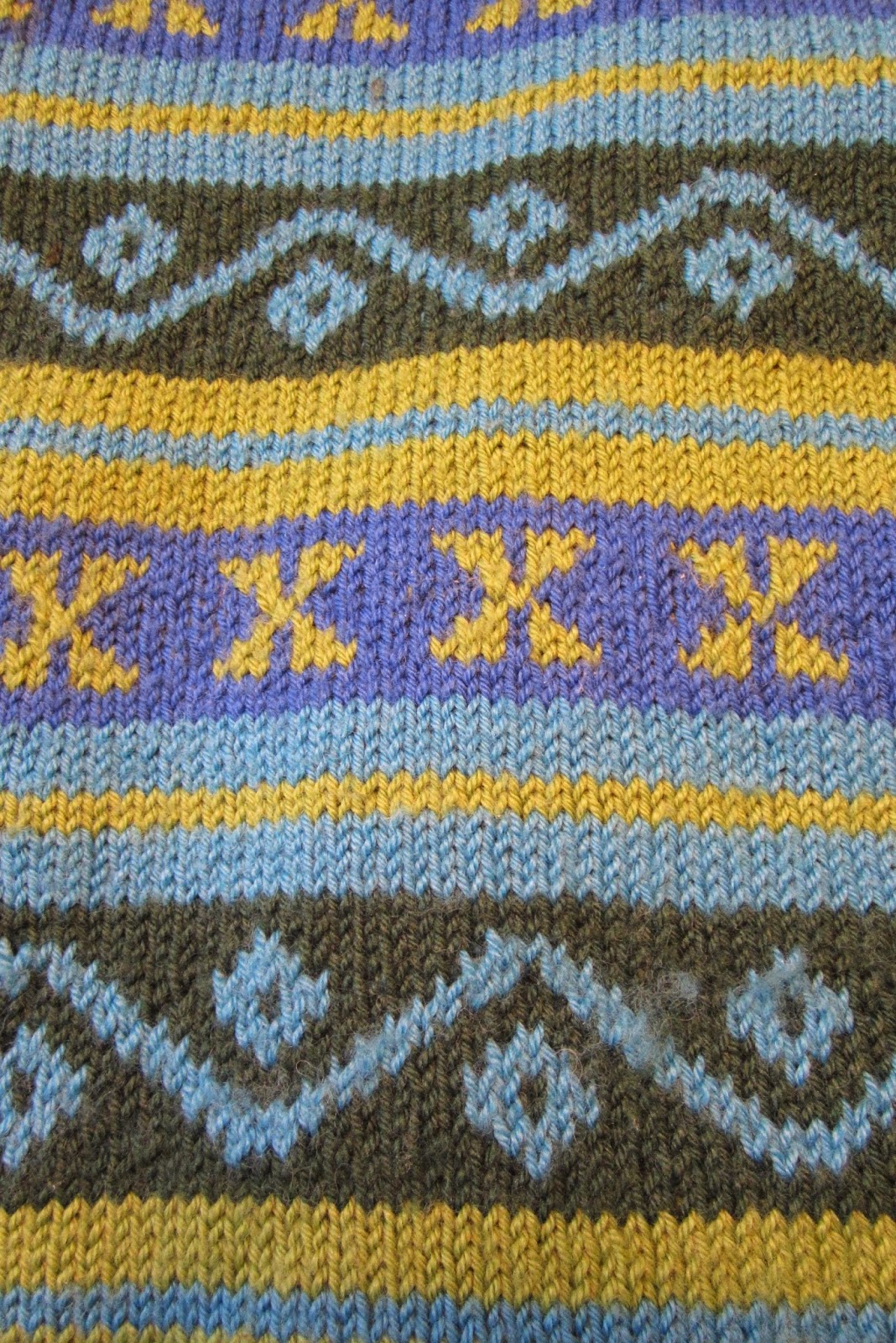 The "adventure" actually began last March, when my friend, Julia, decided that I needed to start knitting again. Those who have knit most of their lives, know that there is more therapy in a knitted garment then a wall of psychiatric degrees. After winding a huge skein of yarn into a correspondingly huge ball of yarn, Julia handed me my "pill." Well it was white and it was round, but it was huge!!

I was now under an obligation. I had to do something with this offering. I thought about it for quite a while. I began a few projects, but nothing was ever right. Finally, in October, after I realized that I had arranged my spice cupboard in alphabetical order, I knew that I needed help!! 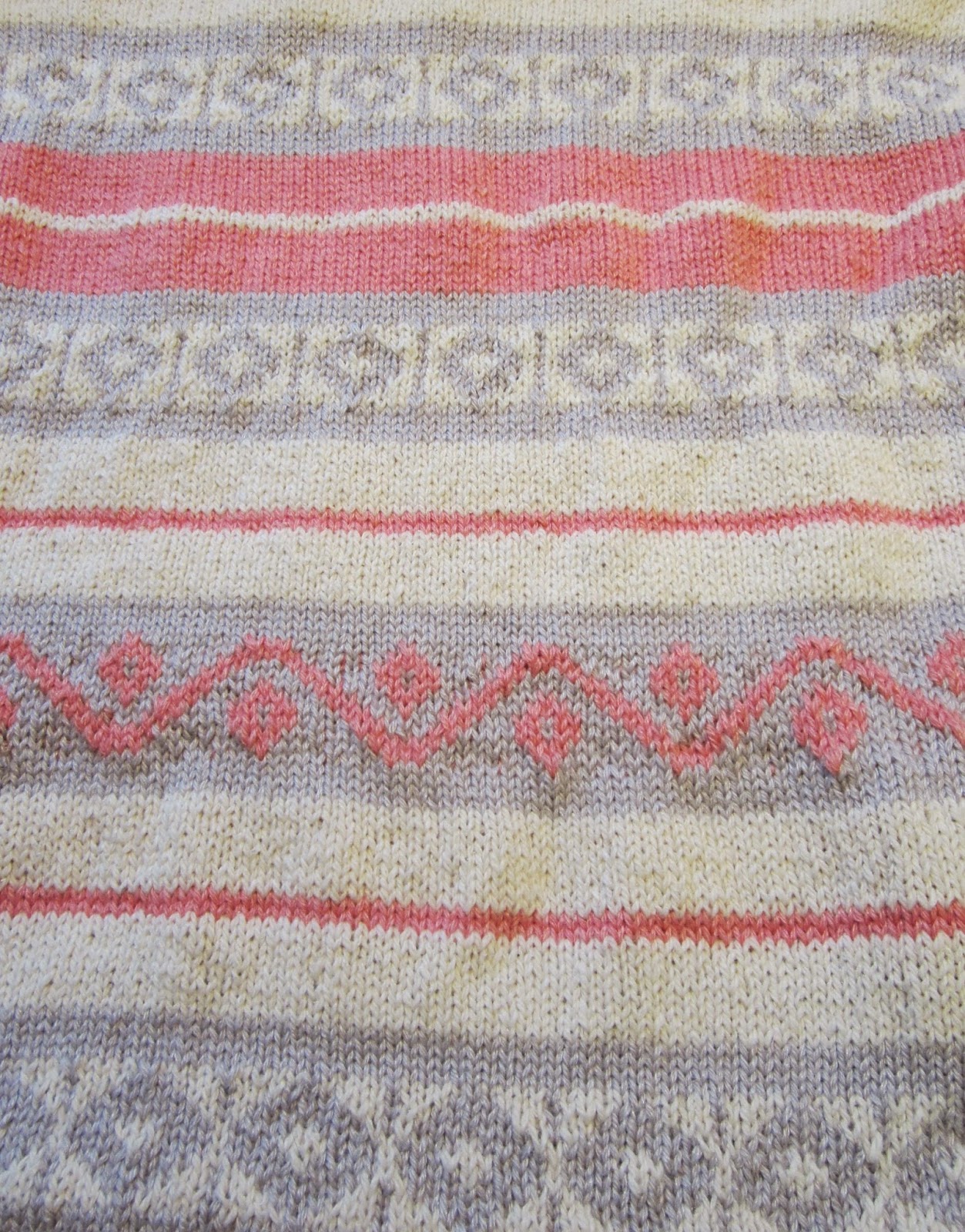 In less than a minute I decided to knit a sweater in Fairisle, using a pattern I had designed and knit several times before. The base colour would be white - remember that big ball of yarn - and using my general rule of thumb, "what colours do I have the most of?" I chose Coral and Mushroom. I really should have picked a third colour to work the sweater in four, not three, colours, but the other shades were getting low and well, there was the challenge of converting a pattern designed for four colours into a pattern of three colours. Knitters are also masochists, but you have probably figured this out already. 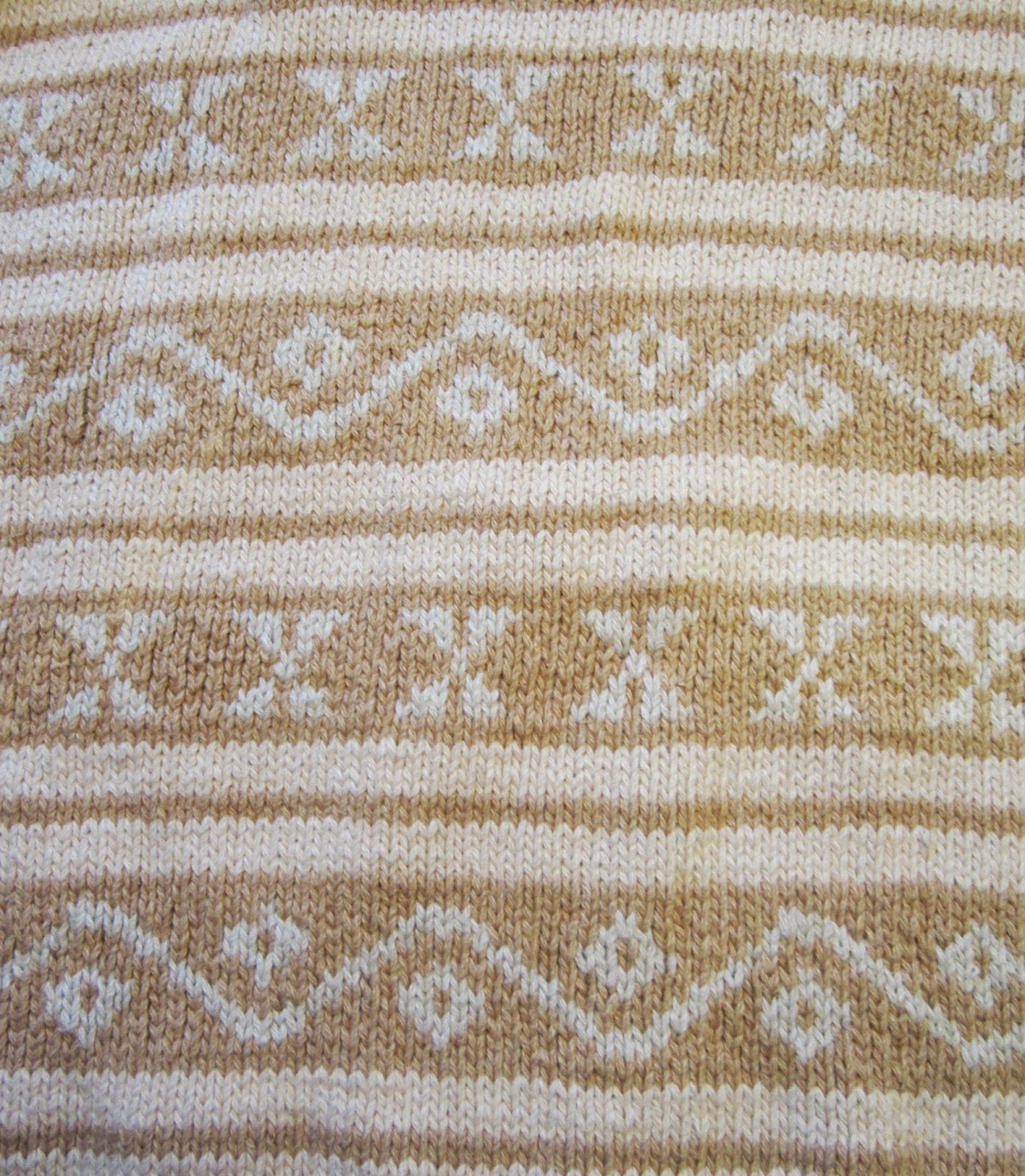 Apart from ripping back the sleeve several times, I am almost there. Today I will begin "and finish" the last sleeve!! It's a knitting thing. If the truth were known, there are more sweaters in closets knit for one-armed-bandits than anyone would like to admit :)

And so ends my excuse for not writing in almost a month. My creativity is obviously limited. If I write, I don't knit and if I knit, I don't write. Sigh!! Oh to be given the gift of many talents.

The pictures? Sweaters I have knit and loved and yes, I still have them. Why couldn't I have just worn one of them instead of knitting a new one?  You had to ask, didn't you :)

Have a ravelled day!
Posted by Carol Tomany at 10:02 AM