I read an interesting article in the paper the other day, that became even more interesting when I realized that I had actually been "involved" in the situation over fifty years ago. Let me explain. The article was about a construction company digging up an old church parking lot and suddenly finding human remains, coffins, headstones etc. Yes, they had actually unearthed an old cemetery, in the heart of a bustling city.

What happened? Here's the back story. Fifty or so years ago I attended the school that was beside the church mentioned in the article. The congregation had just had a new church built on the site of an old wooden chapel, which was erected in 1853, before the town of Weston was swallowed up by Toronto's sprawling suburbs. In order to hold Sunday services while the new church was being built, they moved the chapel back, behind the site of the new church and beside the old cemetery.

Once the new church was finished, the chapel was abandoned, along with the cemetery, which no longer took internments. It was a haunting scene and it opened directly into the boys' playground. People rarely "fenced" things in back then (the world really was a much more exciting place), so what was to prevent a few mischievous students from going on adventures in the graveyard at recess. Technically they were breaking a school rule, but this made their forays all the more exciting. The missions, soon became treasure hunts, when these inquisitors actually "opened" a few of the shallower graves.

Imagine finding jewellery, gold teeth, the odd set of dentures and much more on your lunch hour! The various "finds" often became the afternoon's entertainment. I remember one of the miscreants, Peter, spending most of a boring science class regaling us with the antics of a set of false teeth he had just unearthed :) 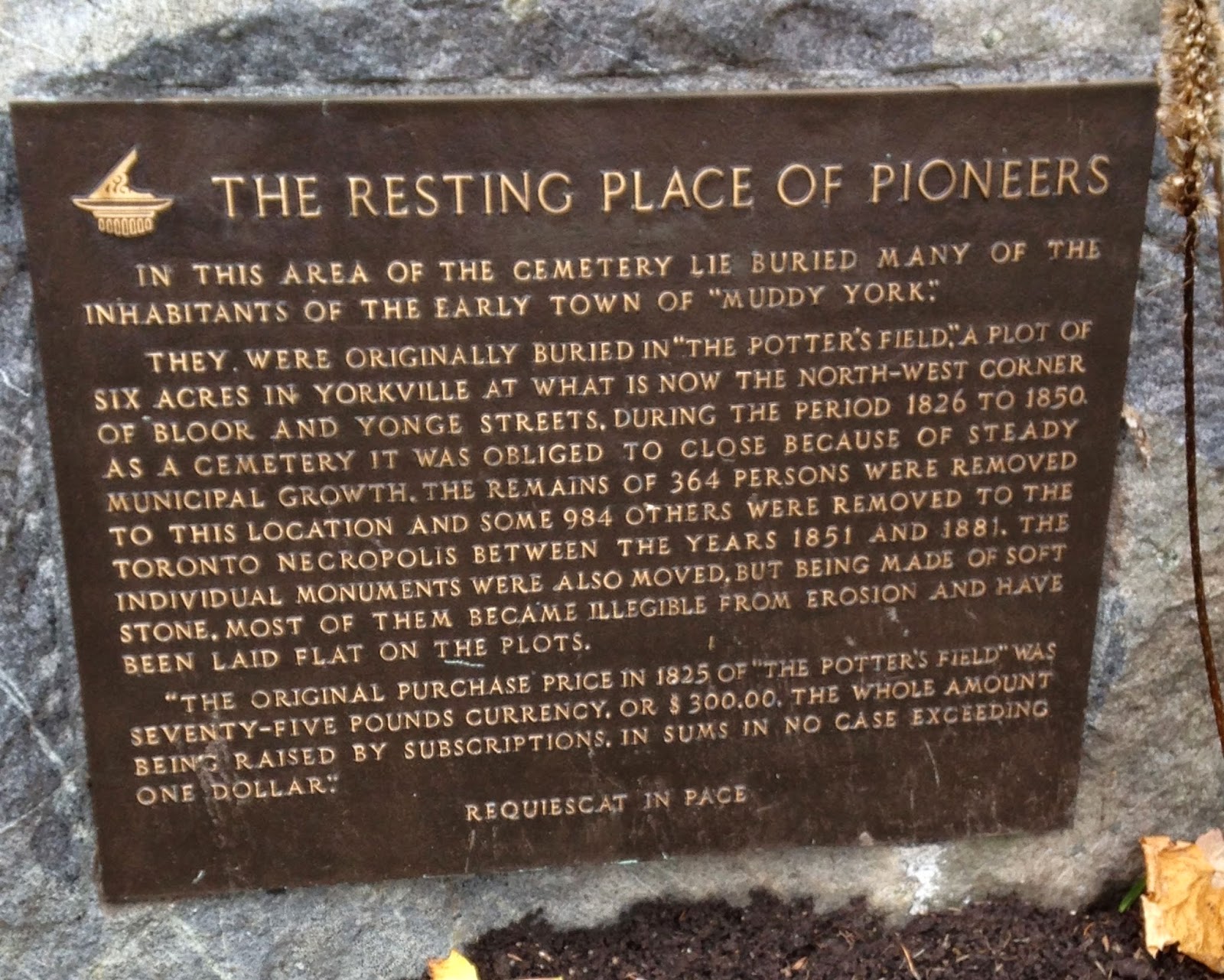 Unfortunately, the fun and games soon ended. Once the trespassers were caught and strapped - corporal punishment - the looting subsided. In fact, when I returned for my last year at the school, I found the old chapel gone and the cemetery removed - or so we thought. In fact the school authorities had actually groomed the area and put up a volleyball net to create another play area for the students. This was the last I remember of the cemetery. Over time, the play area was obviously paved and used as a parking lot for parishioners.

The more things change, the more they remain the same. Fast forward fifty years to 2014. This year the school authorities had obviously decided to build another playing field in the same spot as our old volleyball court, only this time it was going to be done right! Ooops, all of a sudden a few skeletons, literally, fell out of the closet or at least their graves. Years ago, the old cemetery had not been properly removed, as we had thought. I shudder now to think that we may have danced, or at least played volleyball, on their graves. These tombs were then further buried under layers of asphalt, to create a parking lot. Well, it worked for Richard III. Hmmmm :)

When I told my son this story, he said that it was similar to the plot line for Poltergeist. Except that in the movie, a housing estate had been built over an old cemetery, because the developers were too cheap to remove the graves. The ghosts took their revenge!

Fortunately, the current construction crew has brought in an archaeological team to properly remove the remains and give the spirits the respect they deserve. Shame on the church and the school for not doing it fifty years ago. Maybe you never really rest in peace, just in pieces :)

The picture? The relocation of a pioneers' cemetery originally in downtown Toronto. It's in Mt. Pleasant cemetery now.

Have a peaceful day!
Posted by Carol Tomany at 10:56 AM No comments:

Of Pumpkins and Rainbows

Friday night we had "lighting of pumpkins." Well, let's say we tried to have lighting of pumpkins. I tried outside, at first. However, the wind blew out the matches and the candles every time. Plan B - light them inside and carry them outside. It worked except the rain put out a candle or two before the "trick-or-treating" ended. I hate it when it rains on Hallowe'en.

The good thing (or maybe it's not so good a thing) we had chocolate bars left. Just had to have some today with our coffee. 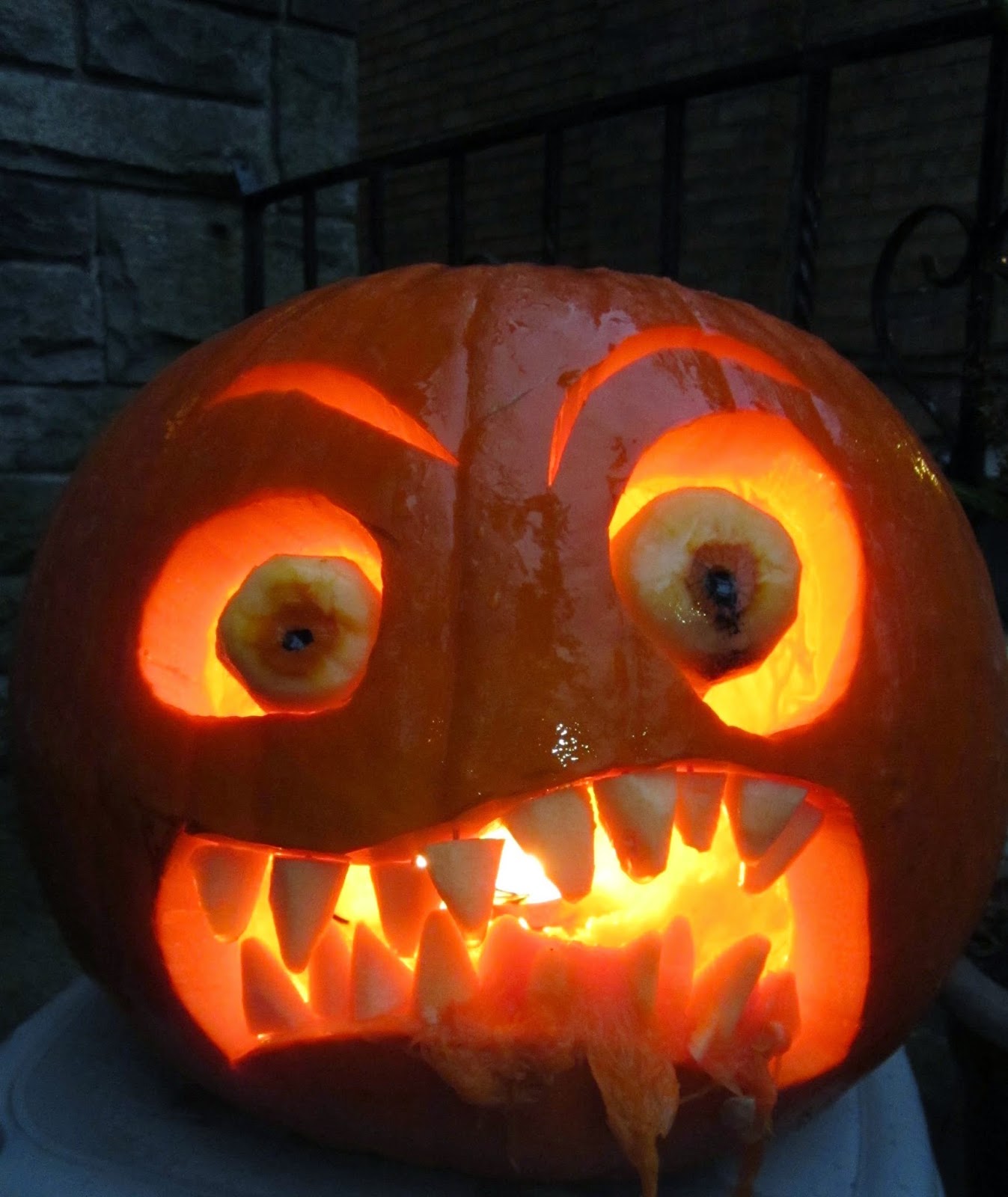 And yesterday we had "walking through rainbows." The sun finally shone on Sunday, so we tried a new walking trail. This one is part of the Don river trail system, which actually begins at the Oak Ridges Moraine, almost an hour's drive north of the city. Unfortunately the trail is not continuous, as the Bruce Trail is, so you just have to walk bits of it here and there. We chose the bit that begins at Lawrence Ave, just east of the Don Valley parkway. 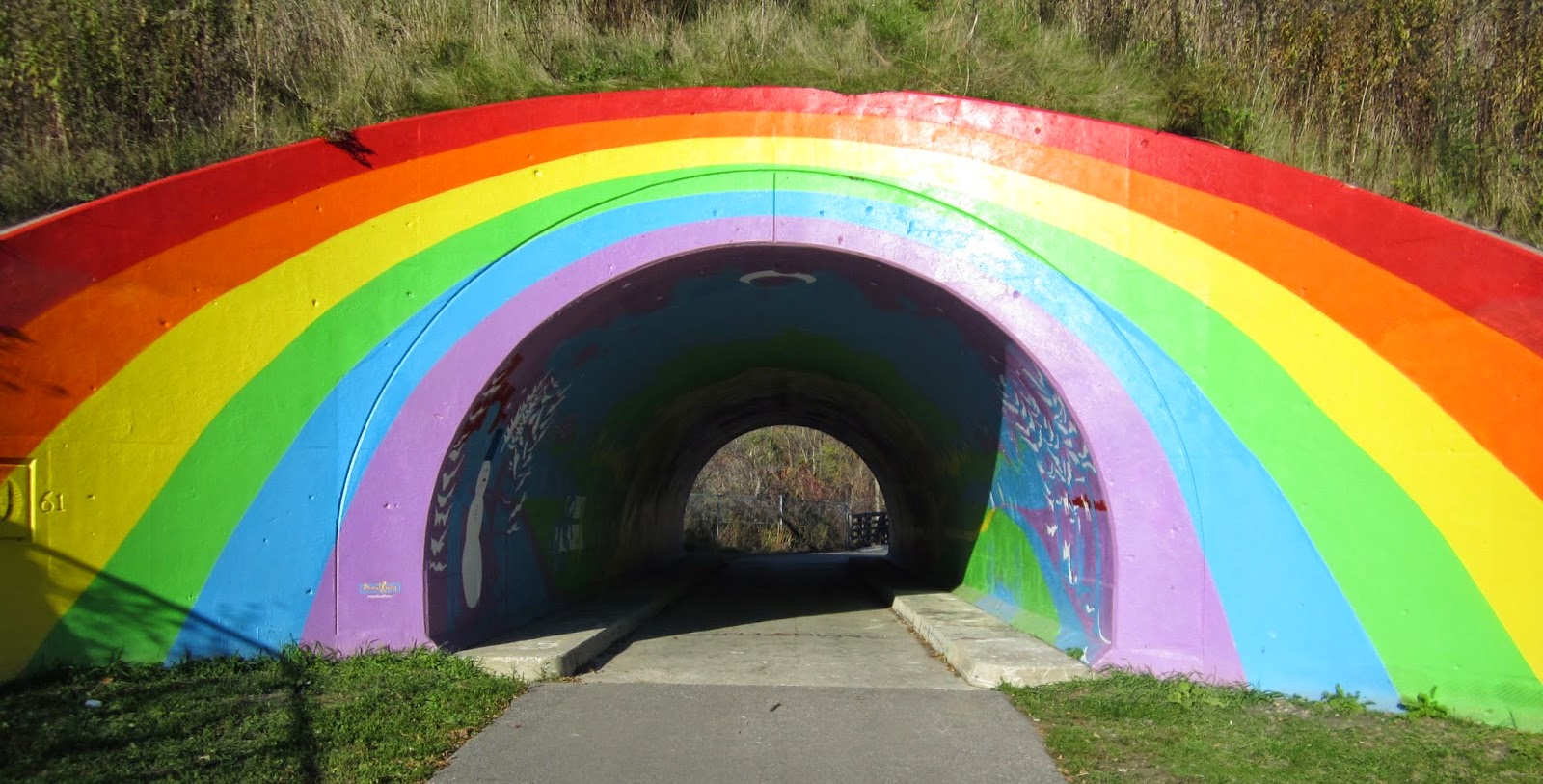 It's a very well maintained trail, paved with markers and bridges etc., however, it runs parallel at times to the expressway so the traffic is always visible and audible. The trail also runs under the highway at one point, after meandering through the iconic "rainbow" tunnel on the east side. If you have ever driven north from Eglinton Ave, you can't miss it.


The "rainbow" has a story. It's a bit of whimsy and I am so glad that they decided to keep it. Life amid the hustle and bustle, the gridlocks and bottlenecks needs a reprieve. This is one of them!

Have an awesome day!!
Posted by Carol Tomany at 7:53 AM No comments: