I can't say Tobermory without thinking of the character, Uncle Tobermory, from the Wombats of Wimbledon, but that's an aside. Tobermory at the end of the Bruce Peninsula, where the ferry leaves for Manitoulin Island, is a very popular spot. Its main recreational activity seems to be underwater diving. We saw several groups of divers preparing to explore some of the many shipwrecks just off the rocky coast of either Georgian Bay or Lake Huron. It's the perfect activity for a rainy day and yes, it was raining. 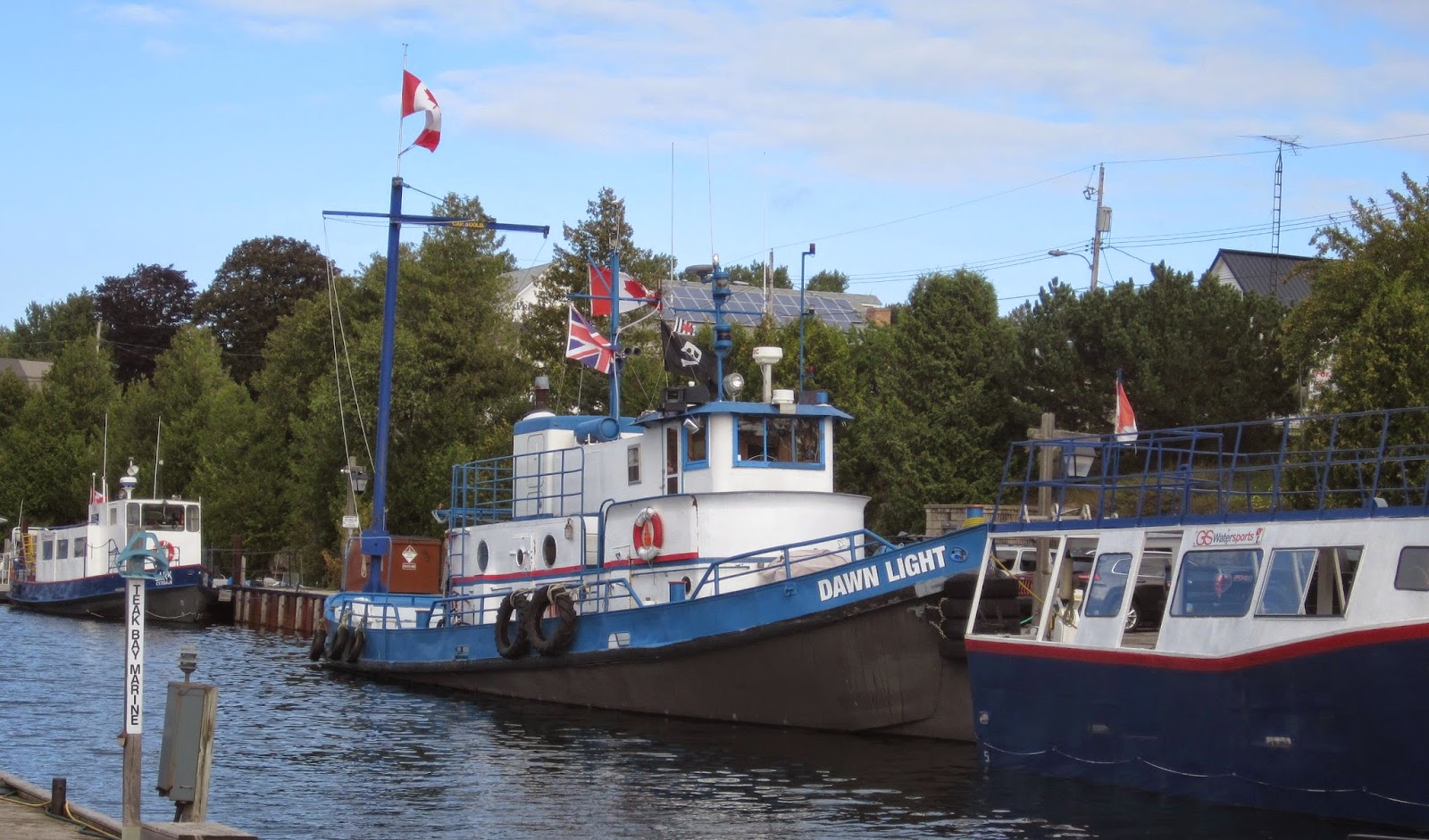 We were staying at Big Tub Resort, which is a five minute drive outside of Tobermory and since we don't dive, we were looking for things to do in the rain.

1. Lunch is always an option. I could easily drown my depression with a large char-broiled hamburger and french fries - and I did :)

2. We could take a ferry ride in a covered boat to Flower Pot Island when the rain eased. We did this too. Had it not been raining, we would have left the boat and hiked for an hour or two around the island, which has many groomed hiking trails. This was obviously meant for another time and a better day.

3. We could moan about the cold and the rain. We did this too!! 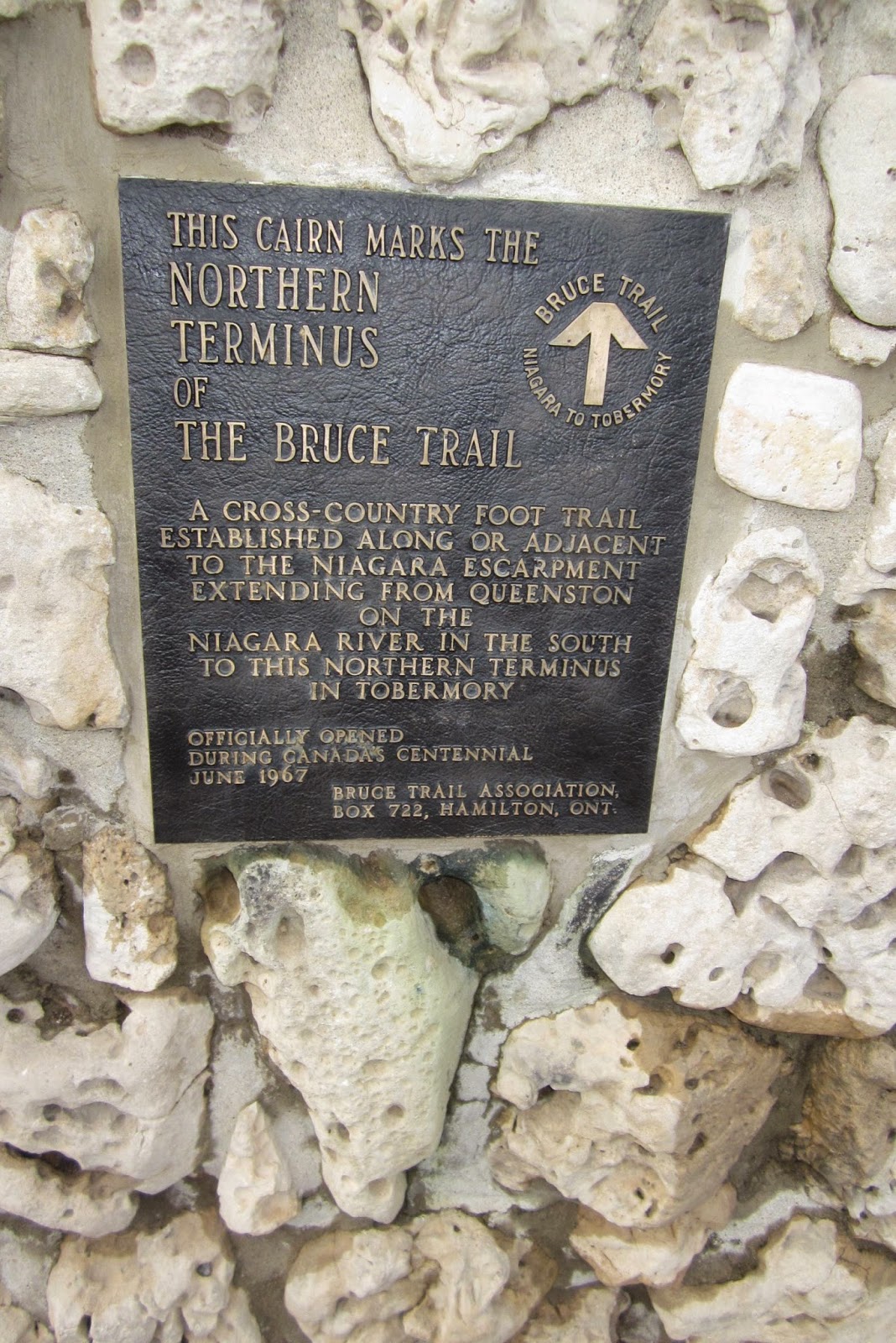 However, all was not lost, the sun finally appeared at the end of the day, so we could take a walk from the end point of the Bruce Trail back towards the start - just 900 kms away :) We didn't get very far, though, because we managed to lose the blazes, which are often not that obvious in built up areas. Anyway it was time for dinner at the Grandview Hotel, which really does have a grand view of some amazing sunsets. In fact these sunsets are a "product" unto themselves. They are marketed everywhere - paintings, pictures, place mats...the list goes on... 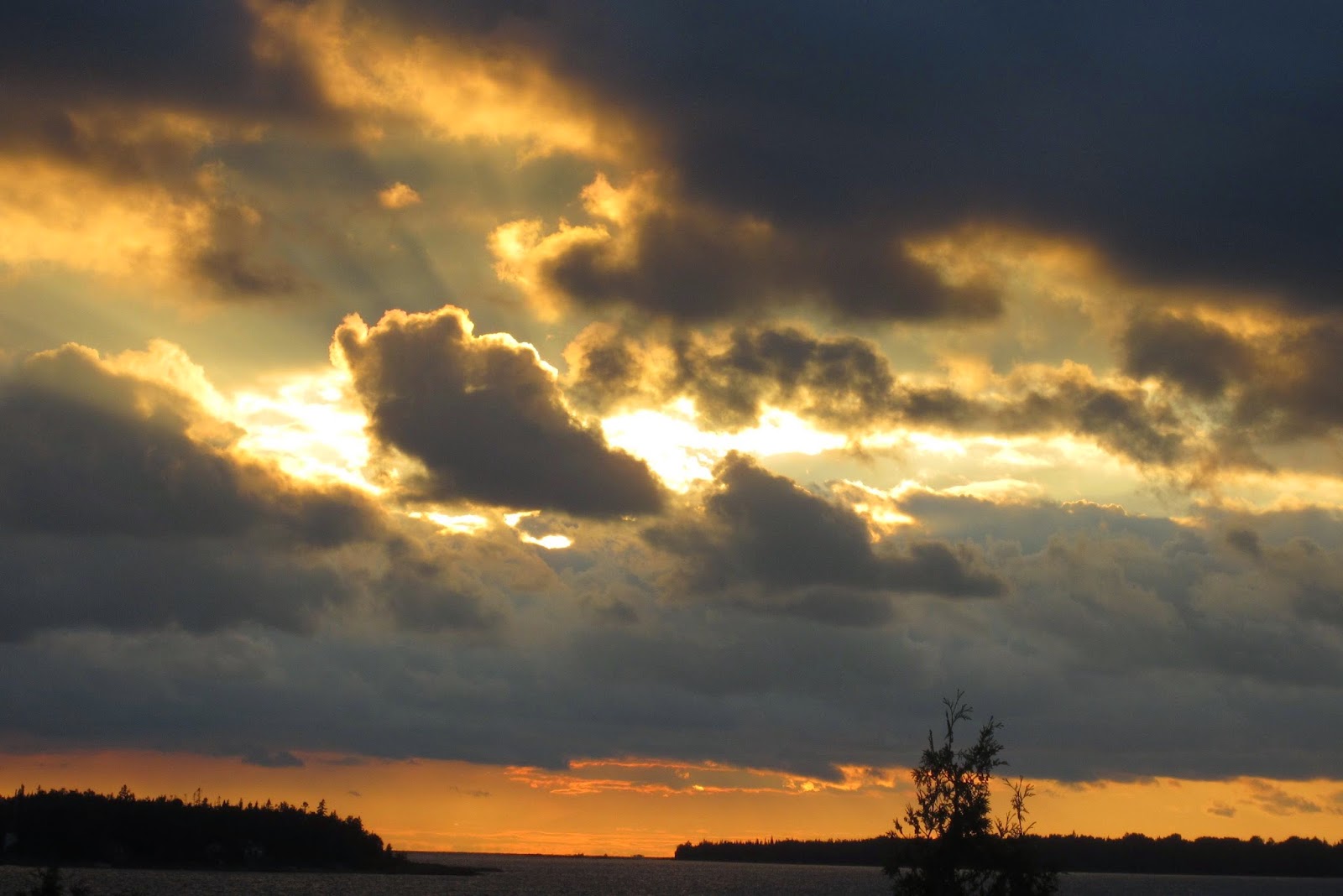 A good sunset, though, is the promise of a better day tomorrow and another post.