As predicted, it was raining Monday morning when we set out to drive back to TO. We would have planned another walk, except there was little chance that the weather would change, so we just hunkered down and accepted "the wrath of God."

Anyway the plan was to have coffee and a muffin at the little restaurant (which BTW doesn't do breakfast) attached to our resort. Sorry they only do muffins on the weekend and this was Monday morning. But there was this place on the highway near the golf course. A twenty minute drive brought us to a sign that said they opened at 11:00am...hmmmm. What about the bakery another 10 minutes away - also closed. That is how we managed to leave the Bruce Peninsula on empty stomachs and drive all the way to Wiarton for food!!

It was still raining when we walked up one side of the main street and down the other of this very typical small town, which makes headlines every February 2, when Wiarton Willy, the gopher turned meteorologist, comes out of his hole, or not, as the case may be. Obviously Wiarton's answer to Monday morning depression is to simply not go to work - almost every business on the main street was closed - sigh! Actually we did find a little coffee shop at the end of the strip which had coffee, muffins and a very eclectic decor in black and red that would wake anyone up on a Monday morning.

On the road again, as Willy Nelson would say, we headed home. Well, at least we thought we were heading home. The road was straight, what could possibly go wrong. Well, as Napolean met his Waterloo, so too did we meet our Hepworth. Somewhere, in Hepworth, ON we missed a sign that said, for highways 6 and 10 turn East here. Unfortunately, we didn't!!  Yes, we were travelling on a road marked "10", however, it was a township (or county) road not a provincial highway, even though it looked to all intents and purposes like your regular highway. 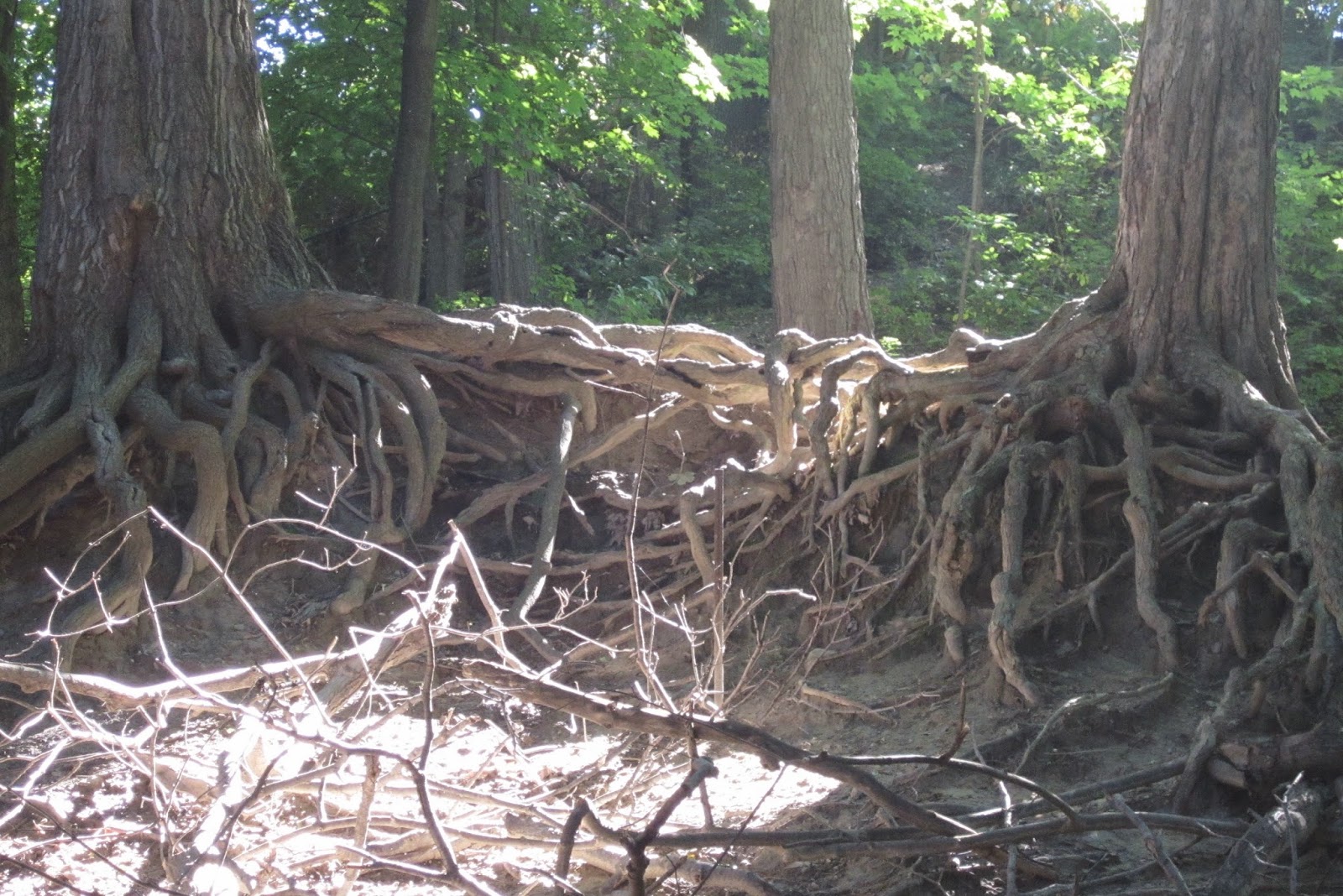 It wasn't until we were almost in Hanover that we realized our mistake. By then we were an hour and a half off course and completely lost. Not to mentioned embarrassed!! Well, Lord Simcoe, bless your little grid-locked heart, because technically we should be able to take anyone of these concession roads going east and get over to what would now be number 10 highway. No, it doesn't work that way. We may have a grid system for our roads, but they are still a labyrinth. I secretly believe that this is how they populated most of southern Ontario. Trap people on the grid and they'll just give up and start a town!!

We were close to that. After what seemed like an eternity we stopped at a conservation area for a bathroom break. The place was pretty much deserted except for one person in a car, in the parking lot. Normally, I would not approach anyone just sitting in a car, in the rain, at some random conservation area, in the middle of no-where, on a Monday morning, but we were desperate!! We tapped on his window. He was reading. We asked how to get to Flesherton. Well, our resource person wanted to know more. Where were we going? - Toronto. Were we from Toronto? - yes. Where abouts (local dialect) in Toronto? This was going to take a while - sigh! Finally, he got out his map, and together with our map, we both worked out a way to get us, at least, to Shelbourne!!

The rain by now had stopped, however, I took no delight in the scenery. After all, I was the navigator and I had failed!! It's best not to talk at these times, especially since it was now about 2:00pm and we were both starved. Finally we saw the signs for highway 10, found a roadside diner, had a bowl of soup and headed South to Orangeville. An adventure, yes, but one I could have done without!!

The picture? - It sums up the experience of the day!!