The cold and rain this summer is matched only by last winter's -24C temperatures and its blinding snowstorms. Sigh!! We had planned an outing Saturday with the kids at BMO field and guess what? - it rained!!

Canada is hosting FIFA's International Women Under 20 Soccer Cup - or something like that. Next year we are hosting the Woman's International Soccer Cup!! I didn't know either of these existed. However, children can teach you a lot and since my kids are big soccer fans, as is my husband, we got tickets through my daughter's soccer club, at a reduced price - $16.00 down from $22.00. Well, it is "woman's" soccer or more correctly "young women's" soccer. Tickets to a men's world cup would require a second mortgage on the house :) Some things never change. 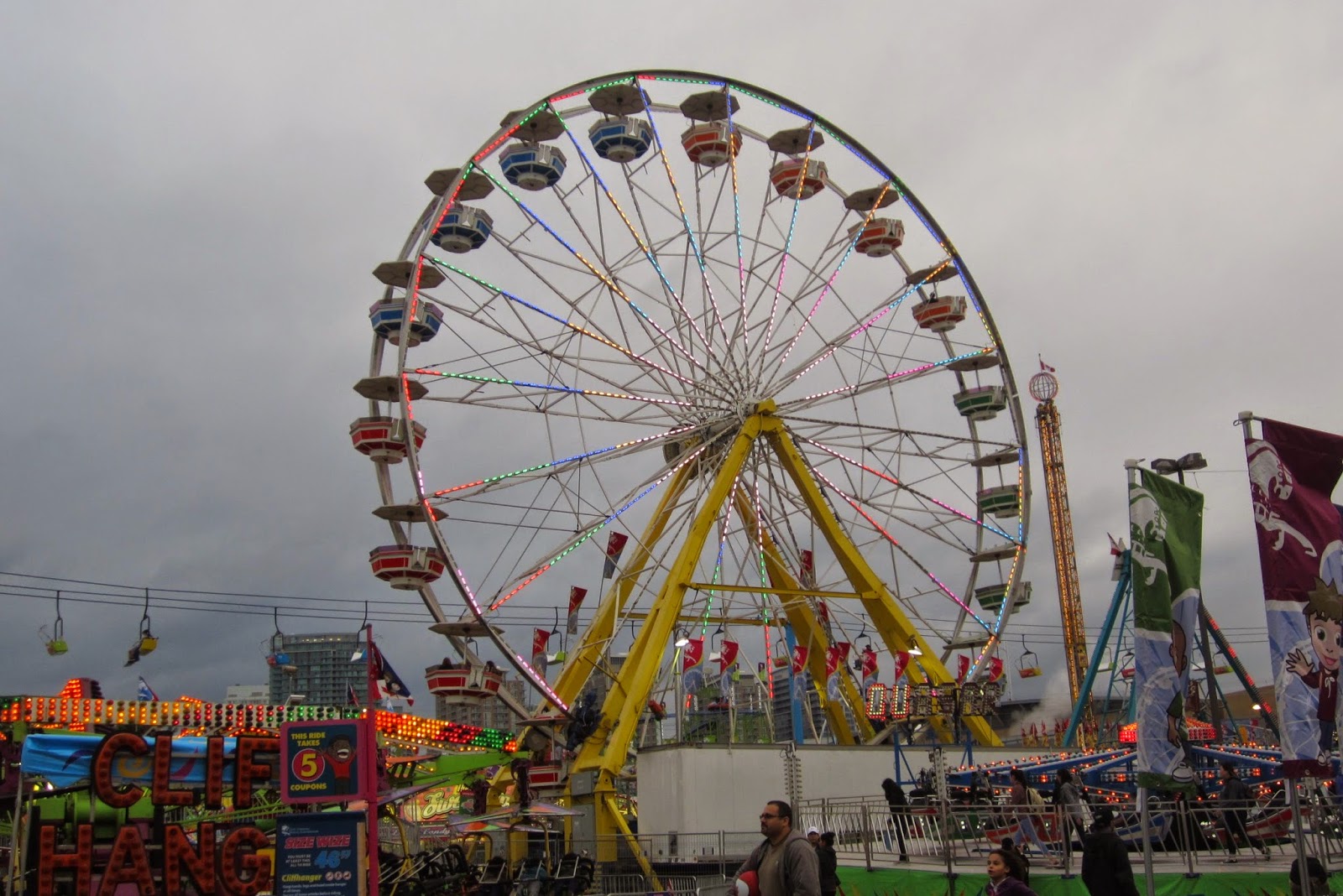 Anyway, I decided to go along, since it was a family event and diner was going to be in the Amsterdam pub at Harbourfront. All I had to do was sit for 90 minutes in the rain and watch the USA play North Korea. We would have had to go to Edmonton to watch Canada play Germany. I guess this is an example of my tax dollars well spent. I wasn't sure about North Korea, I thought that there were sanctions against them? What do I know? Ignorance aside, I did get to -

1. Cheer for the US, something I rarely do, because they are usually playing Canada.

2. Use my $5.00 poncho from Canadian Tire for the third time - money well spent. 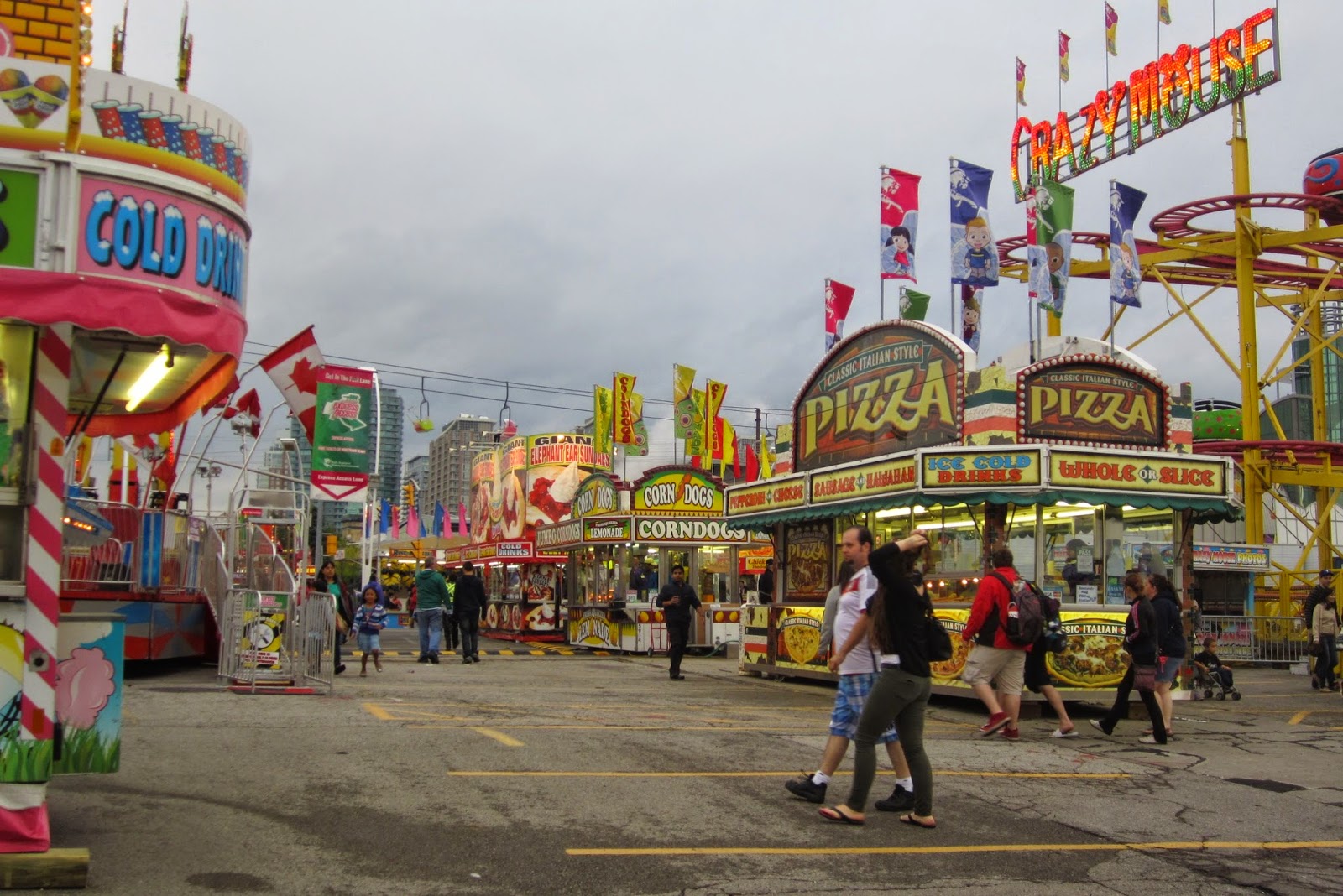 BMO field is right in the middle of the exhibition grounds and hey, the EX was on, so I could also revel in a little nostalgia. Even though the sky was wet and grey, the EX still shone as the "route 66" of summer entertainment. The grungy midway, the sleazy carnies, the tacky toys - these were my childhood and I even remember going to the EX on my own, as a very young girl, when I couldn't find a friend to go with me. It was always an adventure!! (Today, I would never let my kids do what my mother let me do years ago.) 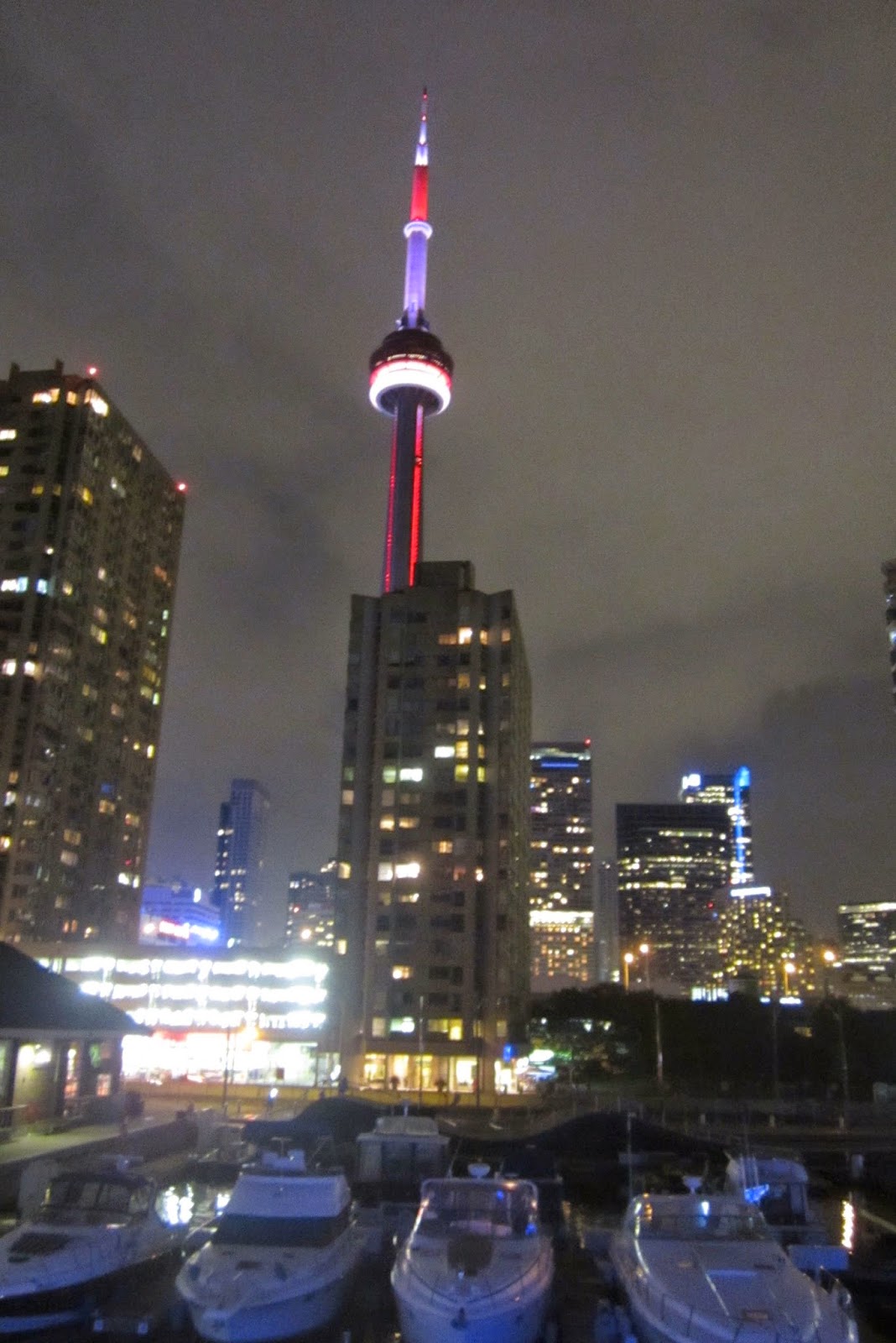 Plus tonight, I did get to enjoy the atmosphere of a city with many public places, some cultured, some not, but it didn't matter, everywhere was full of people and the excitement that only crowds can generate. Yes, there was traffic, congestion, construction and chaos, but there was also an élan, a joie de vivre. There were places to walk, bike, idle, eat, talk, or just "hang out." This, I think, is an example of tax dollars well spent!! Now, if we could only do something about the weather :)

Have an awesome day!!
Posted by Carol Tomany at 9:30 AM