I left work early today because it was such a beautiful day!! Actually, I did make an early morning meeting sponsored by our BIA on how to use Twitter to promote your business and other businesses or individuals in your circle(s), so I think that I can justify leaving an hour or two earlier at the other end of the day :) This morning's talk was quite fascinating and since I have had Twitter accts since 2008 and have never really used them effectively, this was a very good session.

Our presenter was Vicky @momwhoruns, who has built a business around helping others maximize their presence on this popular forum. We all met @TheChefUpstairs on Mt Pleasant, who had coffee and treats waiting for us - too bad I had just eaten. Vicky began her talk by telling us how she had met, Greg Heller, The Chef Upstairs. Apparently, a year or so ago, Vicky's car wouldn't start, after an appointment she had had on Mt Pleasant. She posted to Twitter that she was waiting for a tow truck to give her a boost. Because Vicky is a "Foodie," one of her 6,000 odd followers was Greg. He happened to be on Twitter at the time and responded with his address and asked if she wanted a boost. They met and have been friends ever since. 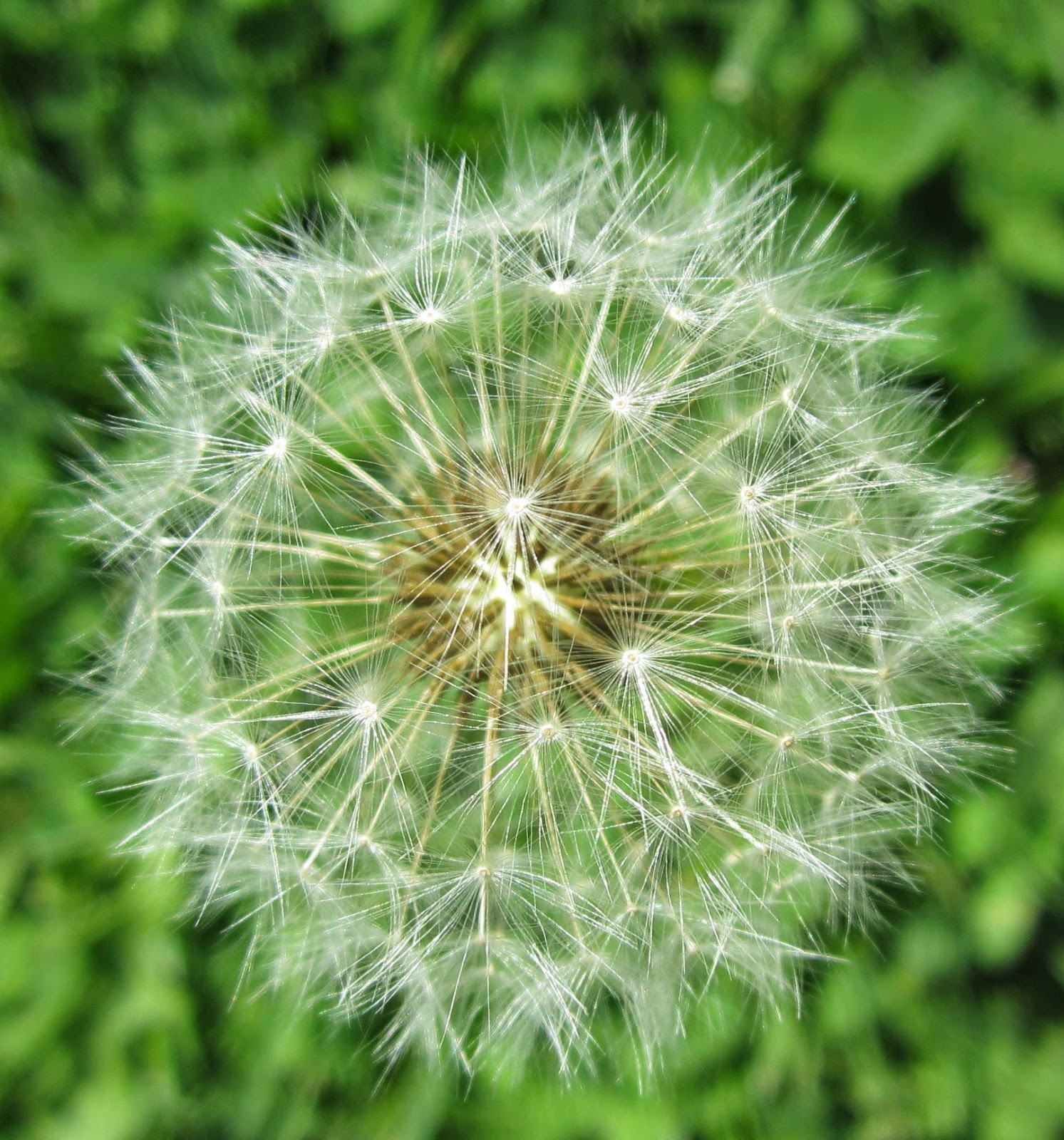 Vicky's enthusiasm for Twitter convinced me that I needed to use it more, so I am now building up my Twitter presence. However, I decided it was much better to work electronically outside in my garden, that way, I could hear the real "tweets" while creating some electronic ones. I also managed a walk through the cemetery today and realized that if I ever needed to make a new friend or two in the area, I could just post that I would be doing an hour's walk and welcome anyone close by to come along :)

The picture? Those wonderful wishes created by the ubiquitous Dandelion - they were everywhere in the cemetery today. I like to think that their seeds are like the messages on Twitter, spreading everywhere. I really have to get use to them (dandelions), though and try to put a positive spin on their presence, because they are not going to go away anytime soon. With Toronto's ban on pesticides, they might outlive everything, natural and/or digital - a potpourri of a day - See you on Twitter :)

Have a wonderful day!!
Posted by Carol Tomany at 8:31 PM