On our last day in Paris, we spent some time in the Montmartre district, which is slightly to the north and west of where we are staying in Marais. Montmartre is dominated by the basilica of Sacré Coeur and bounded on the south by places like the Moulin Rouge and the Place Pigalle. This combination of the sacred and the profane is everywhere, not just in Europe. It's one of those ironies of life, that I have trouble reconciling. 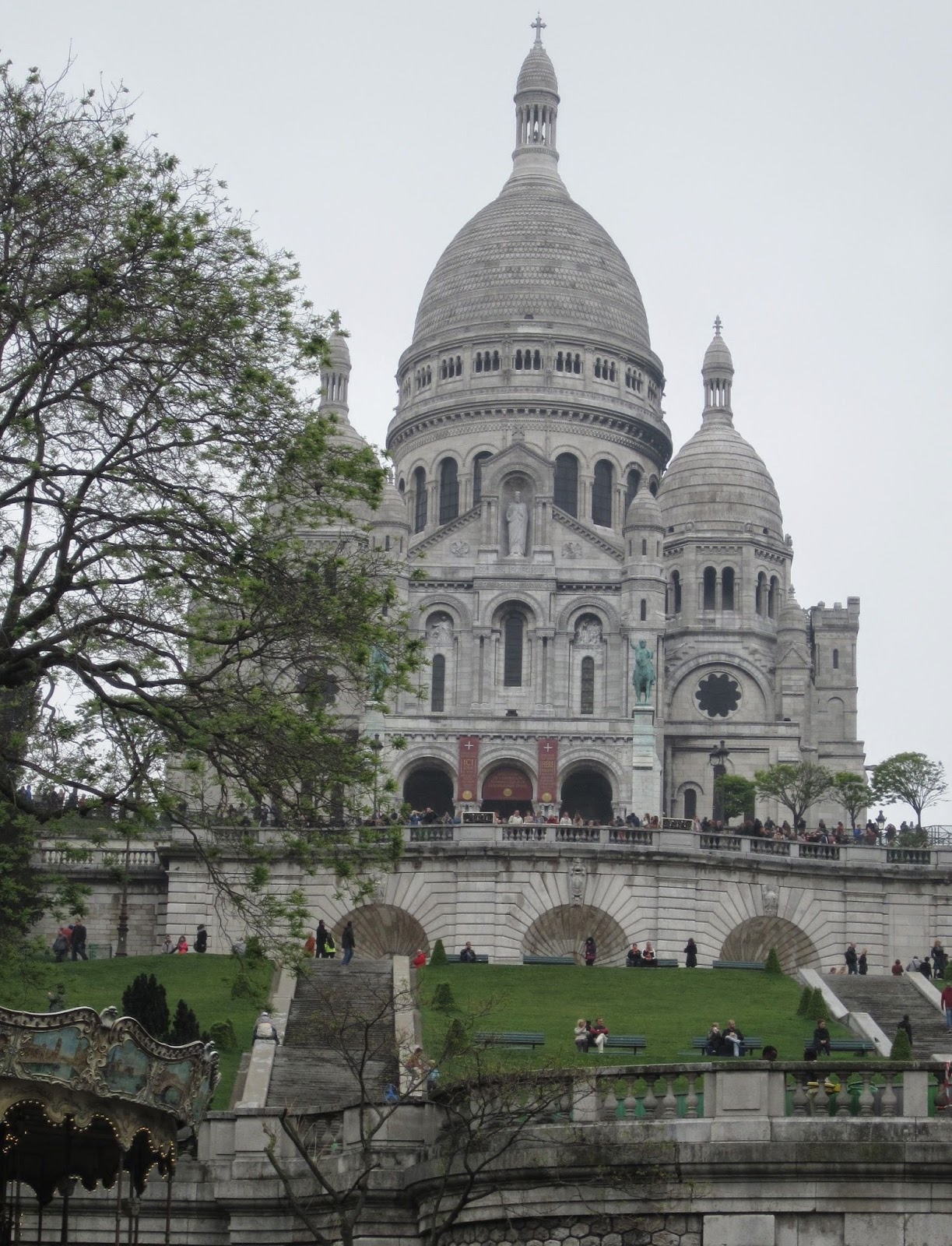 Anyway I did my penance for my iniquities of the day, by walking up to the basilica from the Metro station through a steep side street and then climbing all the 300 odd steps up to the door of the church. I did not, however, climb the additional 300 steps to the dome of Sacré Coeur, which affords some amazing views of Paris. Another time, I'll take the funicular up the hill and then do the steps to the dome - pant, pant. Somehow 600 steps in one day sounds like overkill. I may have ruled out Kilimanjaro!! 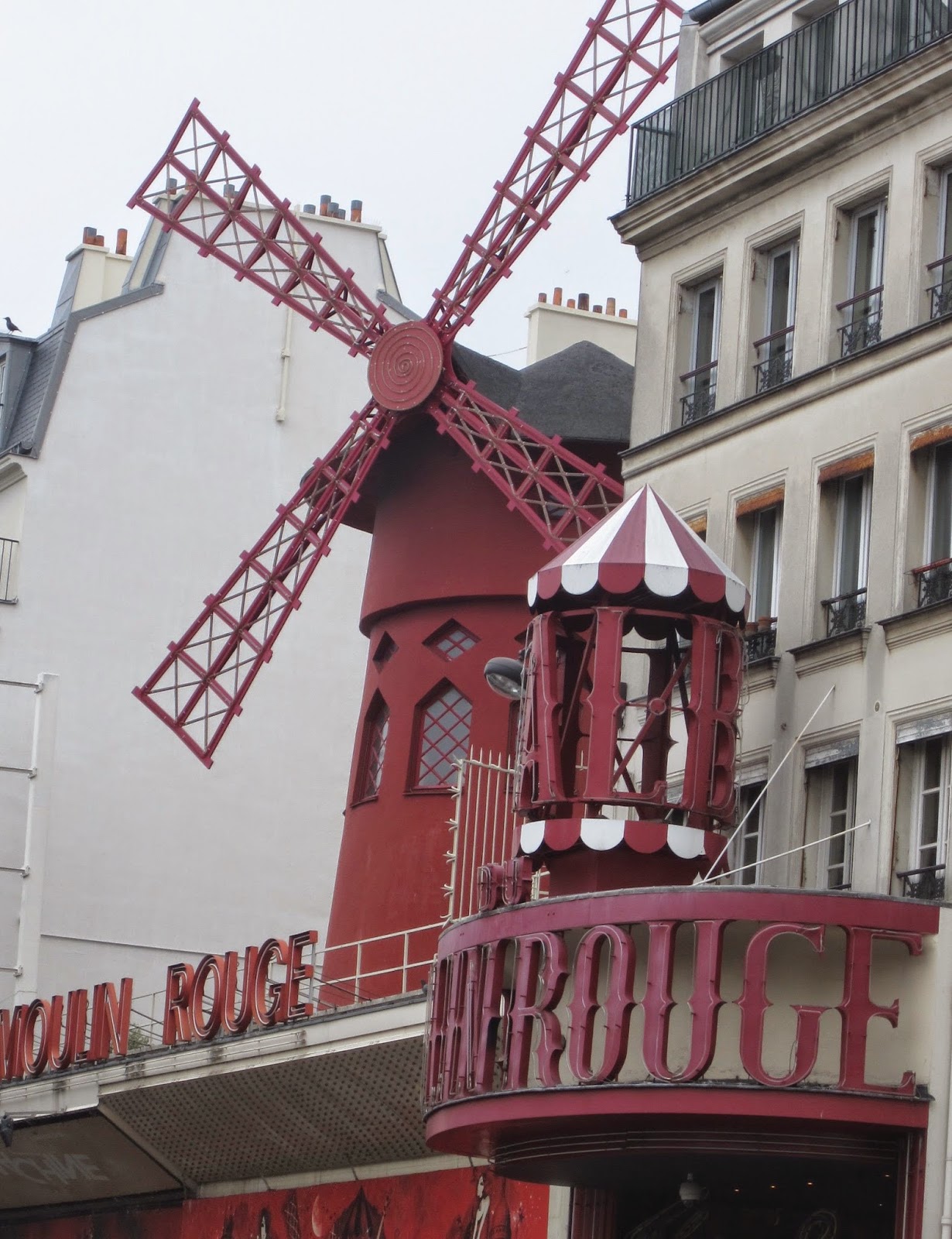 I became fascinated with the windmills of Montmartre. Here is another. I think I have to go to Holland. 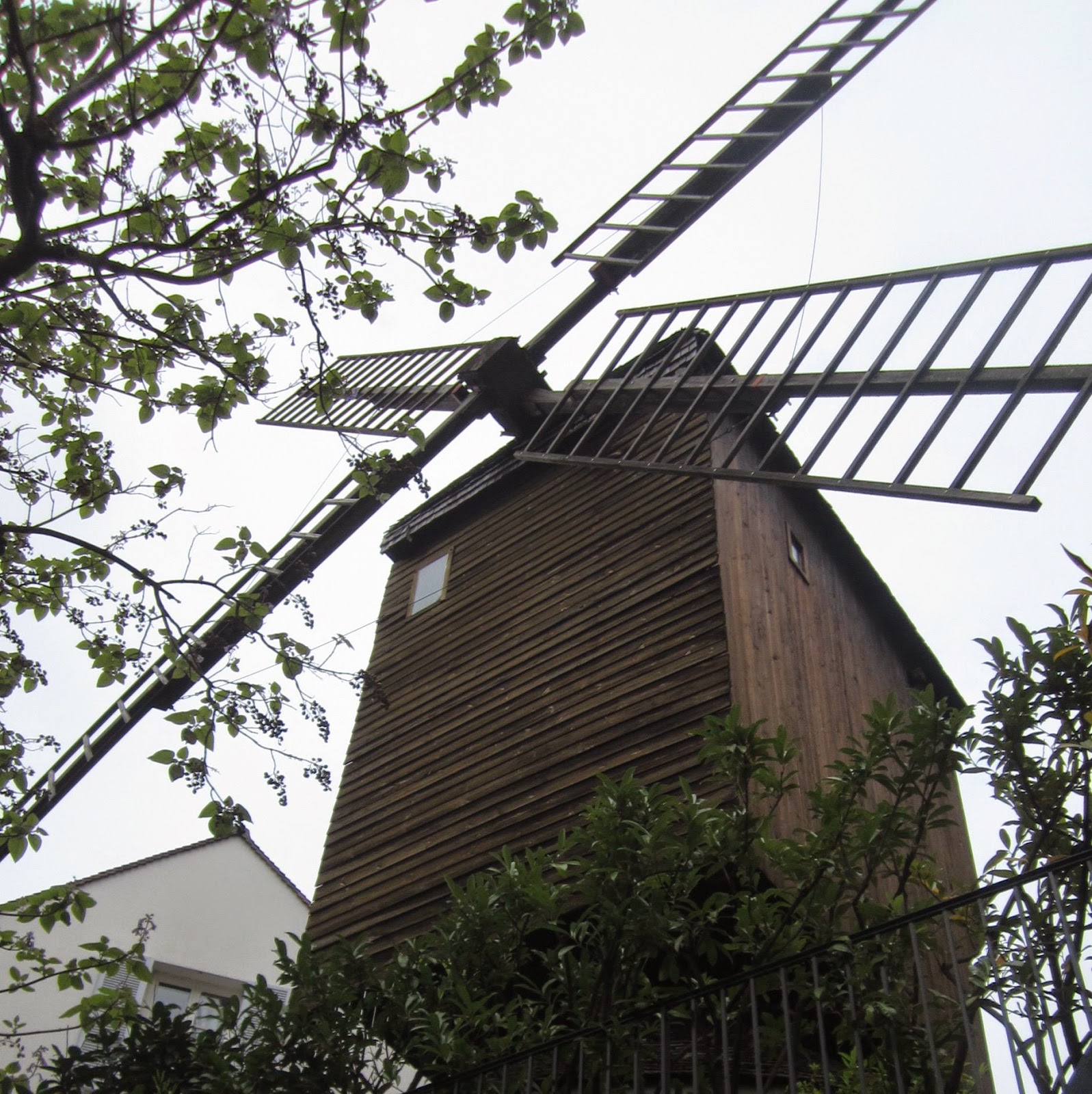 Just down from the cathedral is a lovely square filled with artists, restaurants and joie de vivre!! 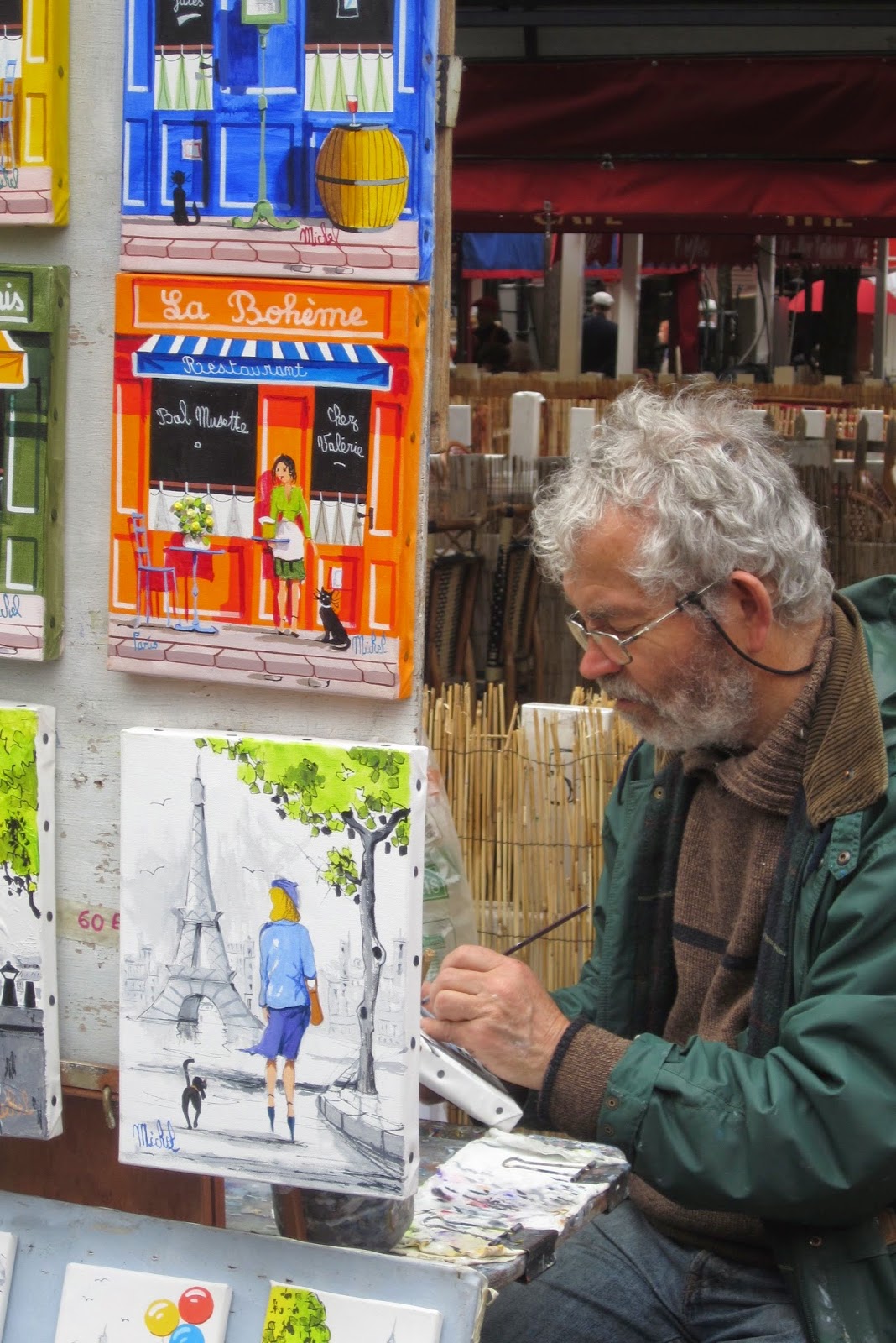 Tomorrow we catch a train to Cannes. It's a fast train, so the trip should be about five hours. By all accounts, the sun is shining on the Cote d'Azur!!

Have a awesome day!
Posted by Carol Tomany at 1:54 AM