Before we left on vacation, several people recommended that we go to the hill town, St Paul de Vence. The guide books also raved about it, so we set out by train and then by a bus which climbed into the mountains to reach the town. The place is really a "must see." It's a museum of tiny cobbled streets, carved out of rock, that wind up through rows of stone houses, which, on the main streets, are wonderful art galleries, tasteful boutiques and quaint cafes. Real people actually live in lovely apartments on the side streets, so there is also a "lived in" quality to the town, albeit, a very upscale lived in quality!! 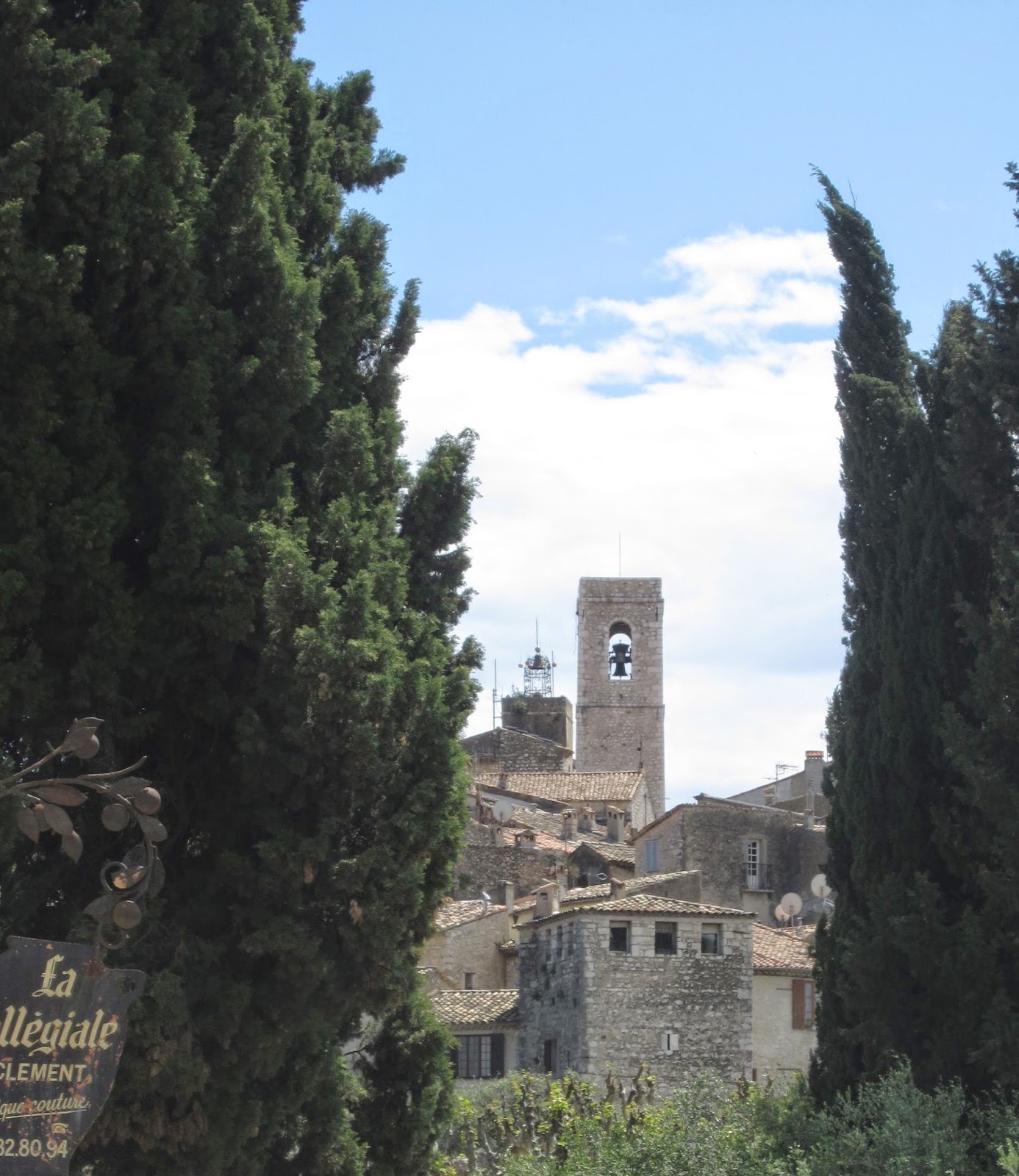 We had packed a lunch, which we almost didn't eat, because my husband decided that, if we could get into a very popular restaurant here, we would. Unfortunately, we needed reservations, so lunch was the ham and cheese sandwiches, in the backpack, that my husband had forgotten to take off on the train, so they were a little squished :) Although it was mainly sunny and warm in sheltered places, there was a strong wind blowing down the mountain and through the town. I wouldn't come here on a cold day. Some restaurants actually provided blankets for patrons at exposed tables. 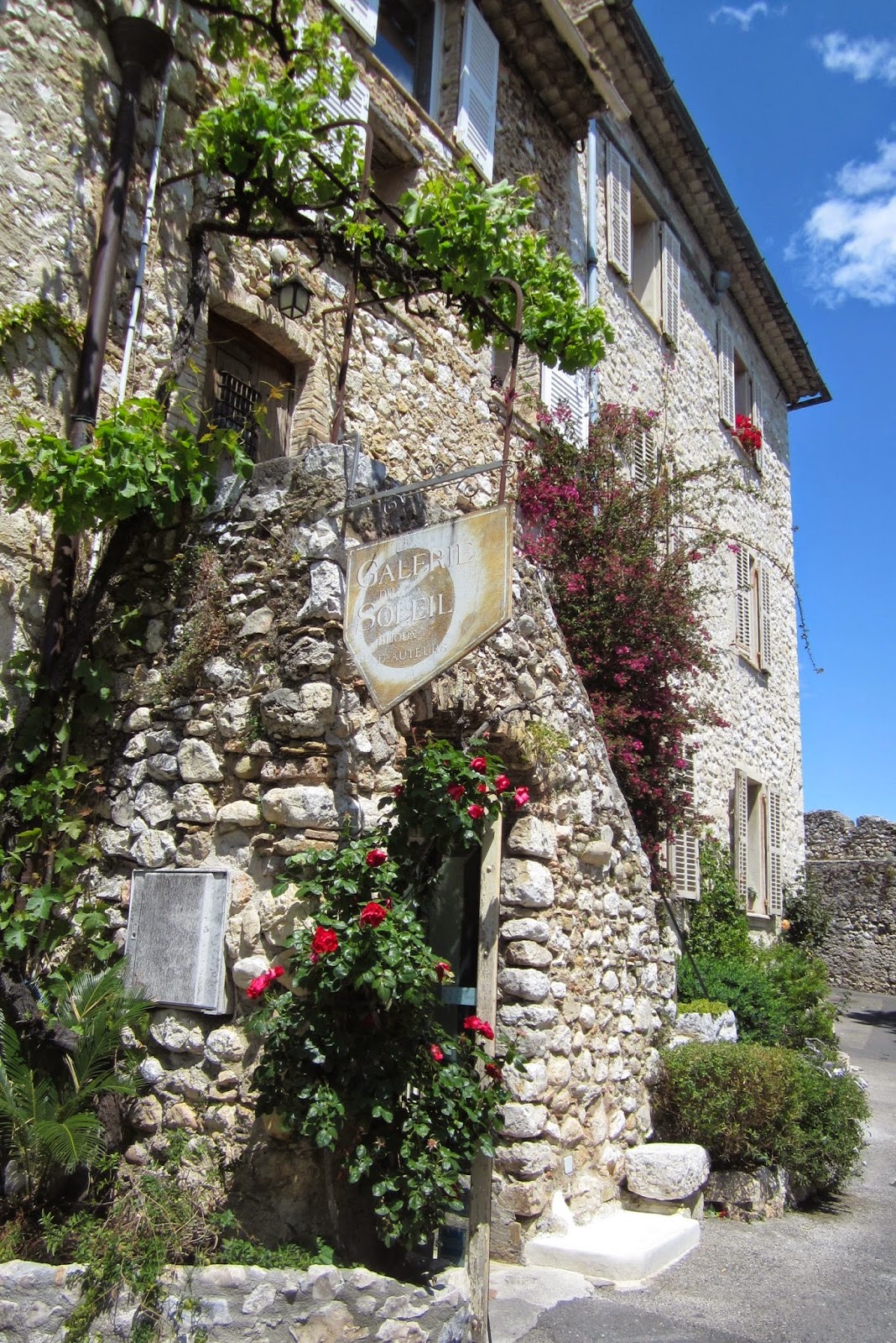 The bus we took starts in Nice, although we boarded it at Cagnes Sur Mer. If you board the bus in Nice, you can usually get on, however, it fills up quickly along the route and the first bus that passed us was full. Fortunately another bus was added, or else it would have been another 45 minute wait and maybe another full bus. You avoid these glitches with an organized tour, but then, we would never have met Annabel. 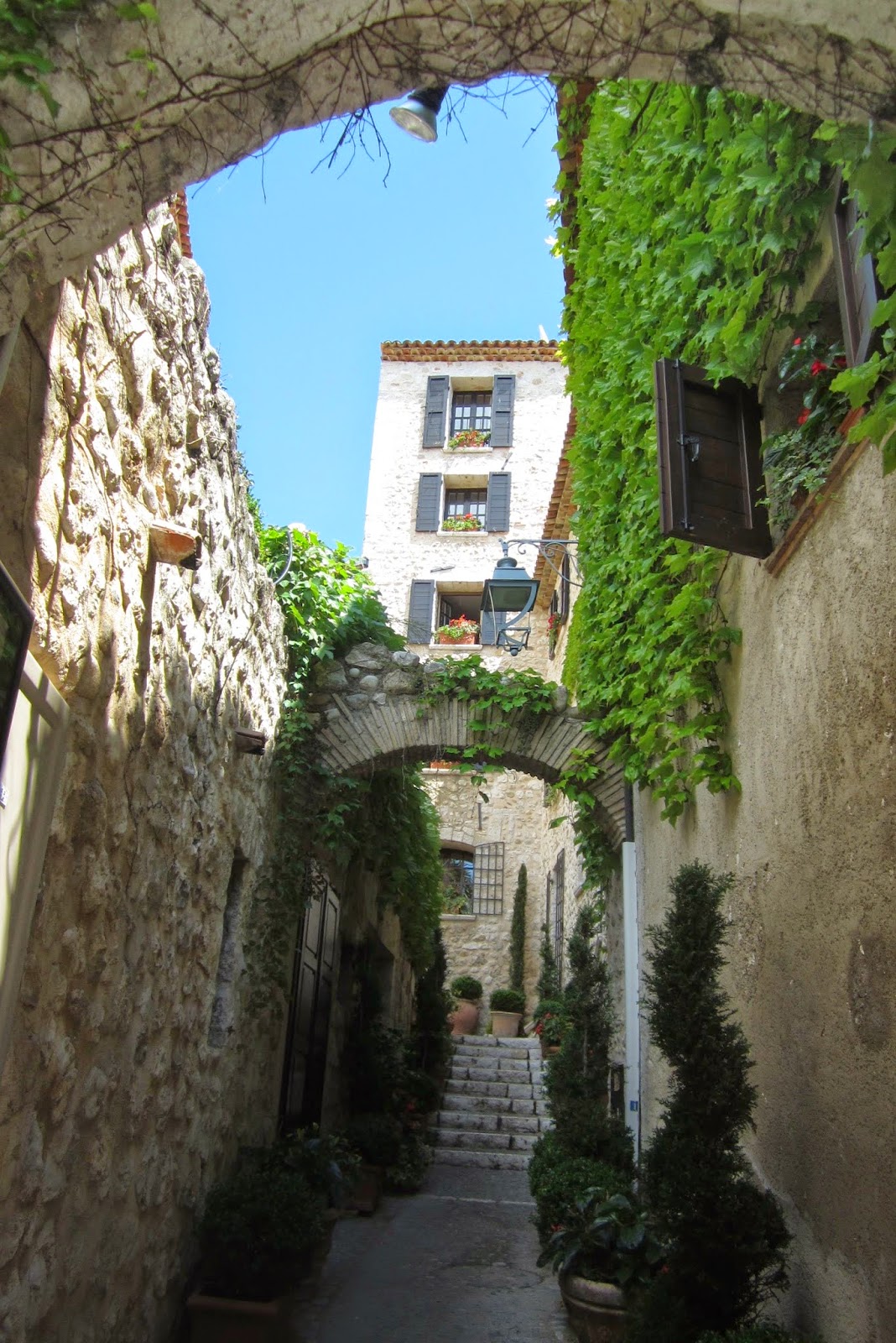 Because of the irregular bus schedules, several of us at the stop in Cagnes Sur Mer were wondering, if there would ever be another bus. Since we were all in the same boat (err bus), we started chatting. We actually had a long conversation with a young woman, from Guatemala. We connected immediately, because our two youngest were born in Guatemala. Annabel told us that she was studying French cooking here and that her family owned a restaurant in the small town of Mazatenango. Our paths crossed several times that day and in the end, she gave us her business card, saying that if we were ever in Guatemala to be sure to look her up. Nicholas has already planned a holiday next year to visit Annabel.