Today we walked to one of the loveliest art galleries in Paris, Musee d'Orsay. It is housed in an old train station which was due to be torn down. I am so glad that people rallied to save it. We spent most of our time on the 5th floor, which is given over to the Impressionists. The paintings of Monet's garden were made even more impressive, because of our visit to Giverny, just yesterday. 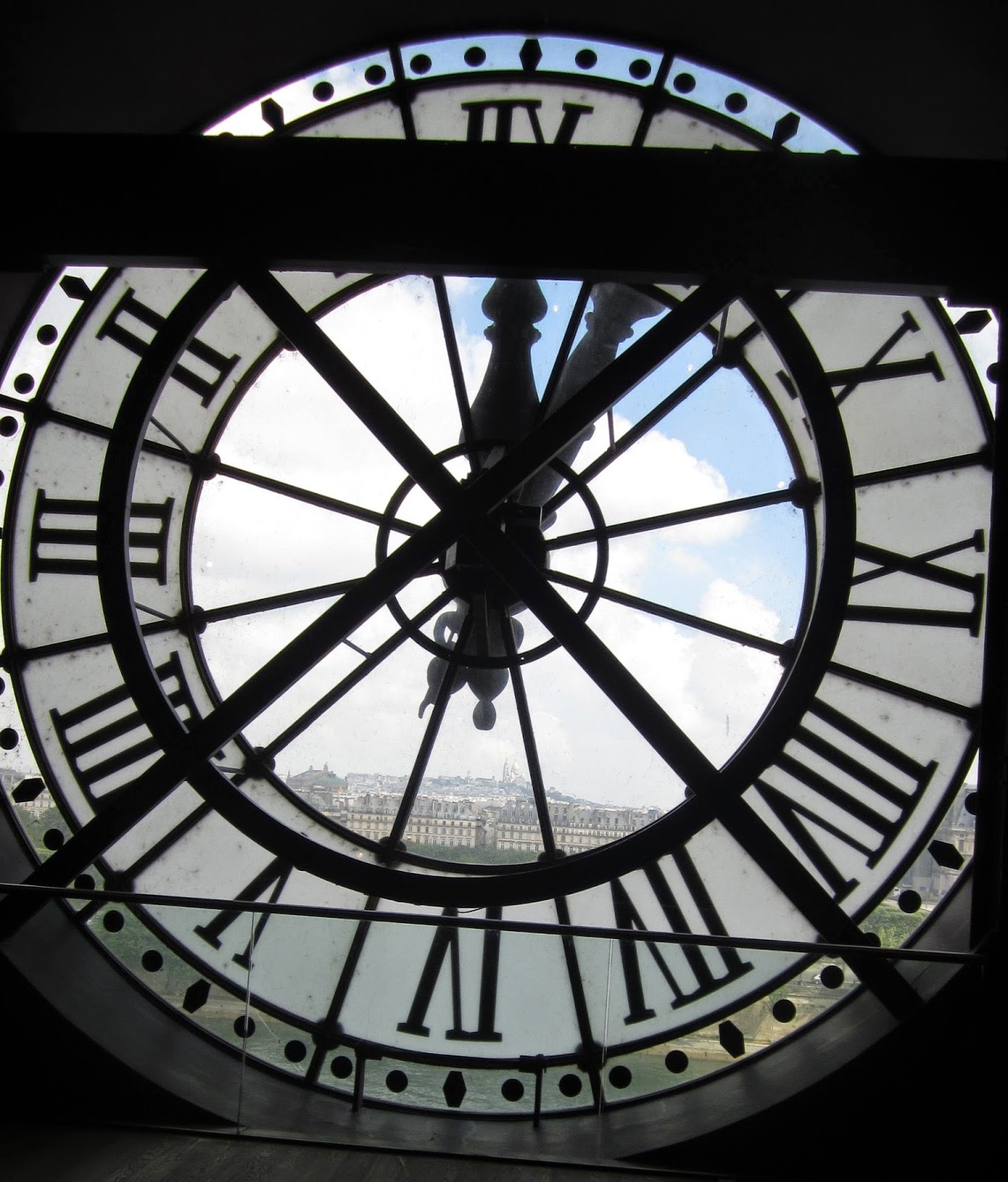 My brother-in-law treated us to lunch at one of his favourite bistro's, Le Jardin de Notre Dame, which is, as you might expect, very near the cathedral. It was a lovely spot with starters, such as, avocado and shrimp and main courses of lamb, steak and fish. The cost, with dessert, which completed the set menu, was just 16 euros per person. Wine, of course, is always extra. 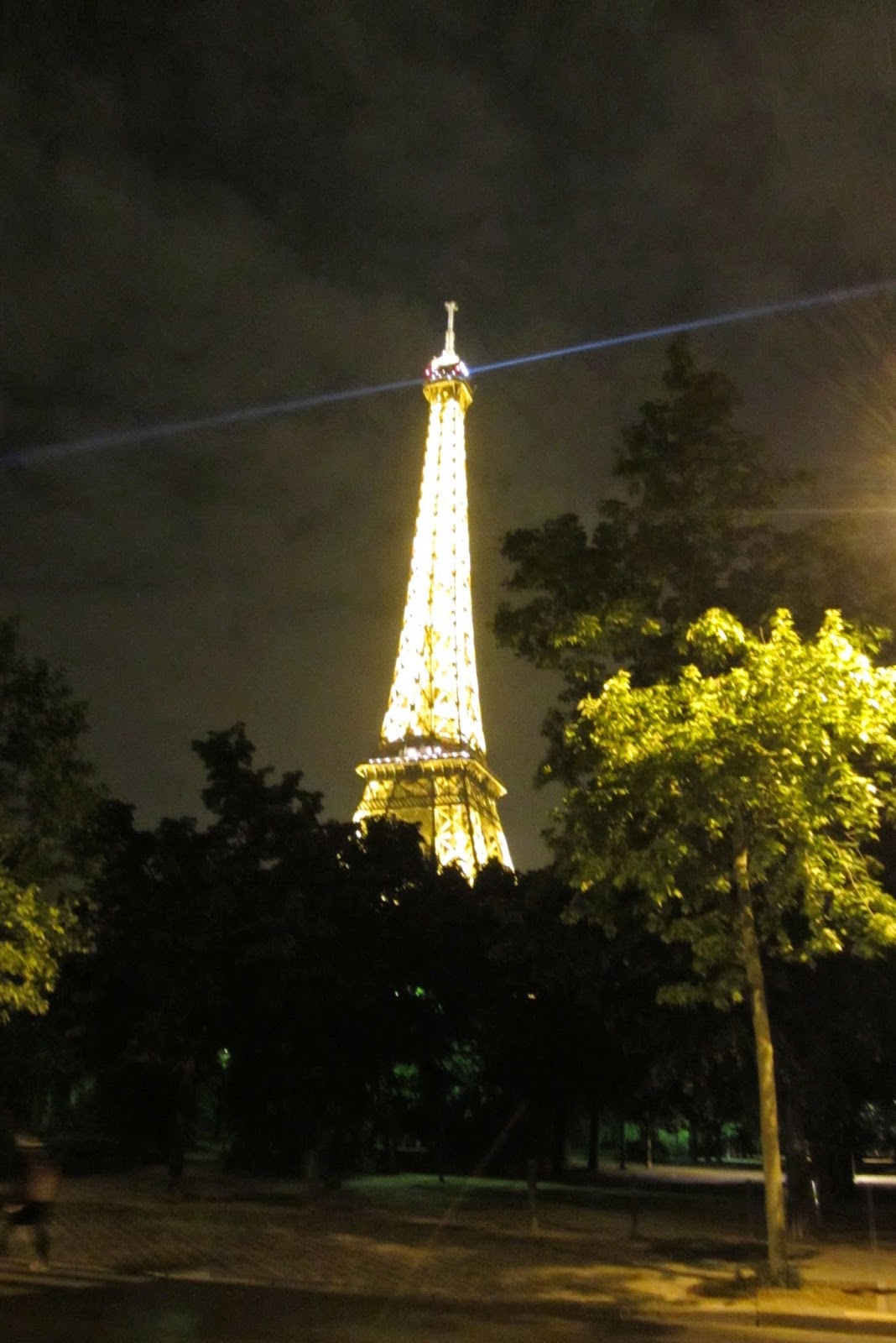 After lunch, we walked south into the Latin Quarter and over to the Luxembourg Gardens, getting lost several times and adding several miles to what turned out to be a 7.5 mile tour!! We had a quick look at the gardens and an even quicker coffee at an outdoor cafe, before we decided to take the Metro home. Unfortunately, we realized, when we tried to exit at our stop that 1) we couldn't find the exit and 2) we needed to exit with the tickets we had bought a few stops earlier. Who was to know!!  It turned out that I had lost mine and my son had thrown his away. Another trapped in transit story to add to the list. Fortunately, Information gave us a pass to get out and we eventually found an exit through the labyrinth of tunnels and corridors, clogged with people. 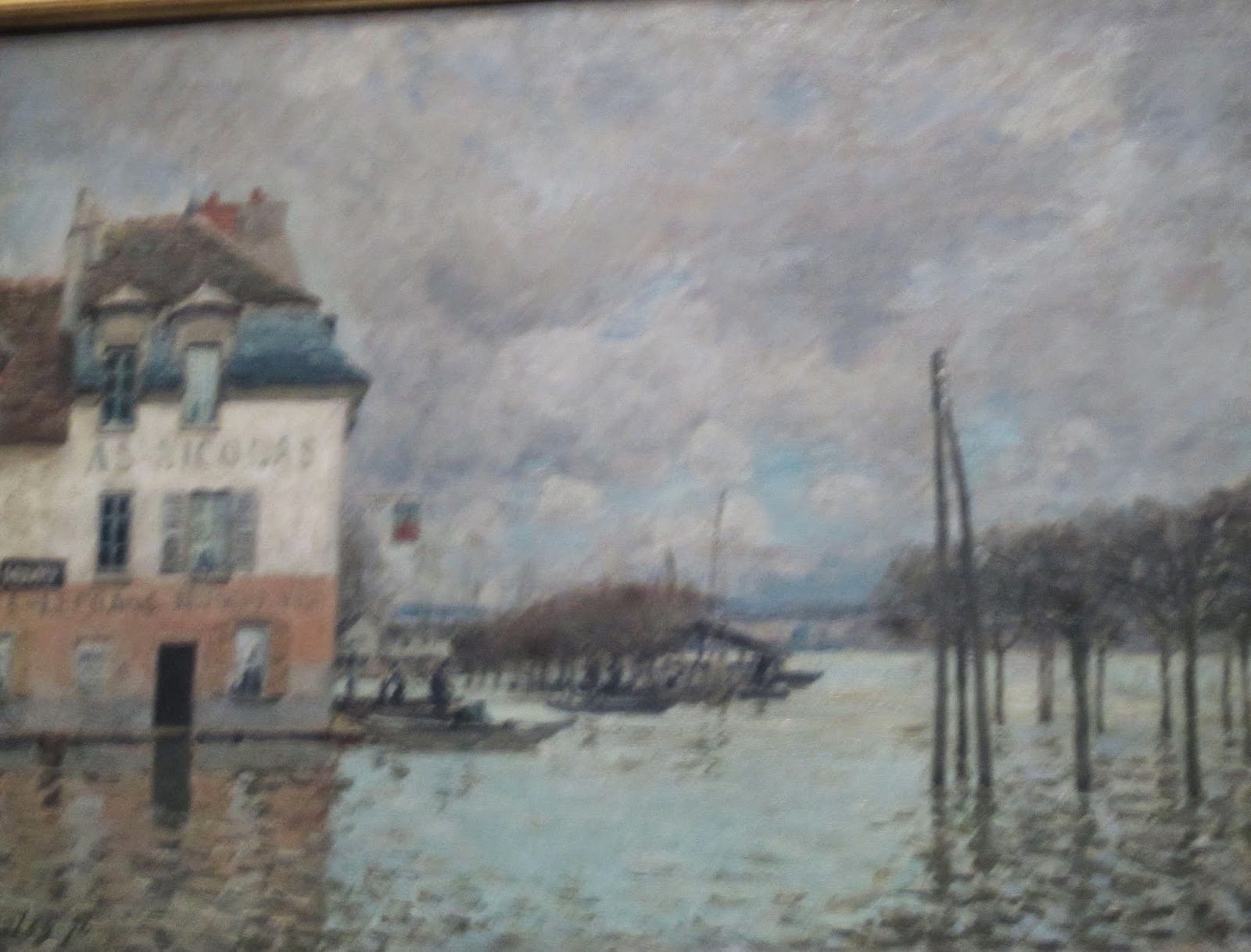 We might have called it a day and a night at that point, except that Nicholas wanted to see the Eiffel Tower lit up in the evening. We also decided that we really needed dinner, in spite of the substantial lunch, so we found a restaurant, in one of our guide books, which was over by the Tower and although we had to wait about 30mins to get a table, it was worth it. The meal was exquisite!!

The painting above is not a Monet, but close. The name on the building is Nicholas and the picture depicts a flood in a small town. Well, we have had a lot of water here too :)