A twenty minute ferry ride from Cannes is the tiny island of St Honorat, which became famous in 420 A.D. when a holy man named, Honoratus, established a religious community there. The monastery became a focal point for pilgrimages and it is said that even St. Patrick may have studied here. 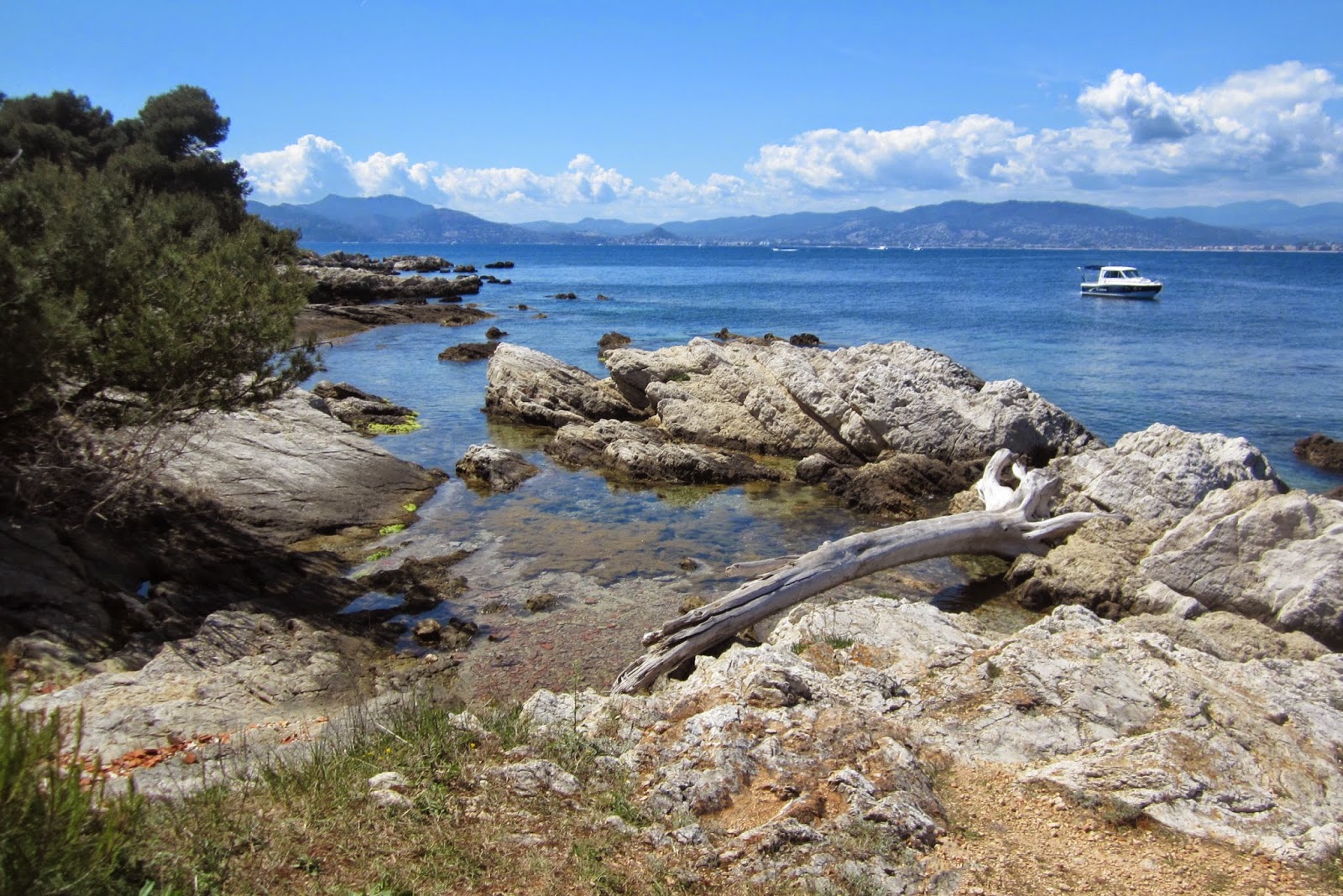 The population of monks dwindled over the years, mainly because of raids by sacracens and pirates and the island was eventually sold to a famous actress, in the early 1800s. Fortunately, in 1857, the island was bought back by the church and a monastery was again established, which is still thriving today! 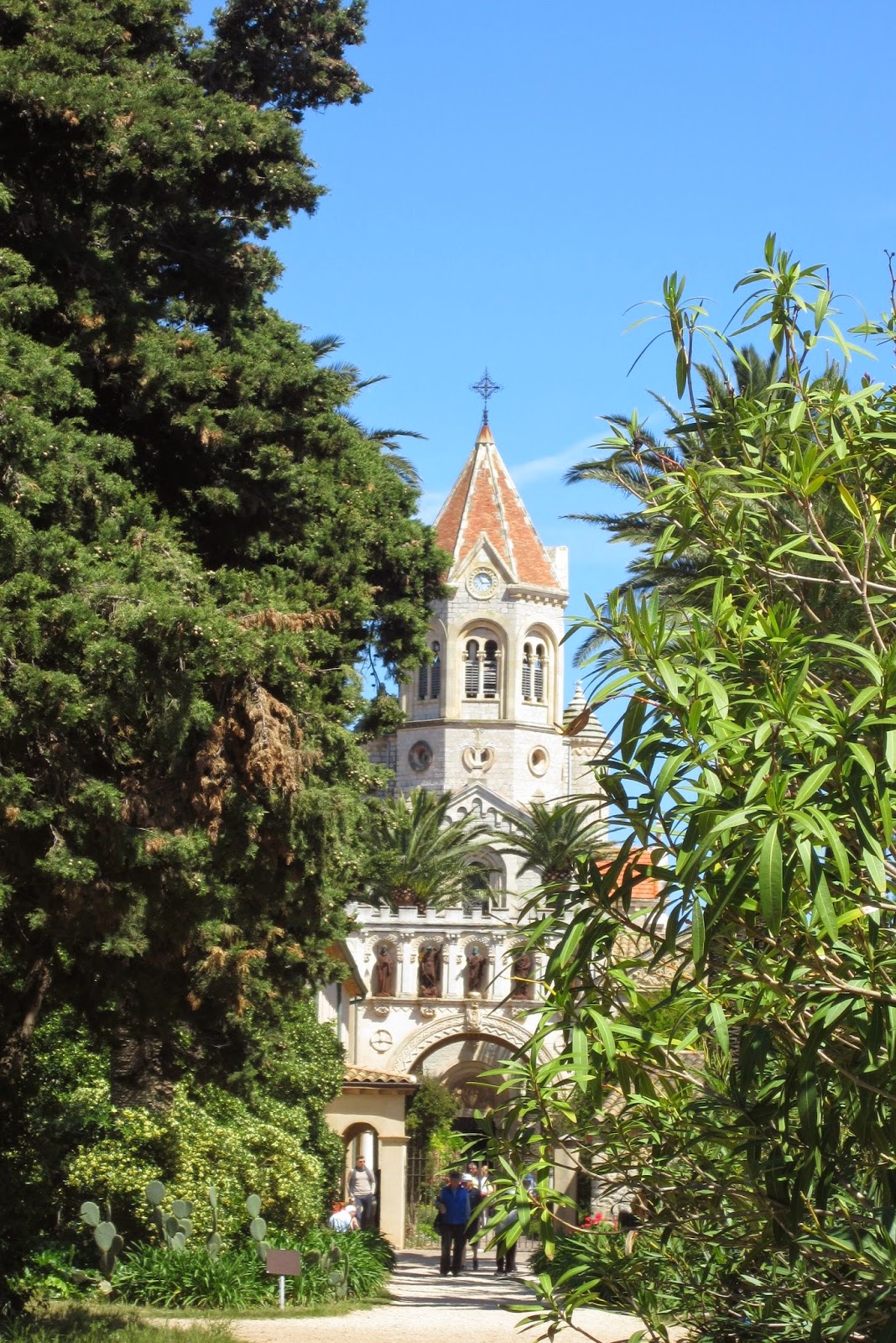 It takes about an hour to walk completely around Ile St. Honorat at a gentle pace, on a broad tree lined path. Day-trippers escaping the hustle and bustle of Cannes, picnic or sunbathe on the rocks along the rugged coast. There is a restaurant near the ferry dock and a small shop, which sells the wine, made on the island. The monks support themselves by maintaining vineyards, making wine and selling it to visitors like us. Or maybe visitors with more money than us because it's fairly pricey, but good. We had a glass, while waiting for the ferry back to Cannes.

There is a similar, larger island, St Margarethe, slightly closer to Cannes, which allows cars and has a small marina, however, I wanted to go to St Honorat, because of the contrast. It was lovely!!

Have a wonderful day!!
Posted by Carol Tomany at 12:31 PM