I'm sure that you have heard the metaphors that use the example of two cows to explain various political and economic theories. Here is an example from Wikipedia.


And here is a site. visual.ly with a whole lot more that are really funny.

I have always been fascinated by a graphic on a wall in Toronto. It's just outside a restaurant on King St. and it features two cows. Here it is - 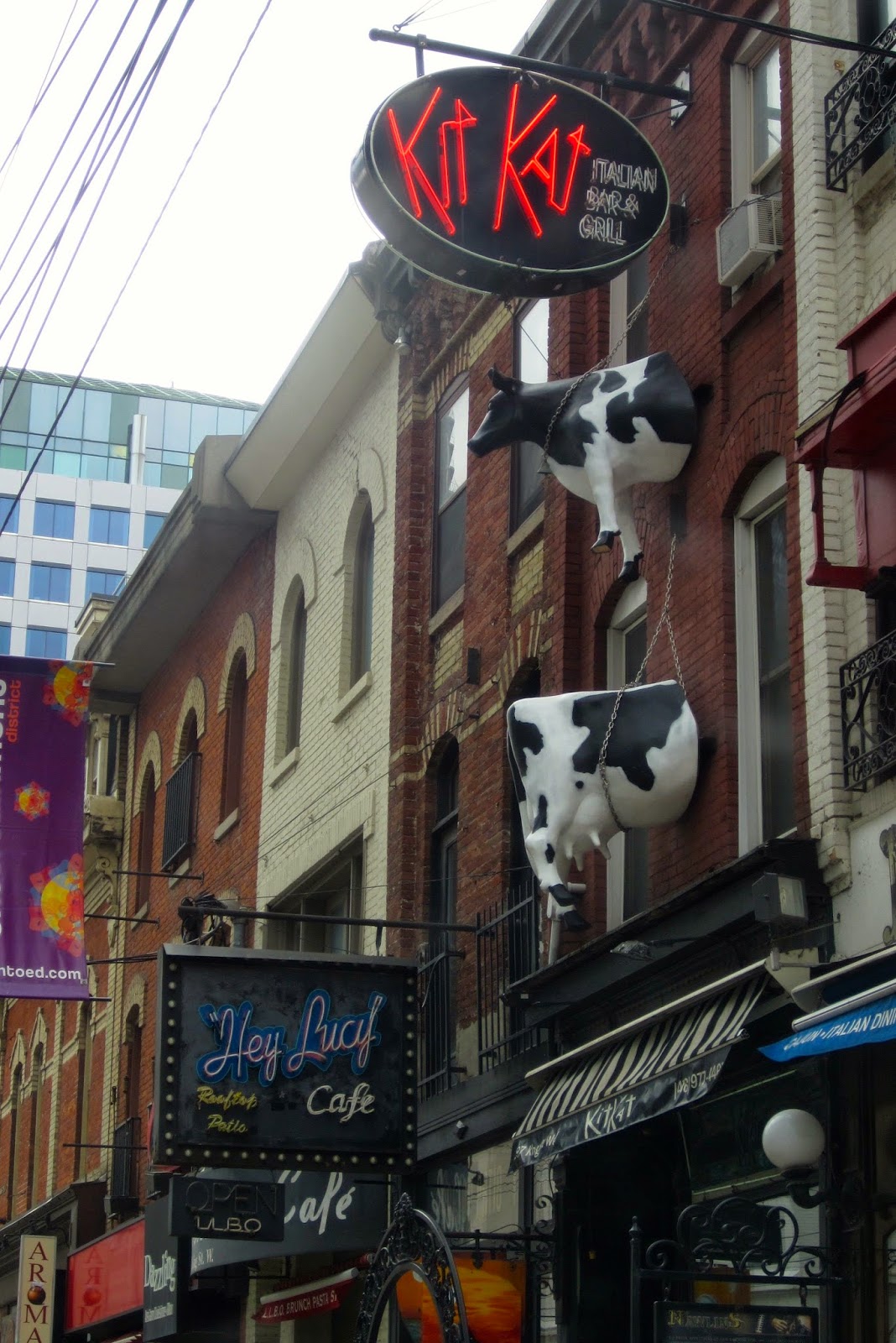 This really needs a caption!!

It may, also, be a metaphor for small businesses everywhere. They often don't know whether they are coming or going, but they are unique, one of a kind enterprises and they need to be fostered!!

Have a whimsical day!!