When I need a lift, I often turn to poetry or photography. We went out last Sunday to buy electrical adaptors so we could plug our phones and computers into French outlets, while on vacation - The French Connections, maybe. Fortunately the owner of The Travel Store on Cumberland knew which one(s) we needed from the dizzying array of prongs.

Did you know that France prefers a two pronged adaptor, while Italy likes a three pronged one? It might be right up there with extra virgin olive oil. Anyway, since we have two three-pronged ones, we decided to buy two two-pronged ones - this could also be the lyrics of a song - "The harmony of Harmonization" or not as the case may be :) We have taken power bars in the past to avoid this prong overload, but we blew every circuit we used in Italy, even though they (power bars) had worked in Spain.

But I digress - back to the poems and photography!! It was a mild, but grey day. I took my camera to alleviate some of the gloom by taking pictures. Here's one. 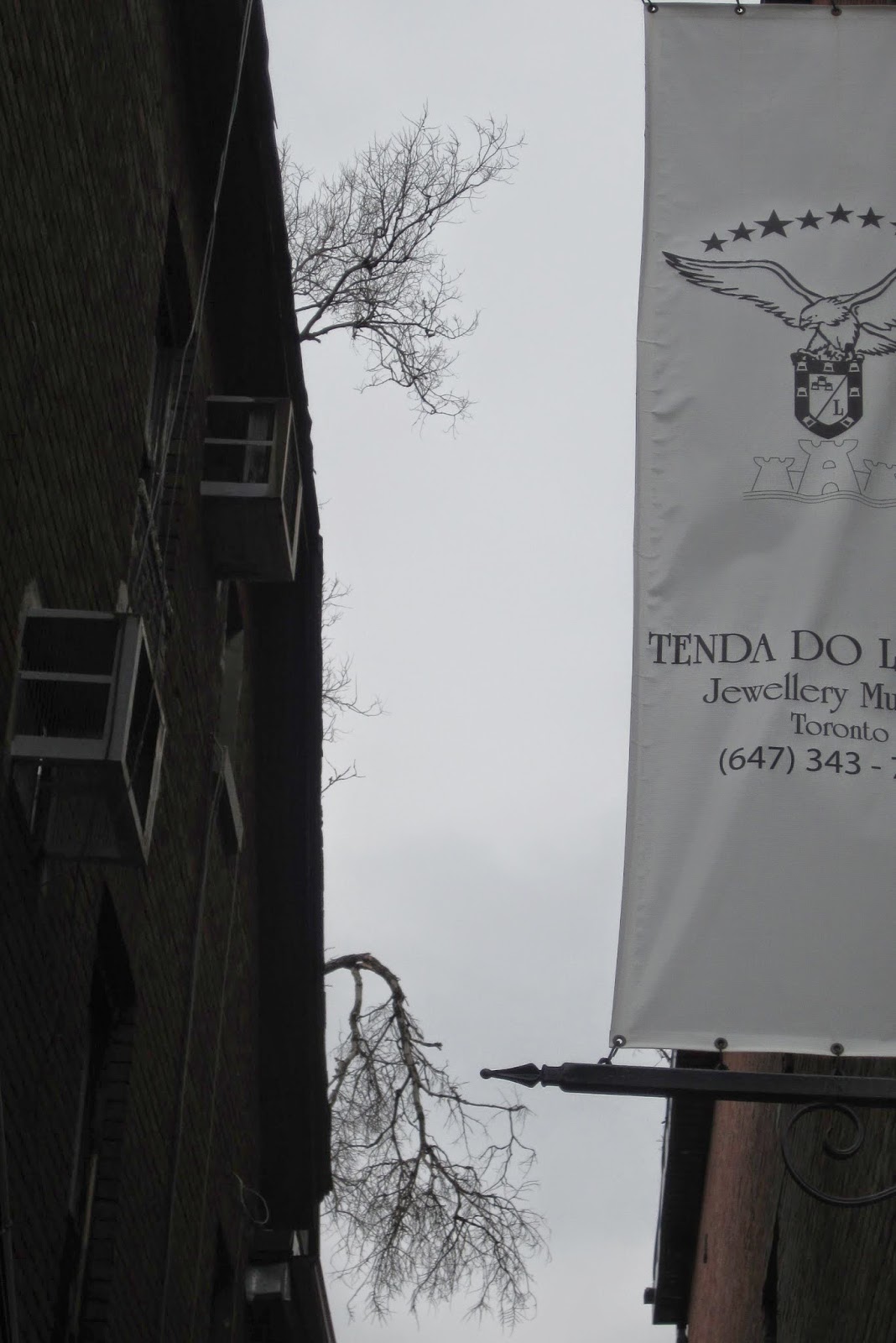 It's a little odd. The tree behind the building actually looks as though it's growing out of the roof. I liked it because it was different. I need to change up the ordinary ever once in a while. 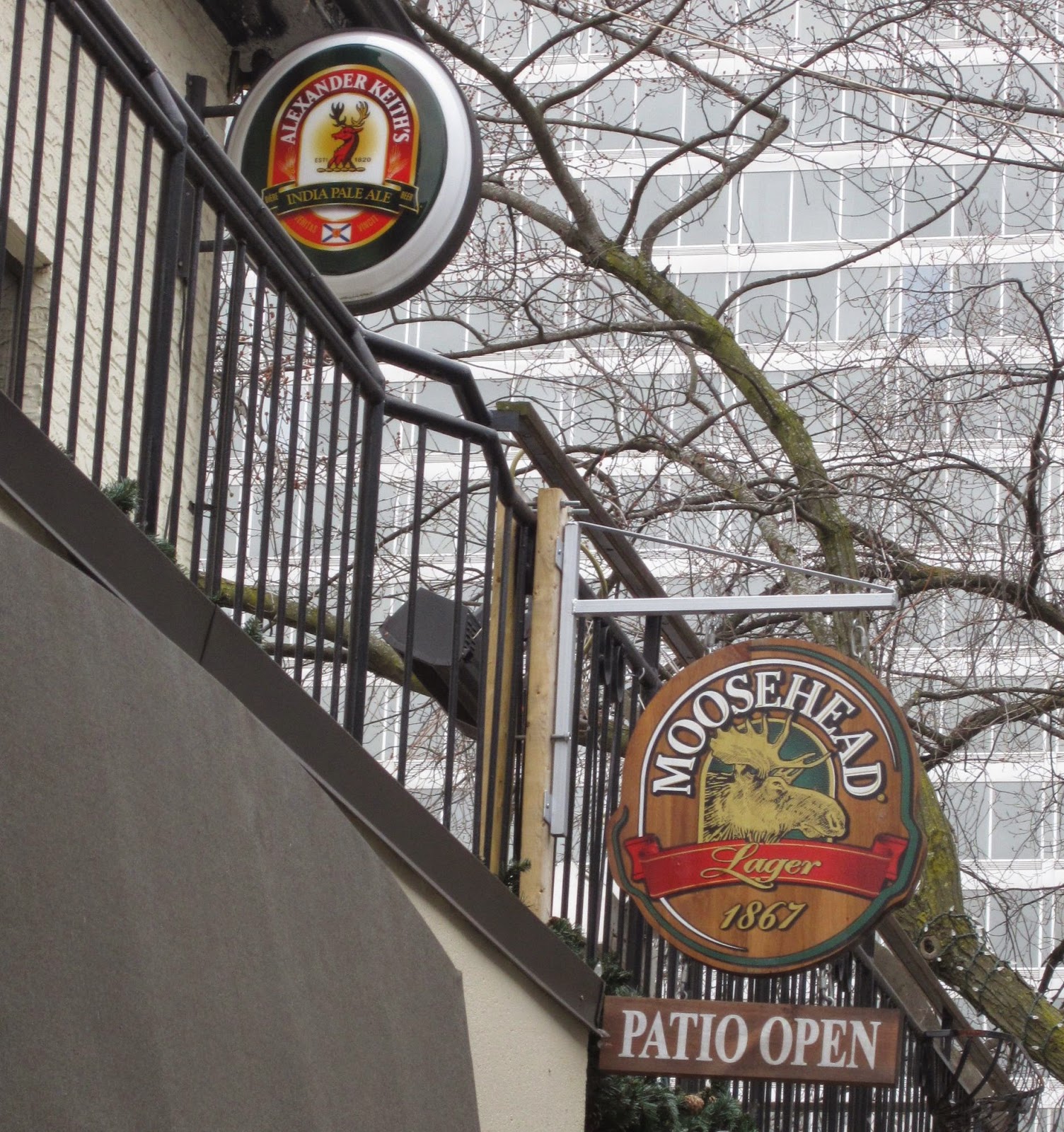 I also liked the spots of colour against the grey trees and equally grey building - warm for so many reasons. 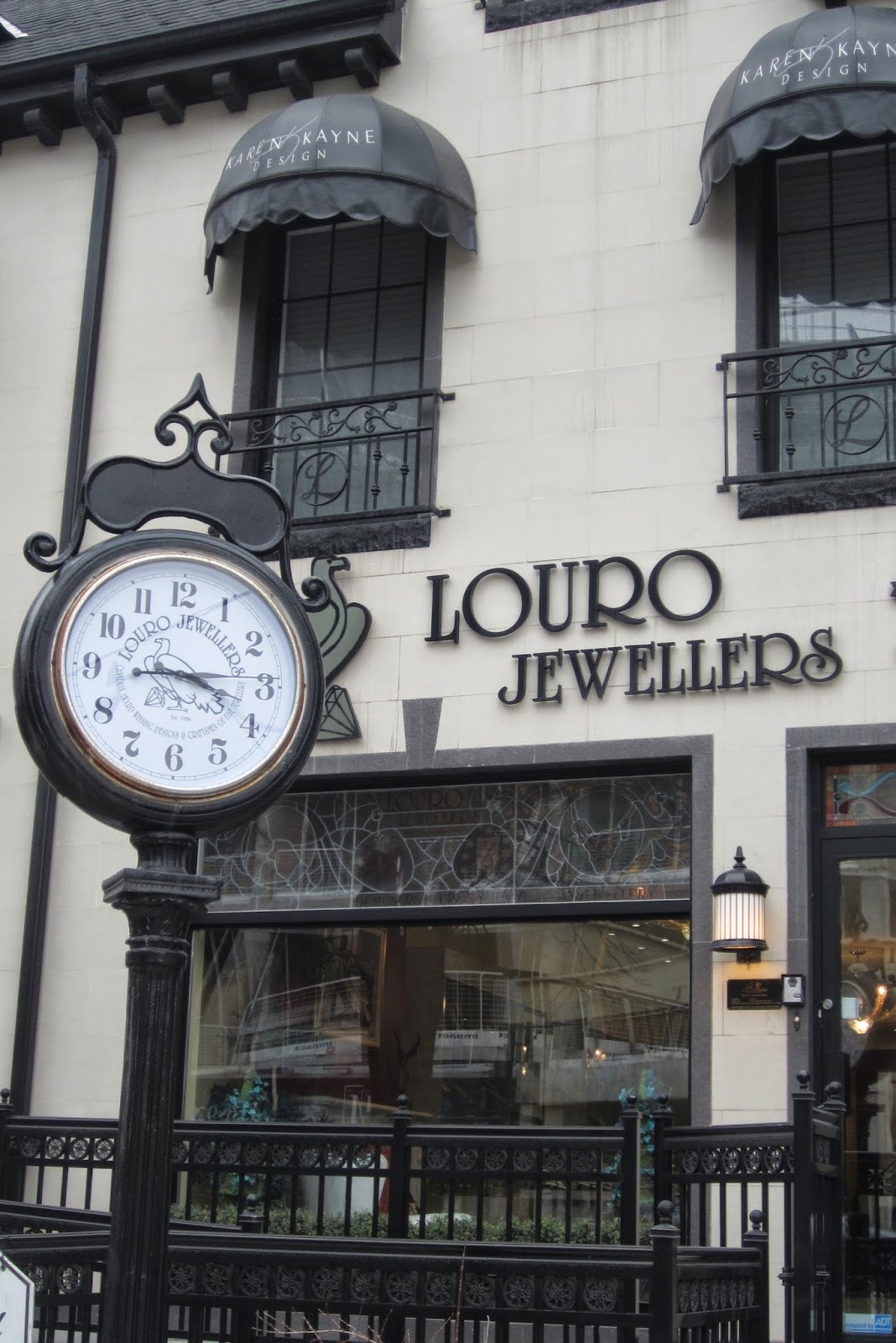 This looks so European. There were some really pretty places in Toronto before the high rises came.

These are the pictures and this is the poem.

You are the bread and the knife,
The crystal goblet and the wine...
-Jacques Crickillon

You are the bread and the knife,
the crystal goblet and the wine.
You are the dew on the morning grass
and the burning wheel of the sun.
You are the white apron of the baker,
and the marsh birds suddenly in flight.

It is possible that you are the fish under the bridge,
maybe even the pigeon on the general's head,
but you are not even close
to being the field of cornflowers at dusk.

And a quick look in the mirror will show
that you are neither the boots in the corner
nor the boat asleep in its boathouse.

It might interest you to know,
speaking of the plentiful imagery of the world,
that I am the sound of rain on the roof.

I also happen to be the shooting star,
the evening paper blowing down an alley
and the basket of chestnuts on the kitchen table.

Have a wonderful day!!
Posted by Carol Tomany at 10:14 AM