For all those who saw the movie, here are some night pictures of Paris. They weren't taken at midnight, however, they were taken after a rain shower and they do show the magic of the city of lights.


We've managed to eat out every night, given that the cooking facilities at the flat are meagre at best. Plus we do need some evening entertainment. What's better than food? So far the food has been excellent. I was fascinated by a starter of poached eggs cooked in red wine with mushrooms and lardons - yum. I've had a traditional boeuf bourguignon and the only meal that disappointed was a lamb tagine, which should have been better because it was in the Marais district of Paris, where couscous rules!!


Even though it has been cool and rainy, most of the tables outside the restaurants are full. Streets are busy and there is a lightness in the air, in spite of the cloud.


I even saw a rainbow one evening. Lots of magic about!! We have walked everywhere. I have managed 20,000 steps almost every day. That's about 6 - 7 miles daily. The only time we took a cab was to the eiffel tower because we were running late. We also had to take a cab back because we were soaked by a sudden, very heavy rain shower, but it was worth it for this picture!! 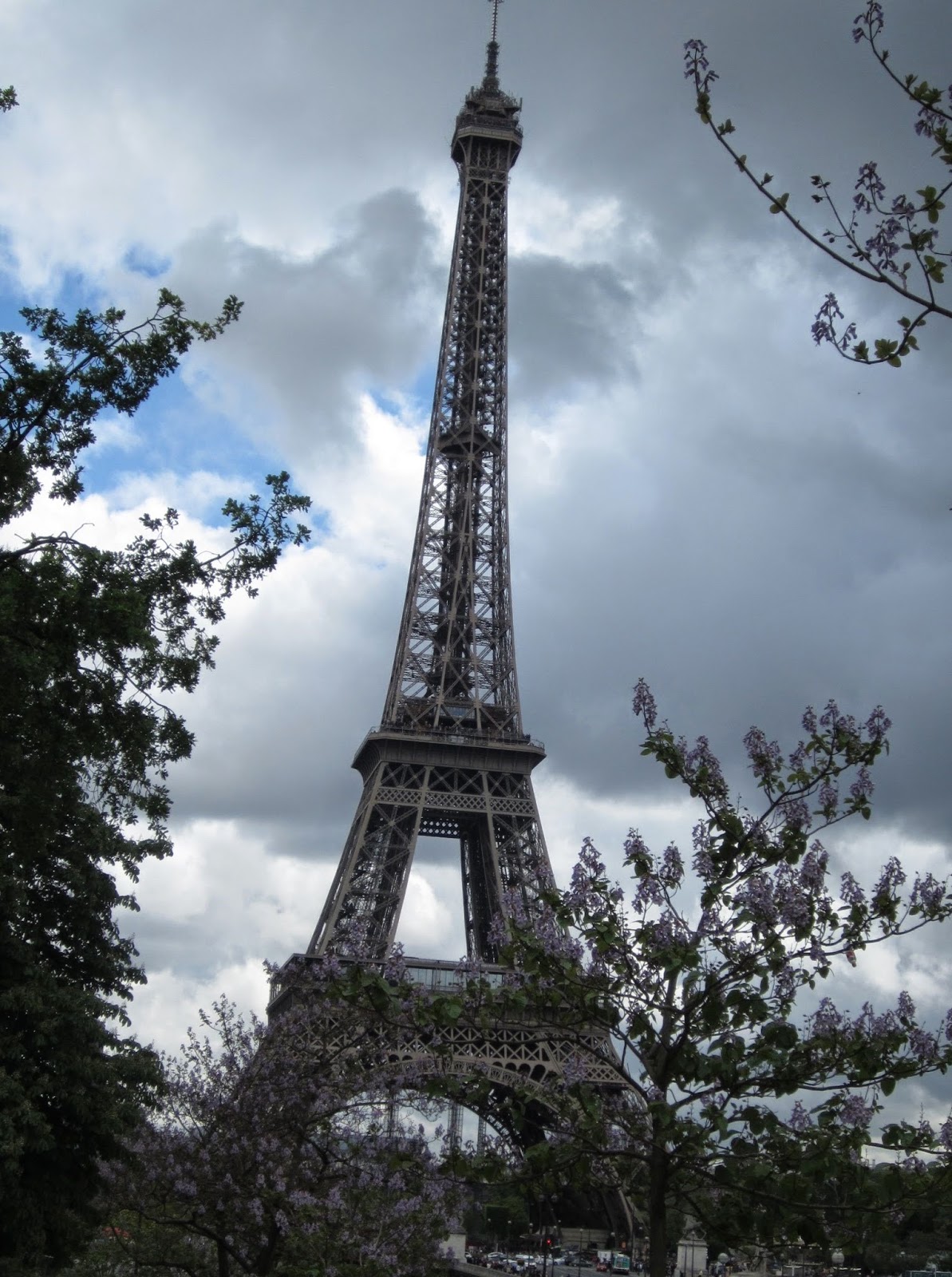 Have an awesome day!!
Posted by Carol Tomany at 4:17 AM