OK I know that I probably should have written 30ºC and climbing but 90 seemed much more emphatic and emphasis was my goal, yesterday anyway!!

Monday started out as a normal Monday. Maybe this is a contradiction in terms, what Monday is ever normal? This one by all accounts should have been. You see it was Handyman Monday. Throughout the year, we put together a list of chores for our handyman to "do." My husband is just not that good at installing light fixtures, planing doors, upgrading thermostats etc. Now I might be, but I know, if I ever found that out, I'd be called upon all the time to do the this's and that's around the house and might, as a result, never write!!

So we call in a surrogate, a.k.a. The Odd Job Guy and voila!! The chores get done!! One of the jobs, yesterday, was to install a new thermostat for the furnace - a nice modern one that could be programmed. No problem, Mark called the manufacturer before installing it to make sure that the one I had bought would work. They did insure me at Home Depot that it would, but then I have been lied to before. Honeywell also said that the device would work on our furnace. Go for it!

By 2:30pm all the tasks had been done, the house looked great except for all the holes in the plaster and the spots that needed to be painted because light fixtures etc had been moved. I'll save those for another day. I even had time to pop over to the office and get set up for Tuesday. When I got back home, the house was almost 90ºF and the rads were pipping hot. What had happened? I fiddled with the thermostat - no luck. I called the 800 number on the manual for the thermostat and got someone halfway around the world who was following procedure. It was getting hotter by the minute in the house and my temperature was rising too!! No, I wasn't going to take the gadget off the wall and take it back to the store, nor was I going to photograph the front and back of the device, plus the sales receipt for them to send me a new one. I upgraded the call. Finally after much to-ing and fro-ing, I rang their offices in Minnesota and demanded that someone get back to me immediately or I was going to call 911 and CNN simultaneously. This was 90º of desperation. 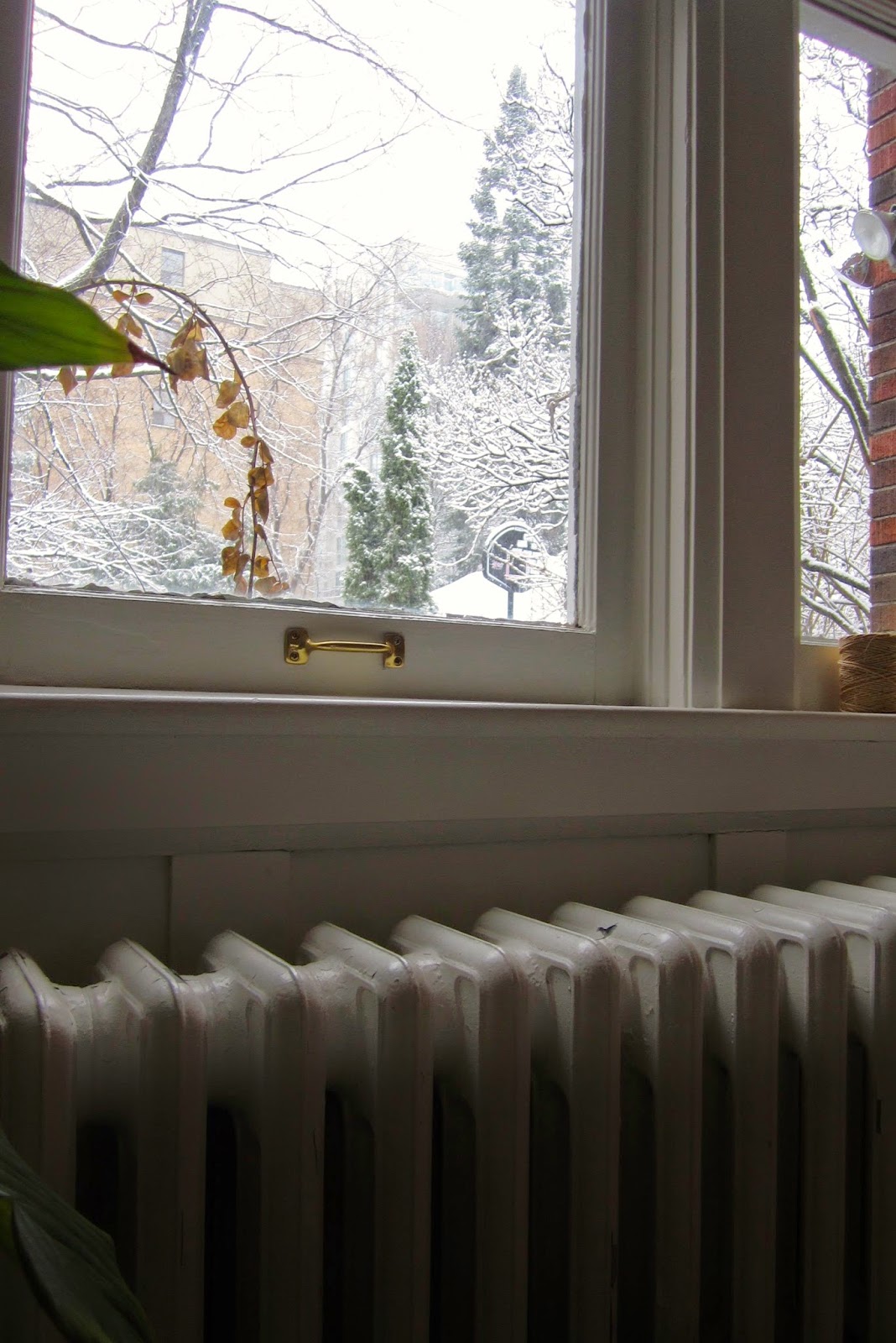 Finally, a very nice young man got on the phone and actually persuaded me to take apart the thermostat to see if it had been installed correctly. He even suggested that the instructions in the manual might not be clear enough, thereby absolving the handyman of any error. Apparently the wire in B should really be in W to make the whole thing work. Who would have known? However, to make this change, I first had to go downstairs to the electrical panel, turn the power off to the furnace,  re-wire the thermostat and turn the power to the furnace on again, sigh!!

The house was beginning to cool down. We reset the gadget and hoped for the best, because Tuesday was also not going to be your average Tuesday. After a weekend of 20ºC plus weather, it was going to snow. I just prayed that the furnace would come on again through the night!!

Have a normal day!!