Today we have naming of names.....

It's always an interesting diversion to muse about names - why certain names are popular at certain times and in certain places, for example. I've been reading Middlemarch by George Eliot. I'm at the middle of the book and it is almost the middle of March - how is that for irony :) Anyway there is a lovely character in the book, called Caleb. It's a biblical name, which means devotion to God. I've decided that I really like the name and if I could have more children, then one of them would be a Caleb.

Fortunately, I am not in a position to have more children, even if I adopted a few more. In fact, if I tried to squeeze more people into the house, I would be declared mentally unstable and dispatched to an institution, thereby leaving a little more space for the rest. But I digress. Caleb was a popular name up until the 1920s when it dropped out of favour. It then came out of nowhere in the 1960s and has continued to gain favour right up to the present. I haven't met many Calebs, but there are variations of which I am not that fond. (Reading Victorian novels alters your sentence structure.) Colby is a variant. Now I have met a few of those. 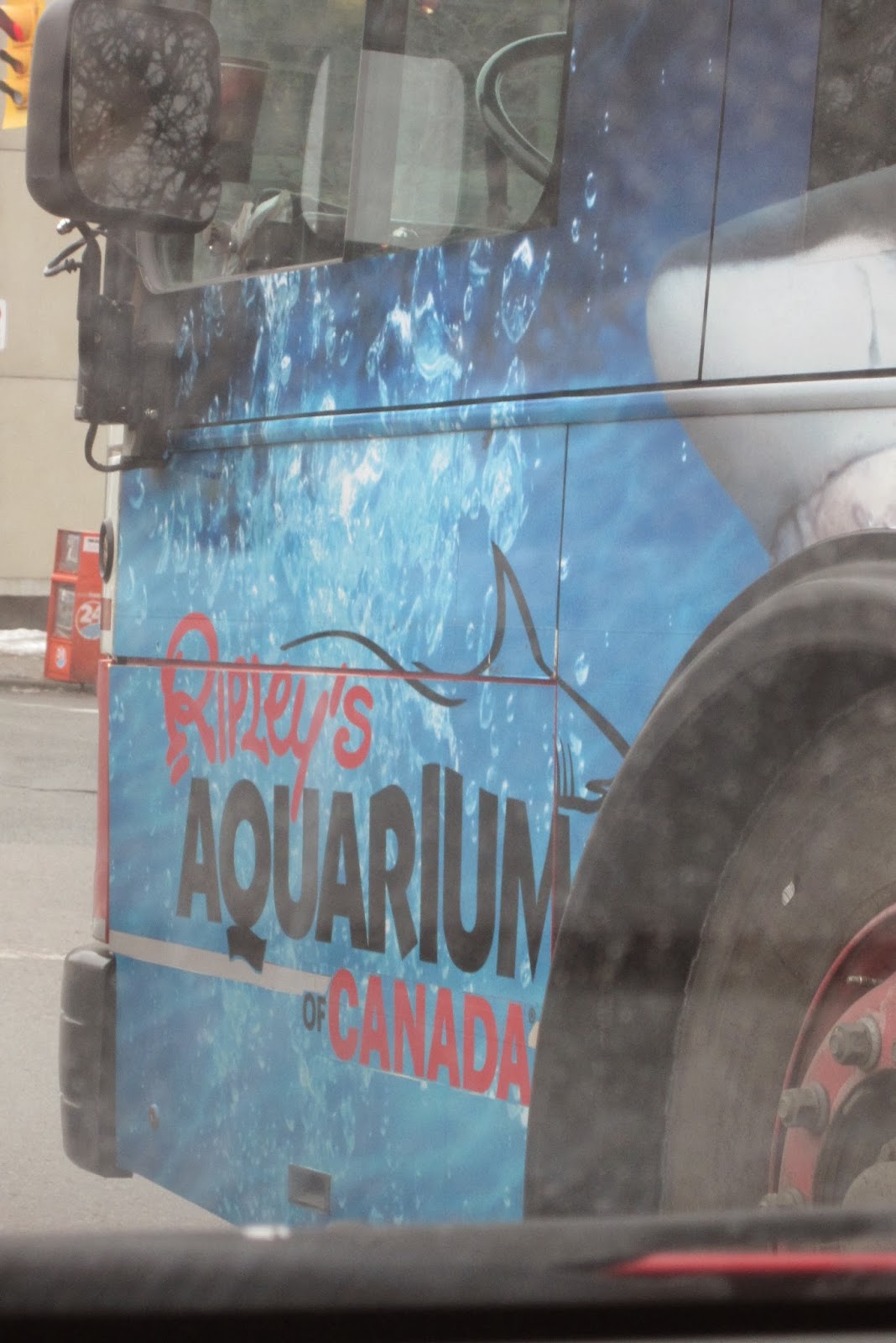 I also happen to like Hadrian, the name Justin Trudeau (our next prime minister ;)) has given to his new born son. His elder son is Xavier. Now Xavier means house and Hadrian is associated with cities and walls. Is Justin building an empire? According to statistics Xavier is immensely popular and Hadrian doesn't even make the charts. However a variant Adrian does. Also given that Francophones often do not pronounce the "h" at the beginning of some words, maybe orally, the new baby's name is closer to Adrian.

Other names on my list are Sebastian, Tobias and Winston. I think that there maybe a few people out there that are really fortunate to not have been named by me :)

The picture? I took this at a stop light downtown last Saturday morning. We have a new aquarium in the city and I know that Ripley's is a name everyone knows, though I'm not sure you would give it to a child as a first name. It sounds a little too wavy or wrinkly. Now when I think of sea creatures, I always think of the name Ahab. It's just one of those larger than life names, though few children are given it these days. I'm not surprised!!

Have a signature day!!
Posted by Carol Tomany at 10:24 AM