Sesquipedalia and the Meaning of Life.....

This has all happened before and I know it will all happen again. It's Sunday morning and I haven't an idea in my head for a post :) There was lots of "stuff" on FB, but again, much of it was repetitive - trite memes, boring lists, not-so-cute animal tricks - sigh.

I flipped around on a few blog sites, looked at some YouTube videos and finally ended up in one of my favourite places - Word of the Day. If all else fails, utter something sesquipedalian. It means polysyllabic and it does cast a new light on the situation.

I'm sure that we all remember "supercalifragilisticexpialidocious." It's not that I need to sound "precocious," as the song suggests, it's just that I need to come up with something interesting!! Now the word for the day from wordthink.com was "bifurcate" - to divide into branches or fork. It's a new word for me, so this is good. It seems to be used mainly in the sense of a river splitting into separate streams, as in - The river bifurcates at the base of the mountain. It made me think, though, of anything liquid, splitting apart. I saw the mind dividing into different streams of consciousness, or the soul slipping into other realms. Can you go to these places and come back a different person? Something to explore another time. 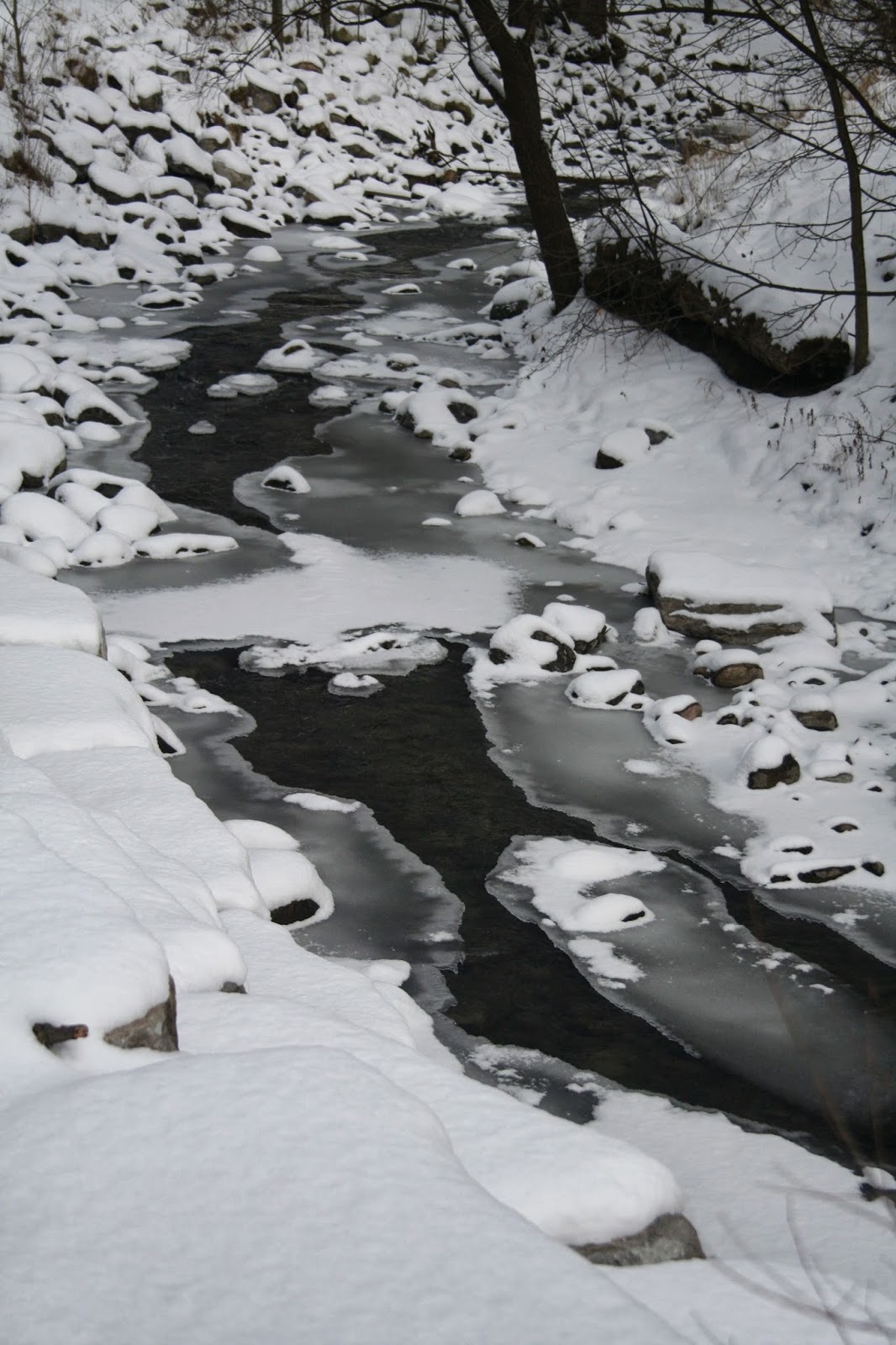 Then again bifurcate doesn't actually sound like a mental or spiritual event. The hard consonants and the growling "r" suggest a negative, as in, "I wish he would bifurcate himself." Well, maybe and perhaps it is better than some of the alternatives :)

The other word place I visited was the Merriam-Webster site. I've forgotten their word for today, but, I liked their definitions on mugs, aprons, T-shirts and pet dishes. Yes, if all else fails find a word to define and put it on a mug or in a post :)  Not many, though, were sesquipedalian, maybe it says something about what we buy to define our lives!!

The picture? an unbifurcated stream :)