I went for a three mile walk on Friday. It was -13ºC, but it was brilliantly sunny with no wind. There, I had to qualify my walk or people might think that I'm more than a little insane. Somehow I couldn't just say that I didn't mind walking, even though it was bitterly cold. Maybe it's a Canadian "thing" - right up there with apologizing for everything!!

I always remember a line, from Trial By Jury by Gilbert and Sullivan -

"She could very well pass for forty three in the dusk with the light behind her."-  Another memorable qualification.

My mother would always sing these lines. She actually had the lead role in Trial By Jury once, when she toured with a company that entertained the troops. (There is an entertainment side to war.) The irony here is that for the performance she wore a beautiful bridal gown complete with a veil and all the trimmings. The next week she was actually married, however, she just wore a suit with a ruffled blouse. There really wasn't the money for all the finery and in fact because she was a Protestant and my father was a Catholic, they couldn't have a formal church wedding anyway. They were married in the rectory, much to my grandmother's dismay!! 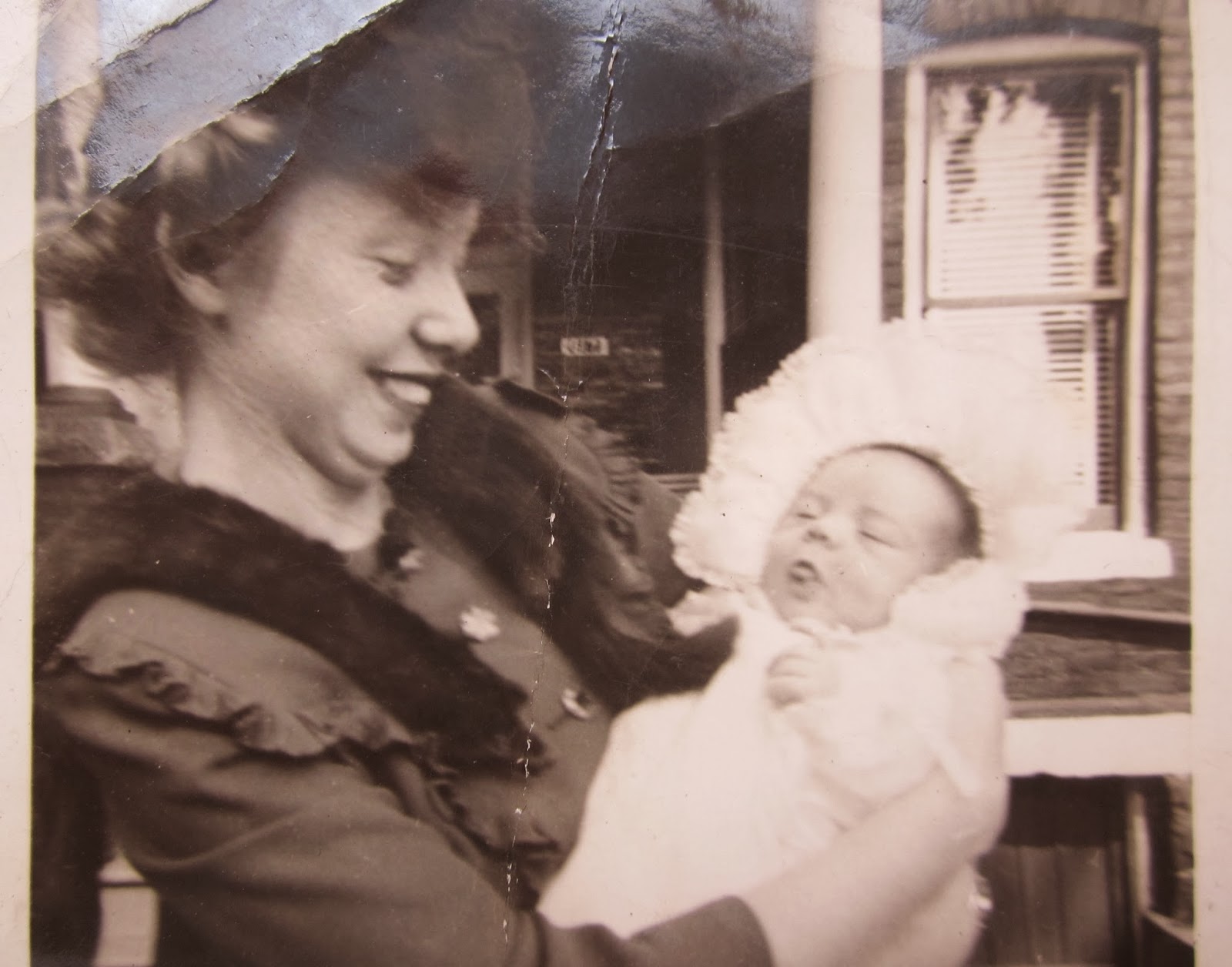 Qualifications, at times, can be major hurdles, not just minor excuses. Then again, those who plunge ahead oblivious of the need for any qualifications, often fare very well. I remember once telling two people on two different occasions that I was going to design some knitted items and then create patterns for them. Both asked me what courses I had taken to qualify me for the task. Really one does not have to go to art school to paint. It may help, then again, it may not :)

I often muse on the irony of being qualified in order to be a parent. Because we have three children, who are all adopted, we had to have three separate home studies done to qualify us as suitable parents. No one, who has biological children, is required, before conception, to prove that they will be good parents.

Just a potpourris of thoughts today. Nothing very special. I get a sense that I'm marking time for the grand opening of the earth and that moment when Persephone suddenly reappears!!

The picture? My mother and I. One might say that she had no qualifications to be a parent, with her first, however, in the end after 5 children - 3 biological and two adopted, she probably had the equivalent of a PhD. As for me, I guess that my take on life hasn't changed much over the years :)

Have an awesome day!!
Posted by Carol Tomany at 9:11 AM