Finding a flat in Rome was very easy. I think that it took my husband about two or three days with emails back and forth to finalized a great place that was steps to the Tiber, five minutes from the Vatican and walking distance to all the other must see sites in Rome, except the Colosseum, which was a bus ride away. This apartment had two bedrooms, two bathrooms, it was completely renovated and worked perfectly for us.

Paris has been a little different. After about a week, my husband found three units, all central with these trade offs -

1. Latin Quarter - stones throw from the Seine, however, the kitchen is tiny and ill equipped. There is one bathroom, with a tub, but no shower. The reviews suggested that it was a little dirty, because guests are expected to clean it for the next tenants - not a great idea.

2. Slightly north of the Lourve - this unit has a shower stall, but no bath. It looks nice but it's on the 6th floor with no elevator - puff, puff, gasp!!

3. The third unit was close to the river as well, but had a small bedroom in an open loft and another double bed screened off from the living room. There were no pictures of the bathroom - never a good sign. 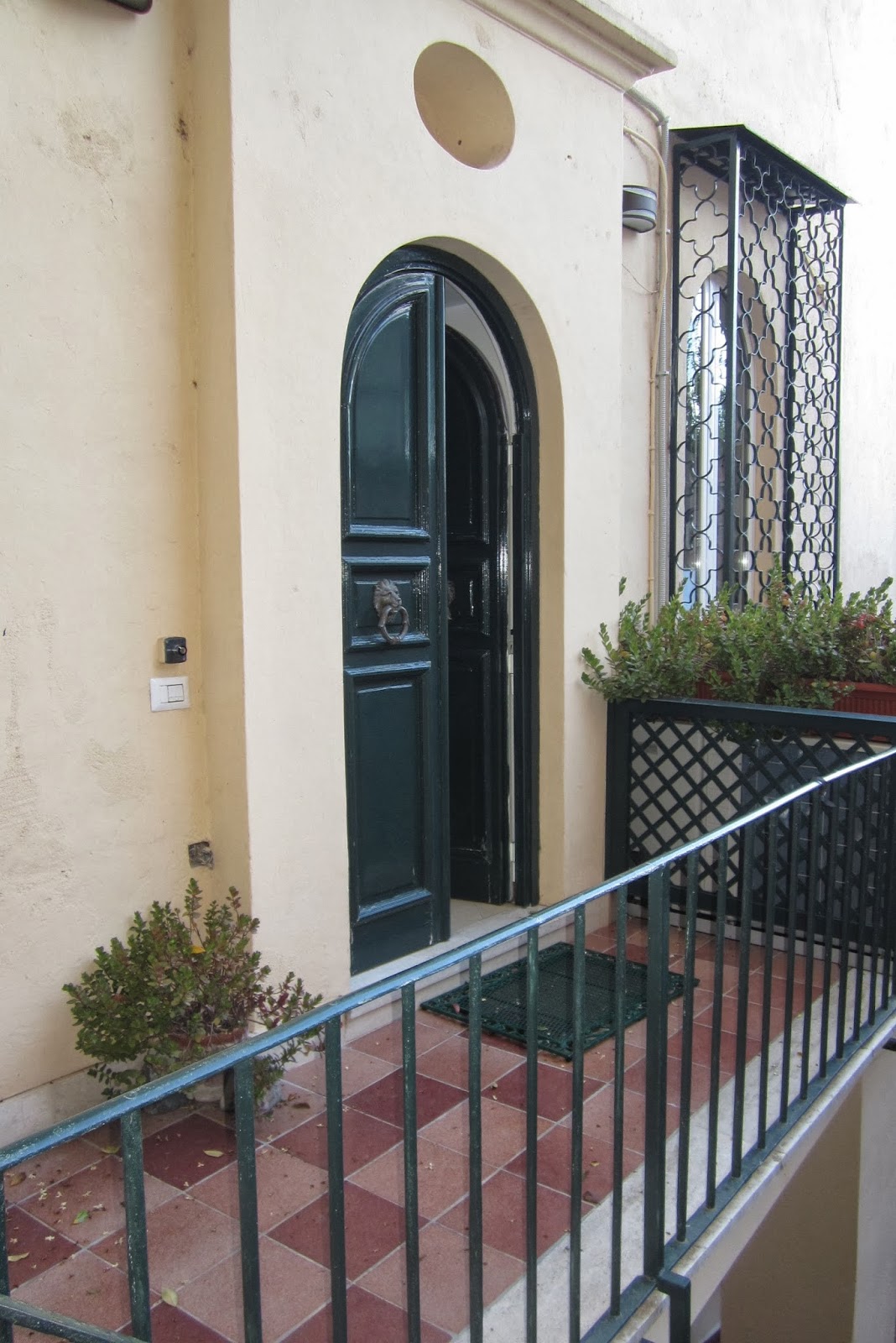 All three of these were the equivalent of $2,000.00 for the week - yikes. We have since found another very small unit, at half the price, with a wonderful kitchen and bathroom, but it's about a half hour walk from Notre Dame. I did want to be closer. We're still looking.

Cannes has not been a problem. We found a nice place with two bedrooms, a glass shower, balcony and a view down the street to the sea. I was also able to find several walking trails in the area and the train runs regularly to Antibes and a few other nice (no pun) places along the coast.

No, Paris has been a challenge. I'll keep you posted.

The picture? The entrance to our place in Rome last year.