Warming up to Snow...

I have said before, many times in fact, that I live in a country where it warms up to snow!!! Well, the weather has been hovering around -20ºC for almost a month, now and although it's been often quite sunny, it's been far too cold to take a walk longer than from the house to the car or from the car to the office. Brrr.

That's why when it warmed up yesterday, even though it snowed continuously most of the day, I got out and walked. First I walked to the office. I know I drive on weekdays, because those are work days. But on the weekend, I often walk well past the office in a three mile loop that gets me home again, exercised!! Yesterday, however, I had a number of errands to run. I had to pick up my iPhone, which I had mistakenly left at the office. I love the weather app on the phone and was quite lost without it :) Then I had to pick up a baguette for our dinner of pasta with clams later and finally, I decided to drop into the local library to see if they had Middlemarch. I am thrilled that we still have, within walking distance a small library, which the government, in its effort to save money, or keep us in ignorance, has for some reason decided not to close, just yet anyway! 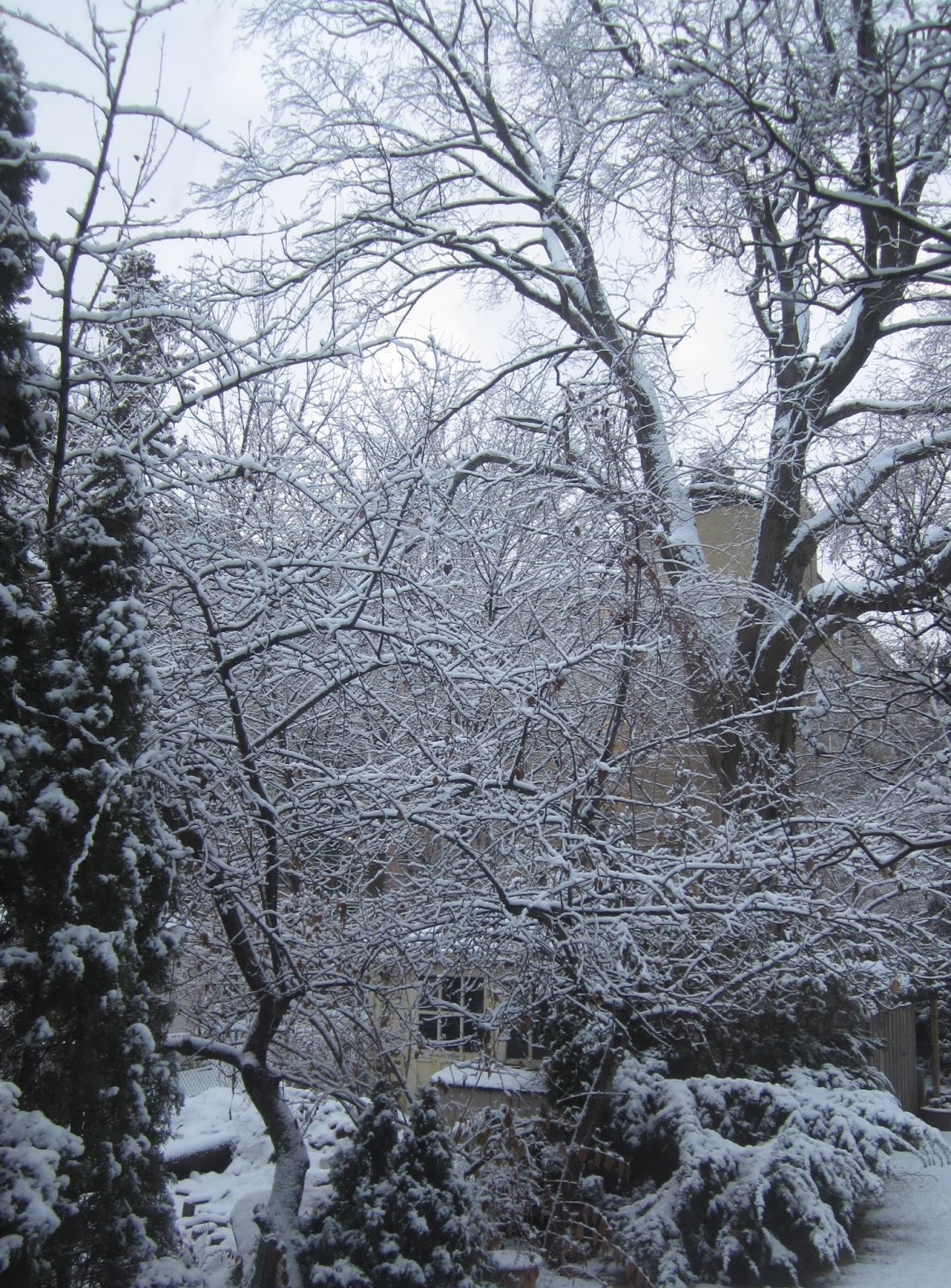 I was a little dismayed, though. They didn't have Middlemarch in their collection, nor did the larger library near a large bookstore, both of which are still open and operating, have it either, sigh. I was also a little surprised that I had to remind the librarian of the author's name, George Eliot. Librarians apparently don't know everything :) Alas, I was hoping to save myself a little money, by borrowing the book, rather than paying $20.00 to buy it at Indigo. I walked home consoling myself that I would have to have read the book in two weeks, if I had got it at the library and maybe it would take me a little longer - I'm a slow reader - and then I would have to have renewed it and maybe someone wanted it etc. etc. Free always has strings attached, and maybe a librarian or two, as well :)

Later that day, my husband proposed another walk. Even though my scarf, hat and mitts were still a little damp, I decided that, if we walked to the bookstore, I mentioned earlier, I could perhaps buy a copy of Middlemarch. The snow was still falling and it seemed thicker and wetter than before, but it was still very mild, just around 0ºC, almost balmy!! Eureka, Indigo had Middlemarch at a mere $13.00!! I can now have a long leisurely read, while I wait for Spring!!