There was an interesting post to my FB wall yesterday about knitting. Yes I am still involved in the knitting community and I do enjoy articles that add to its mystique!! The article from The Guardian,  listed several little know facts about knitting and its uses, other than to make scarves, socks and sweaters!!

There were several references to Yarn Bombing, which uses knitted items to "decorate" trees, lampposts, statues etc. in urban areas. The idea is to make "the world" a more colourful, if not a better place!! In addition, there were references to knitting and its relationship to various protests during the French revolution, along with descriptions of knitted islands, clocks and shrouds. My favourite, however, was the note about knitting patterns, as secret codes during WWII.

Here is the excerpt -

During the Second World War the Office of Censorship banned people from posting knitting patterns abroad in case they contained coded messages. There was one occasion when knitting was used for code. The Belgian resistance recruited old women whose windows overlooked railway yards to note the trains in their knitting. Basic stuff: purl one for this type of train, drop one for another type. 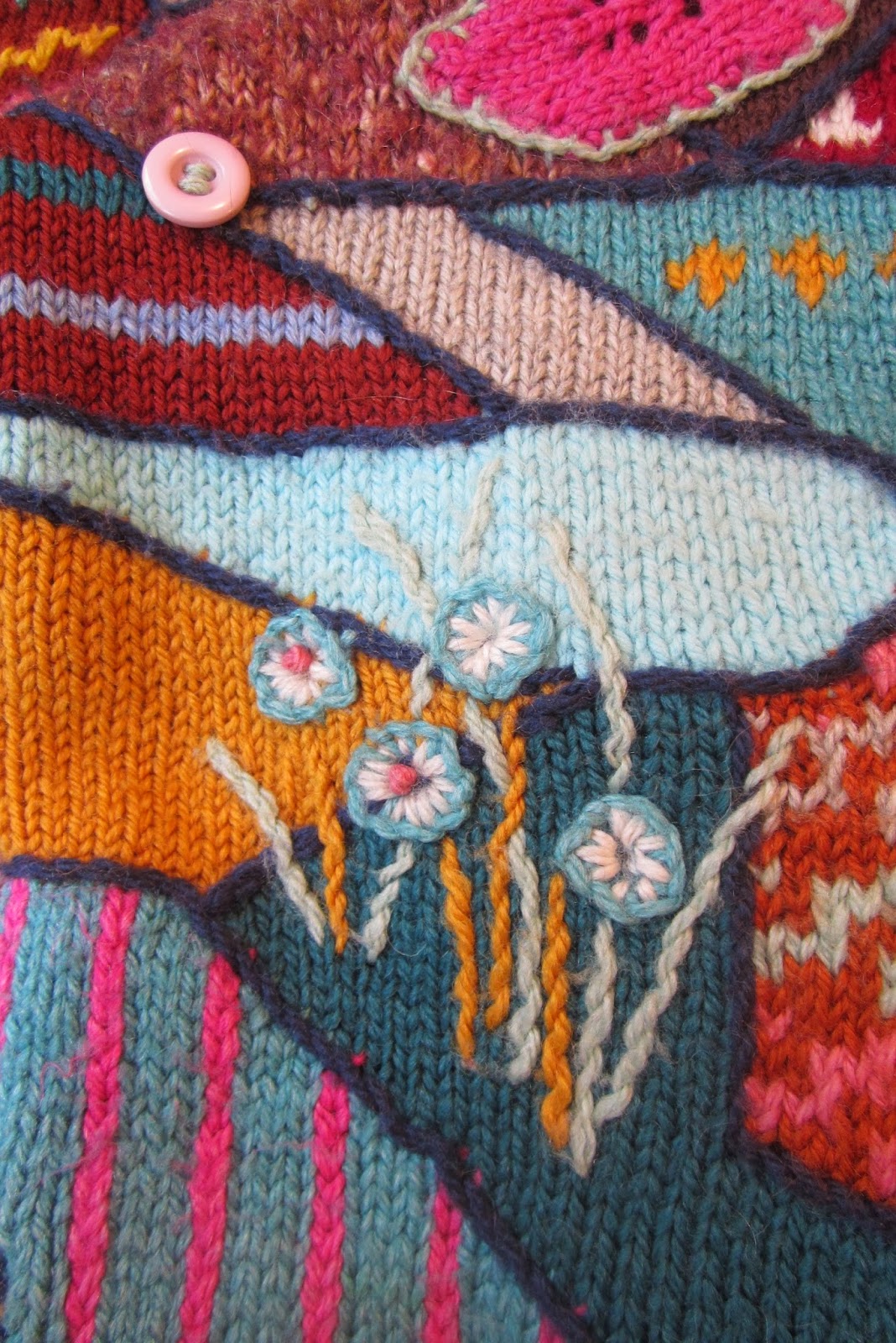 This is neat stuff!! I wonder, though, if the article was just scratching the surface. Maybe a whole lot more went on under the guise of a knitting pattern. What could K3tog or SSK really have meant, for example. And again might intricate cable designs have actually been strategic battle plans for the allies? I have to believe that the codes were hidden in patterns for small items such as socks and gloves. Knitted garments in pairs would allow for subtle changes in the wording of a pattern or the insertion of intentional errors. Then again there are enough twists and turns in a sock pattern to destroy an entire enemy battalion!

Now if all those coded directions were actually knit as garments, one could keep a lot of spies warm and cozy during a long cold war :)

The picture? Secret messages from behind the needles - every stitch holds a story :)
Posted by Carol Tomany at 11:29 AM