Yesterday it was about -1ºC and the day before it was 0. I walked through the cemetery in the sun, listening to my iPhone. It was bliss!! In fact, I hadn't listened to all of my music in over a year, because it was on an old MP3 player, which I just never remembered to take with me, when I left the house.

However, since, I declared a snow day for myself last week, I had time to transfer the music from the old player to my iPhone - It wasn't easy, even though it should have been. All I needed to know was that I had to first put all those tunes into a folder called iTunes and then magically do a drag and drop to the phone, which was plugged into my MAC!!  But tell me, how was I to know this? This is obviously not some universal truth. No the fundamental commandments of life - "the thou shalt nots" - which have been told to us many times, by many people, throughout our respective lives, somehow have not included the digital basics, you know the "thou shalts." As pervasive as computers are, they are obviously not considered tantamount to our spiritual survival in this world or the next. Maybe not by some, but after several frustrating hours, I can see how many would be on their knees, praying for a sign!! 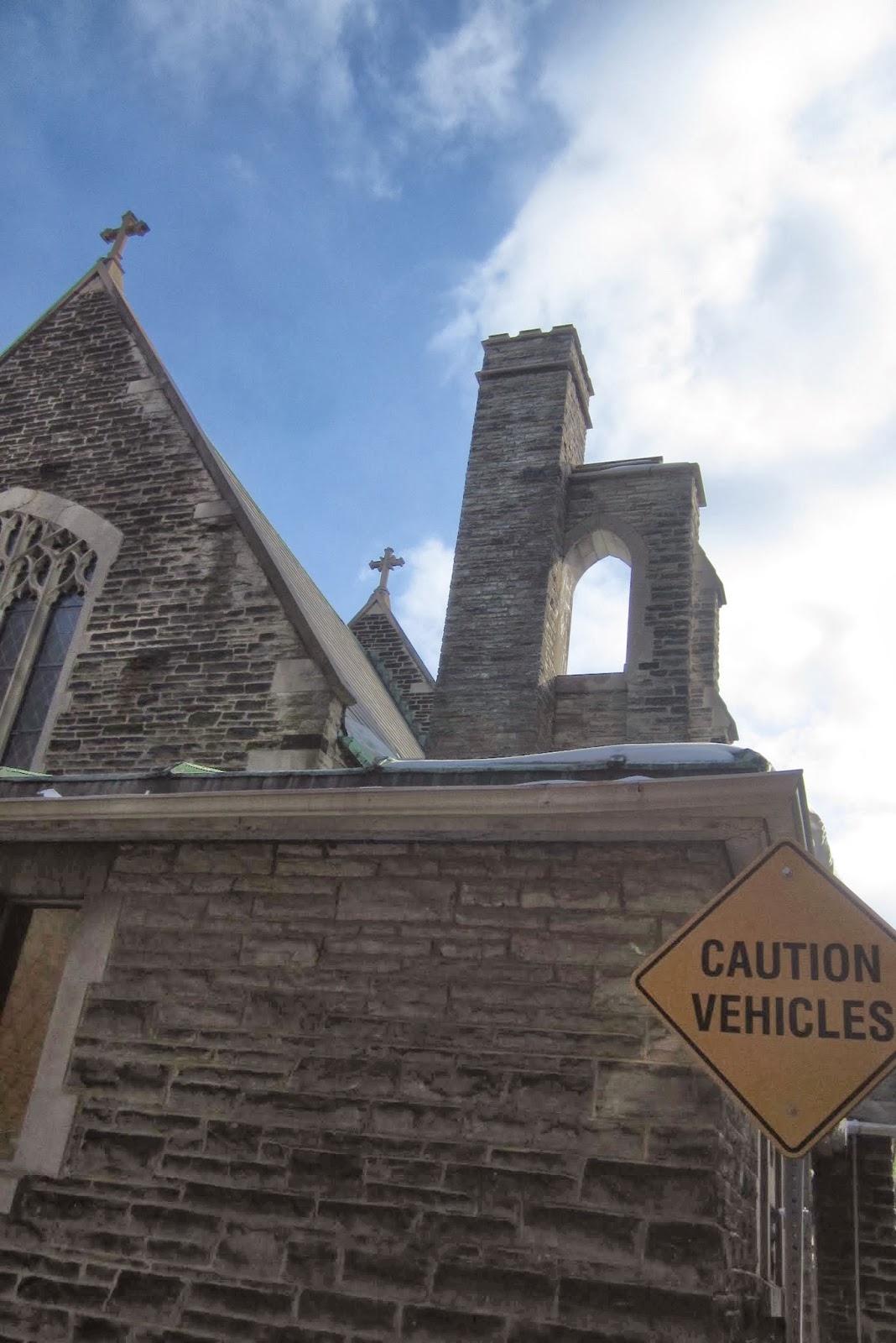 Unfortunately, iMaxims are not found in any Bible. I have never heard a minister after expounding on the virtues of the sermon on the mount say, BTW, if you want to do this and that on your computer, it helps to remember....... (As an aside, it may improve church attendance, just saying.) No, anything of value, as far as computers are concerned is tossed off by teens, pre-teens and/or young adults, who have iGenes spliced into their DNA. My daughter actually managed the music transfer, without really knowing what to do. She did, however, manage to work out what had to be done, intuitively, with just a few clicks. So what took me three hours, without success, took her just three minutes - oh, to be young and wired again!!

The picture? Architectural inspiration from the Newman Centre, University of Toronto. Truths in a digital age reach us through various means or vehicles :)

Have an inspired day!!
Posted by Carol Tomany at 2:50 PM