....Lately I've been feeling a little disconnected. That is, I feel as though there are bits of me all over the place and nothing is coming together in any sort of unified whole. Yes, I am working towards a goal, at present, however, when that is completed, what's next?

Maybe, I am feeling this disconnect, because I have too many ideas rolling around in my head. That is, I have a number of projects on the back burner and I have to decide which of these to bring forward and work on in my spare time - of which I have so much :)  For example, there's that book I wrote for nanowrimo, which is still in its very rough draft. Then there are the two blogs I own. This one, which I post to on a fairly regular basis, and a knitting blog, which, like my hobby, has languished. Then there is the dream, that I had in kindergarten, of becoming an artist. No, I still haven't forgotten about that one.

Add to this the idea I had one day, when I was totally removed from reality, of starting another blog. This would be more of a diary on how I am planning to live to 100 :) or at least maximizing the time I have left, as I approach that goal. However, I still need to write posts for my company, Infiknit, which should really be a little more targeted towards knitting supplies. As odd as it may seem, I know that I would really enjoy writing about pom-pom makers. They are a little like the razzle dazzle of life!!

Add to this, the thought of having to create some sort of income, should I ever decide to retire from Infiknit. Now that won't be for years, however, I do like the idea of knitting and designing and I know that there are markets for knitting patterns on-line, I would just have to commit to resurrecting that other blog and becoming active in those communities again. 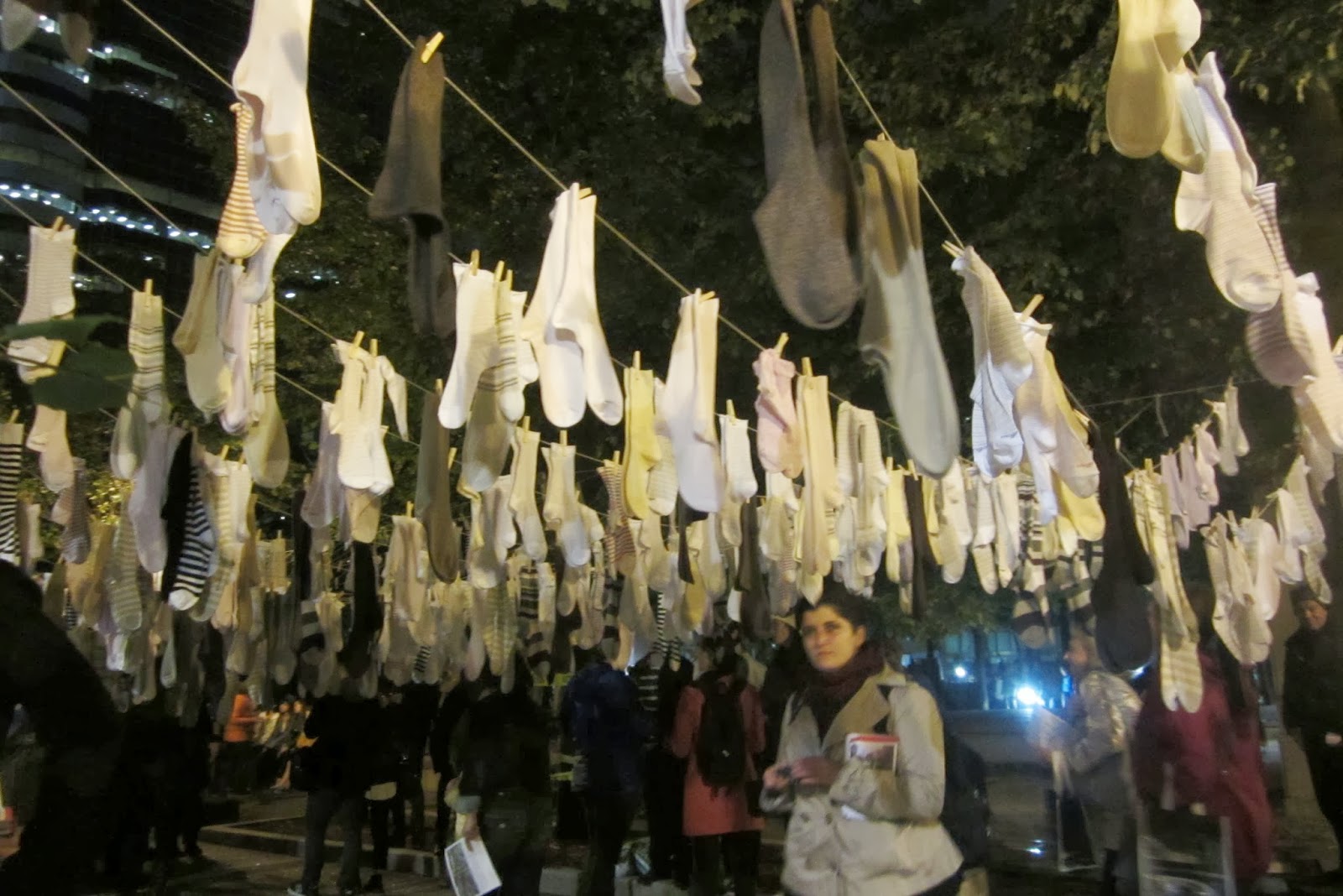 Somehow an ad for a course on publishing your book surfaced on FB. It is being offered by the University of Toronto on 8 consecutive Tuesday evenings, starting in February, at a cost of $300.00. There is nothing like handing over cold hard cash to make you really think about what you want to do. I have decided that the book draft can wait a little while longer, however, I will need to do something about those blogs!!

The picture? The best I could do for a little knitting razzle dazzle and yes you can put pom-poms on socks - for jesters :)

PS - I forgot to mention the 76 books - down from 80 that I plan to read over the next few years. Thank heavens for audio books. I can knit and "read" at the same time!!
Posted by Carol Tomany at 9:58 AM