My husband does the grocery shopping. It started a long time ago when his mother came to visit us once, for seven weeks. I didn't realize that she ate only meat and potatoes. In fact a second vegetable on a plate, at her house, was often potatoes, cooked another way. Sigh.

So I made the mistake of cooking pasta one night and was informed that she didn't eat it, nor did she eat rice. I was at a loss. This was summer and I was loathe to put on the stove for potatoes, well maybe potato salad, but, you guessed it, she didn't eat that either.

I was at my wits end!! Finally, I told my husband that he had to do the meal planning and the shopping, because I wasn't copping well with the limitations!! He didn't mind. In fact, he actually liked it, so much so that he has never stopped. He shops in all the local grocery stores and is on a first name basis with most of their staff. I was always puzzled, however, as to why he had to frequent more than one grocery store. Then one day he let it slip. 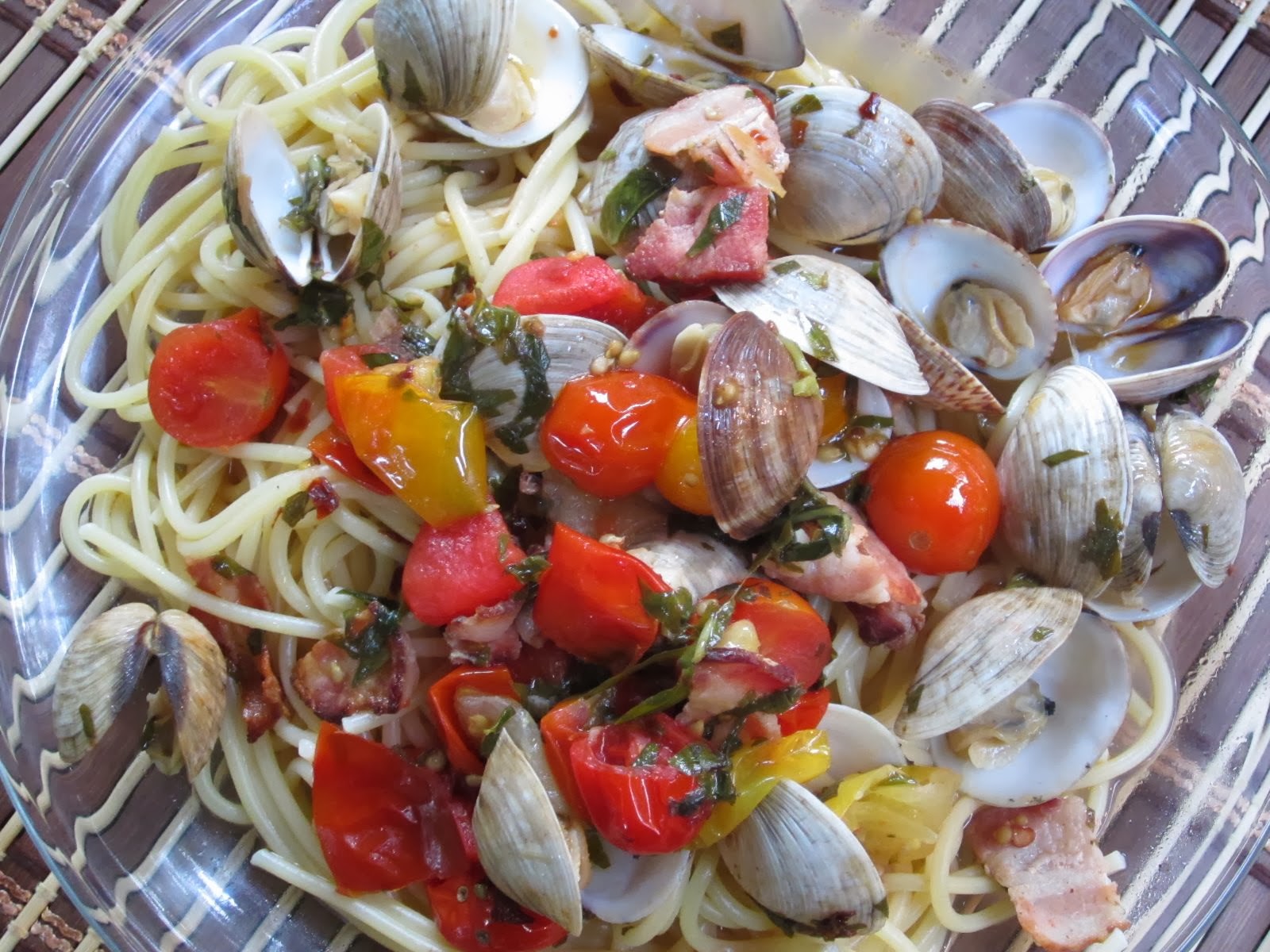 He said, "I was in Sobey's this afternoon, just to look around." Aha!! A food voyeur. I had visions of his fondling the fresh produce, salivating over the standing ribs and eyeing the buns!! Fortunately, it wasn't what I thought. He was just comparing what one store had over another. For example, our local Metro rarely has pot roasts, but Sobey's does. Another store, often has fresh lamb shanks, whereas, the others only have frozen, if they have lamb shanks at all. I know that one store will have clams, but no mussels and another will have mussels, but no clams.

I said, it's like a woman shopping for clothes. I know that I always go to Winners and then Marshalls to look for a bargain, before I go to the other chains. I usually avoid the specialty stores because of the price. Now, my husband always goes to the specialty seafood stores, regardless of the price!! Usually he just buys clams, rather than the sashimi grade tuna, but he has been known to drop a buck or two on raw oysters. In fact, yesterday, he bought 6, on sale for a dollar each - they were even branded, "French Kiss." Food can be quite sexy!!