Bringing out the heavy artillery...

....I know that most of my posts lately have been about the severity of the winter. And it's not just me. It has been very difficult for most of us north and east of the Mississippi. Everyone, it seems, has been hunkering down, pulling out the stops, as it were, and loading up on the heavy artillery.

For example, there is something about an ice storm that lets you know which of your neighbours have chain saws (winter artillery) - something you may want to commit to memory. They may pass them off as bush clearing equipment, but then, if they don't have a cabin in the woods, why do they have several chain saws in a urban pied-à-terre? just saying :)

OK, I don't have a chain saw, however, I still gear up every morning, in fairly full battle armour. 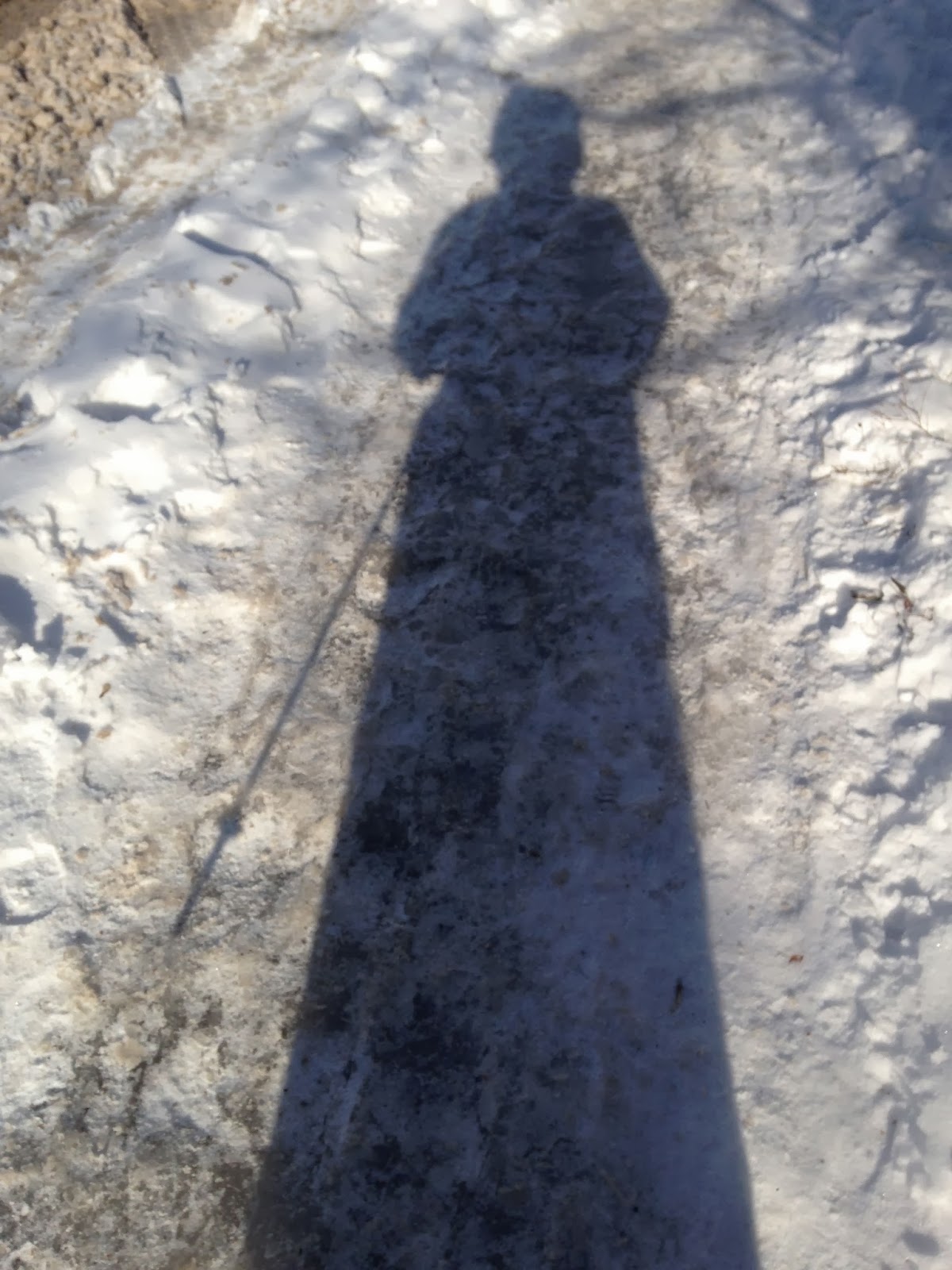 2. Trax - those jaw like metal contraptions which attach to boots, to stop you from slipping on the ice (or not) as the case may be.

3. One hiking pole - two are just two dorky and yes, maybe I would rather die, than be caught dead with dual poles - Is this redundant?

4. Can opener - metal device - a.k.a. tank (Honda Civic) key on very cold days. Really how can anyone go into battle without a battle key!!

5. Nerves of steel - the roads are ice, the sidewalks are ice, the air is frigid and everyone else is fighting their own battle to survive!! You will have to stand your ground, because, if you don't collapse accidentally on the ice, you may be knocked to it!! 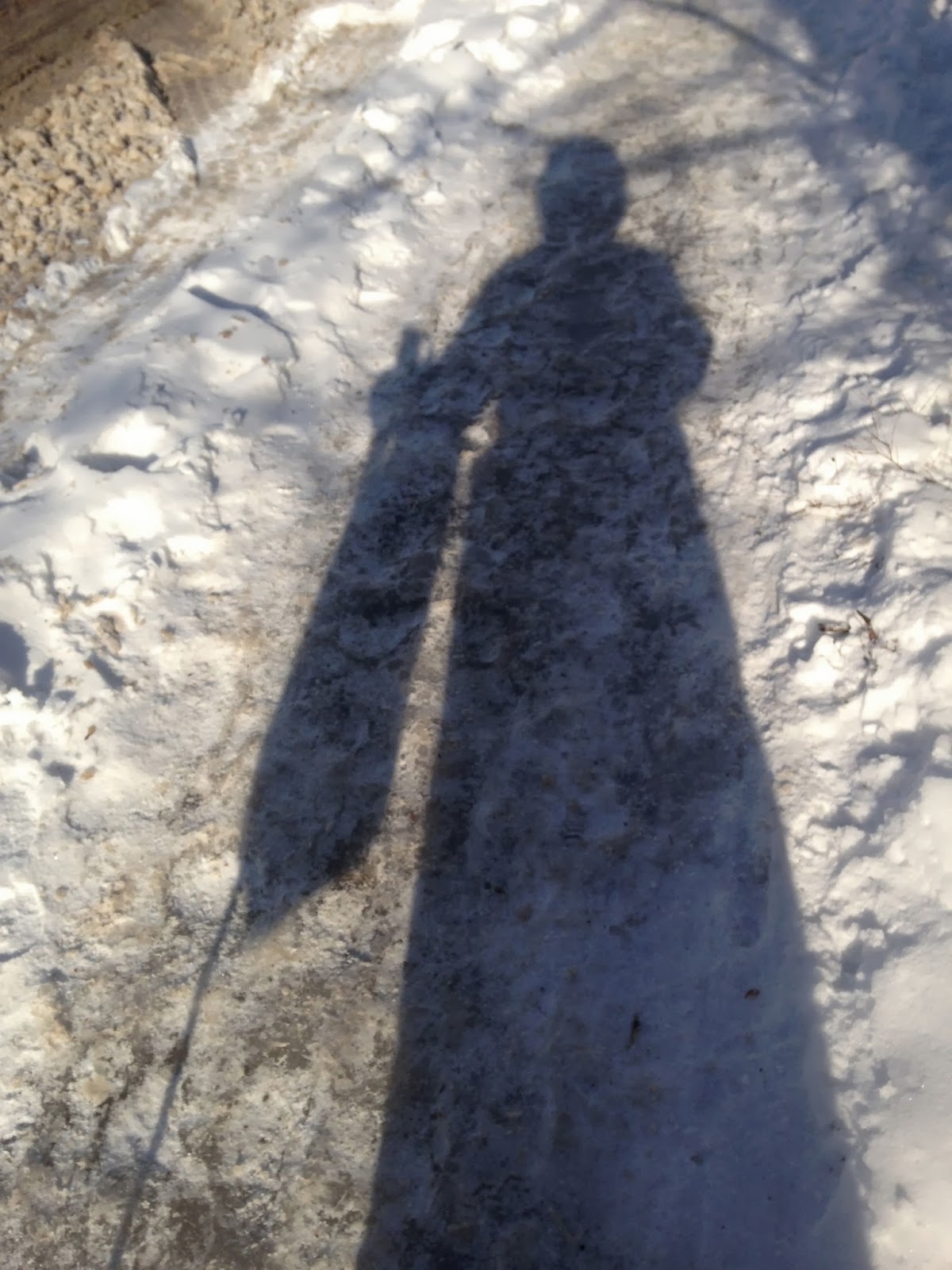 The pictures? "selfies" on an urban sidewalk in a big city - minefields of snow - navigated in full armour!!