Mental Floss posted on FB a short essay on 6 embarrassing things we do and why we do them. Well, I just had to read the list, which goes like this:

1. Pushing doors marked Pull - Actually both words look very similar and in a rush, who looks to see what the word is really saying. Given that there are no standards to how doors should open, many of us make this mistake often. I like the doors that open for you. However, I have been known to stand for a minute or two waiting for what I presumed was a self-opening door, only to find that I had to push one of the panels. Nothing looks more like dementia than someone standing for a long time just looking at a closed door :)

Then there is the panic of getting caught in one of those subway turnstile doors that look like revolving grates. This happened to us in New York with our youngest. We might have just had to leave him there, if it weren't for the kindness of strangers. Someone used their pass to get him out. Ultimately it was the right decision :)

Ogden Nash elaborated on this "door thing" in a poem which I have included in the post. Life is also a series of attempting to use doors with the sign "Please Use Other Door."

2. Talking to yourself - certainly in the days before mobile talking devices, people talking to themselves in public were given a wide berth. I still do a double take when I hear someone talking on a not very obvious cell phone. I know that my father could "start a fight in a empty room," and I often talk to myself at home. The grey area for talking to yourself is in the car at a stop light, I guess that you could always pretend that you were singing or reciting poetry :)

3. Lying about seeing a movie or reading a book. I could never lie about seeing a movie, but I will say, if it's true, that I have read the book, when someone mentions a movie, or vice versa. It gets complicated when you read book reviews, but rarely read books. People will mention that they have read a book and I get really excited because I have read the review. I have to remind myself that it's not the same thing.

4. Repeating stories - This happens often, particularly if your life is not that exciting and it gets worse the older you get. Of course to avoid the problem you could just remain quiet - very boring or you could try to create opportunities to have interesting things happen to you - very dangerous and then you start getting caught in that loop again. To whom did I tell the story about setting the pot on fire and almost burning the house down? Now I could tell my bat story or the one about leaving the cat in the fridge ad infinitum!! 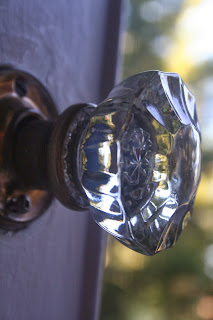 5. Dropping your cellphone in the toilet - better than your dentures :)

6. Getting song lyrics wrong. I am always mis-quoting. My brother-in-law once criticized me for saying "The more things change, the more they remain the same" in English. The original is in French. Well, he is a bit of a pedant. Here is a link to a site that lists some famous lyrics gone wrong. I like -

Here is the poem by Ogden Nash

What is life? Life is stepping down a step or sitting in a chair.
And it isn't there.
Life is not having been told that the man has just waxed the floor.
Life is pulling doors marked PUSH and pushing doors marked PULL and not
noticing notices which say PLEASE USE OTHER DOOR.
It is when you diagnose a sore throat as an unprepared geography lesson
and send your child weeping to school only to be returned an hour
later covered with spots that are indubitable genuine.
Life is a concert with a trombone soloist filling in for Yehudi Menuhin.
But, were it not for frustration and humiliation
I suppose the human race would get ideas above its station.
Somebody once described Shelley as a beautiful and ineffective angel
beating his luminous wings against the void in vain.
Which is certainly describing with might and main.
But probably means that we are all brothers under our pelts.
And that Shelley went around pulling doors marked PUSH and pushing doors
marked PULL just like everybody else.

The picture? I also turn door knobs the wrong way :)

Have a great day!