War of the Poppies

Remembrance Day always makes me a little sad. Maybe it's survivor's guilt - my father returned or maybe it's just the frustration that there has to be war at all. I am also saddened by the fact that Toronto's mayor, Rob Ford, will speak at the cenotaph for the ceremony at 11:00am today. This is a man who knows nothing of sacrifice, honour or compassion. In fact his very presence is a desecration to the memory of the heroes that gave the ultimate sacrifice.

Then there is the counter "white poppy" movement. These people believe that the red poppy celebrates war and that we should really be focusing on peace. Again, they have no idea of the true meaning of the red poppy. I wonder if any of them have ever been to Flanders. None of them are parents, I'm sure, who have lost children in the wars. Blood is red, not white.

It is a grey November Day. In fact I can't remember a November 11, that wasn't grey. I'm sure there were a few that were sunny, I just can't remember them. Time for some cheering up. These are the better stories from the war that I remember my parents telling.

My mother, I think, harboured a secret loathing for my father's family. My mother was an only child and my father was one of six. At the start of WWII, my father and his brothers approached their impending conscription as follows:

1. The eldest brother sought and achieved a dispensation because he was the eldest and sole support for his mother, aunt and grandmother. The irony was that he lived with relatives over an hour's drive away, however, I guess that he sent money home. My mother was sure he spent every penny on himself.

2. The second brother joined the Navy and had the good fortune of rising to the rank of Quartermaster of Supplies, spending the duration of the war on a warm island in the Caribbean. My mother has never forgiven him.

3. The third brother joined the Red Cross and was stationed overseas as an ambulance driver. He was always the peacemaker in the family and chose a fitting role in the war. He also regularly sent beautiful gifts back to his wife in Hamilton - another thorn in my mother's side. 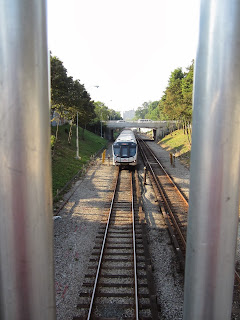 4. My father tried to join the navy as a frogman, however, a medical condition disqualified him. He was upset by the rejection and moped around for a few years before realizing that, if he didn't enlist, he would be conscripted into the army. He joined the Air Force, as a radar technician and was stationed in London during the blitz. He may have written a letter or two home and even sent a card when I was born.

5. My aunt joined a women's division of the services and worked for the war effort at home. The youngest brother was too young to enlist. I think that my mother always thought that the youngest could have joined, if he really wanted to.

No one ever talked about the war at family gatherings, however, occasionally, my father would mention a few of the antics that they got up to. There was talk of hot wiring service vehicles to get to town on a Saturday night or flying missions over enemy territory to bring back case loads of wine for the officers' mess. There were the near misses and the fortuitous finds. One such find was just after an aircraft, my father was in, got hit by debris. The force knocked out their navigational system. The pilot was flying blind. Fortunately it was a clear night and my father was able to make out a rail line on the ground. They followed the tracks, which ultimately lead to the coast and home.

I'm feeling a little better now. The picture is the best I could do for train tracks!!

Have a fortuitous day!!