Add a little bull to your marketing plan.....

Mental Floss just shared a post about 8 back to school items with a story. One of these products is Elmer's Glue. Apparently when the glue was first introduced in 1947, it didn't sell very well. However, once the company added the face of a bull to the product, sales took off. Here is the story.

For almost as long as kids have been eating glue, they've been eating Elmer's Glue-All. First released in 1947 by Borden, the dairy company, the glue wasn't a big seller until they added the now-familiar bull logo to the bottle. Over the years, rumors have spread that the bull meant the adhesive was made using animal hooves or hides, but those are just urban legends. In fact, the original Glue-All was made from casein, a milk by-product that Borden had in large supply thanks to their dairy operations.
The bull came to be on the label after Elsie, Borden's famous spokescow, was hired to star in the 1940 film Little Men. Her shooting schedule prevented her from attending the World's Fair that year where she had always been incredibly popular. So, in desperation, Borden found a bull they could use instead, called him Elmer, and said he was Elsie's husband. Elmer was a big hit with Fair-goers, too, so he became the spokesbull for the company's chemical division. His face was added to the glass bottle of Glue-All in 1951, which is when sales finally took off. A year later, the packaging changed to the now-familiar white plastic bottle with the orange dispenser tip and has stayed that way ever since. 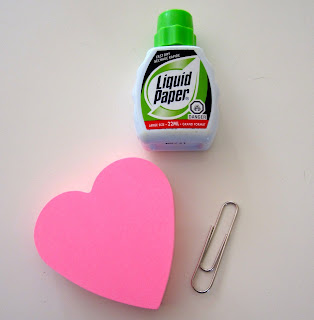 Or add a little cowboy, to boot up sales of your product. Here's a story about the popularity of the metal lunch box.

In the early part of the 20th century, most kids packed their school lunch in an empty cookie, biscuit, or tobacco tin. In 1935, a company called Aladdin tried to create a market for specialized lunch boxes by putting Mickey Mouse on the cover of their tin box. But even The Mouse couldn't convince kids to buy en masse. Aladdin didn't give up, though, and they had their first bonafide lunchtime hit in 1950 when they released the Hopalong Cassidy lunch box to young baby boomers. Available in red or blue, the box and thermos combination featured a crudely drawn picture of the popular TV and radio cowboy on one side.

As lackluster as that sounds, Aladdin sold 600,000 Hopalong lunch boxes in a single year. Hoping to hop in on Hopalong's success, the King of Cowboys, Roy Rogers, asked Aladdin about getting his own lunch box. But Aladdin turned him down, saying one cowboy was enough for them. So Rogers went to American Thermos, who upped the ante by covering the entire box and thermos with a full-color likeness of Rogers, setting a new standard in lunch box design. In 1953 alone, an impressive 2.5 million Roy Rogers lunch boxes were sold. But Roy's lunchtime reign was short-lived, because you can't keep a good mouse down. The Disney School Bus, featuring Mickey and the gang, became the most popular lunch box ever with 9 million units sold after it was released in 1956.
Finally it might not be about the image you put on your product, but where you actually put your product. Some attribute the invention of the paperclip to a Norwegian because people in Norway pinned a paperclip into their lapels to show solidarity against Hitler during WWII.

A lot of knitters actually wear sheep pins or small samples of their knitting to show their enjoyment of the craft!! Now I wonder what sort of decoration one would wear for lingerie football :)

The picture?  There is also an interesting story behind Liquid Paper, Post-it Notes and a paper clip trade - someone on-line traded up a giant paper clip over a series of trades and eventually ended up with a house in Saskatchewan.

Have a memorable day.