5 Ideas For Blog Posts Gleaned From My FB Wall

I was reading a blog post today by another author, Jairam Mohan, who got the idea for the post from the site Just Write. They post regular prompts, such as the italicized script below, which you use somewhere in your writing. Here is Jairam's use of the sentence, Ben and his kite.

The dark clouds rolled in quickly, casting strange shadows across the landscape.

Sometimes you just need a prompt, a word, a hint or a thought that someone else has had to spark an idea for a blog topic.

Today I have had a few:

1. Someone on FB reminded me that it was national book week and you were to grab the book closest to you, turn to page 52 and post the fifth sentence down to your status. I have written about this exercise before - The meaning of life." I wasn't sure how it would inspire more people to read books until I read a sentence that someone else posted:

"No one knows why these previously mild and pastoral people suddenly became aggressive and adventurous, but for two centuries they were everywhere-- in Russia, Iceland, Britain, France, Ireland, Greenland, even North America."

Now I have to find out the title of that book and read it!!

2.  It's Bill Murray's birthday and Mental Floss posted some amazing fan art for him! One could do an entire blog post on quotations from Bill Murray -

Dana: His name is Oscar.
Peter Venkman: Named after a hot dog, you poor man, you poor, poor man.


3. There was also an article in the NY Times on messy desks and what they say about you or how they can act as inspirations to others. I think that I must be some creative evangelist then, because I have one of the messiest desks!! 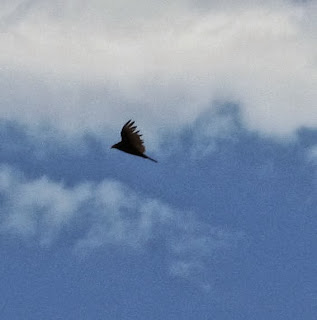 4.  Cracked.com posted a list of 5 personal things you can tell about a person just by looking at them. Well it's after 12:00 noon today and I am still in my night dress...maybe you could say that I was lazy :)

5. Again from Mental Floss - There was a list of 7 awesome things that birds can do!! For me all they need to do is fly - I consider that pretty awesome!!