On the naming of uncles...

...well maybe it's not actually the name that one gives to an uncle, as I'm sure that he has one already and it's rarely "Bob." I've written about that name before. No, I was curious as to the origin of the word "uncle." It seems like one of those strange words that seep into English from nether worlds. Well as it turns out, it isn't really all that strange. The word comes from the Latin avunculus, which, with a bit of massaging, means "uncle."

Now "crying uncle" is quite different and this link will give you more information than you ever wanted to know about "giving in." ...and you may want to :)

The old TV series The Man from U.N.C.L.E., which actually means United Network Command for Law and Enforcement is a lot more mysterious than the actual word uncle. 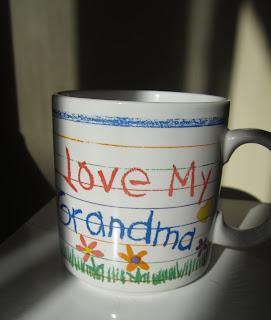 Well I couldn't finish this post without a reference to the origin of the word "aunt." Apparently this comes from the Old French "ante" and/or the Latin "amita" - father's sister. It is ultimately from the past participle of the verb "amare"- to love, so it could mean "beloved."

Just as an aside nephew also comes from the Latin Nepos - probably tied up with nepotism. Niece similarly through various old english re-incarnations comes from the Latin Neptis. For cousin, I'll stick with the Middle English "cosin," because if it does come from the Latin "consorbrinus" it took a wrong turn somewhere in old France. For sister, I'll stick with the middle English "suster" again the Latin "soror" is a long way off. Brother from the Old English "brothor" because the latin is frater. For that matter - mother is mater and father is pater from the latin with lots of evolution through the old norse, and germanic tongues.

Into each day, a little trivia must creep. Consider this your shot for today :)

The picture? The best I could do on a family theme from the cupboard, because if I opened the closet, I don't know what would have fallen out :)

Have a wonderful day!!
Posted by Carol Tomany at 9:08 AM