....or box or tin..etc... I was reading a review on the weekend of a new book by Michael Pollen. His first, "The Omnivore's Delight," is an expose of the modern industrial food chain - think corporate farms, with a huge eye on the bottom line. His second, "In Defense of Food," moved the ideas developed in book one, into the main stream, from the alternate lifestyle fringes. We can credit the rise of local organic markets, backyard livestock, and the general idea of cooking and eating from scratch to a lot of Pollen's research.

The reviewer went on to suggest that much of Pollen's brilliance may be lost though on a large portion of the population, because many don't know how to cook, or at least how to cook the fairly unprocessed foods at these sustainable markets. In other words, if your idea of cooking from scratch is Bar-B-Q-ing a pre-packaged frozen hamburger, then you need to go back a generation or three.

I was feeling pretty smug, because I do make my own hamburgers and try to buy as much humane, ecological friendly product as I can. I stopped polishing my nails on my lapel, though when I read the following -

"In the next generation, cooking a meal from scratch, will seem as exotic and ambitious or extreme as we, today, regard brewing our own beer, baking our own bread and putting down our own preserves."

I was stunned. I realize how much I just take for granted. I think that I may be cooking from scratch, but I use tinned tomatoes and a few other basics all the time. I did not "can" these, someone else did. So I have given control of what I eat over to a company who harvests and preserves these ingredients for me. 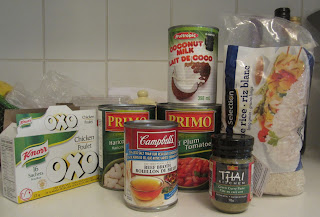 I remember my mother and grandmother "doing down," in mason jars what they would need for the winter - pears, peaches, apple sauce, beans - green and yellow, carrots etc. This was a time before freezers, when canned goods were expensive and not a lot of fresh produce was available at the supermarket in January and if it were, it too would be very expensive.

My reason for not doing all this labour intensive work now is because all of these foods are readily available and not that expensive fresh, frozen or tinned. However, there is a hidden cost. The food is plentiful and cheap because it is grown thousands of miles away, in countries that don't strictly legislate the use of commercial pesticides and fertilizers. Food varieties are cultivated or created to withstand transportation, produce high yields and are generally corporate friendly. We are losing control over what we eat and subsequently who we are.

Now I realize what my generation has lost - it's so easy for us to pick up the ingredients - in a box, bag or tin -  to cook from "scratch." How far away from the basics will the next generation move. In the future, will cooking at home, be considered unusual. Will something like mashing our own potatoes be deemed as quaint as curing our own sauerkraut or making our own sausage is today?

I'm not sure what the answer is. Time restraints and the need to earn money outside of the home prevent many, myself included, from doing all the basics that my grandparents did. However, how do we curb this control over "what we eat, how we cook and maybe even how we think?"

My rant for the day.
Posted by Carol Tomany at 7:40 AM